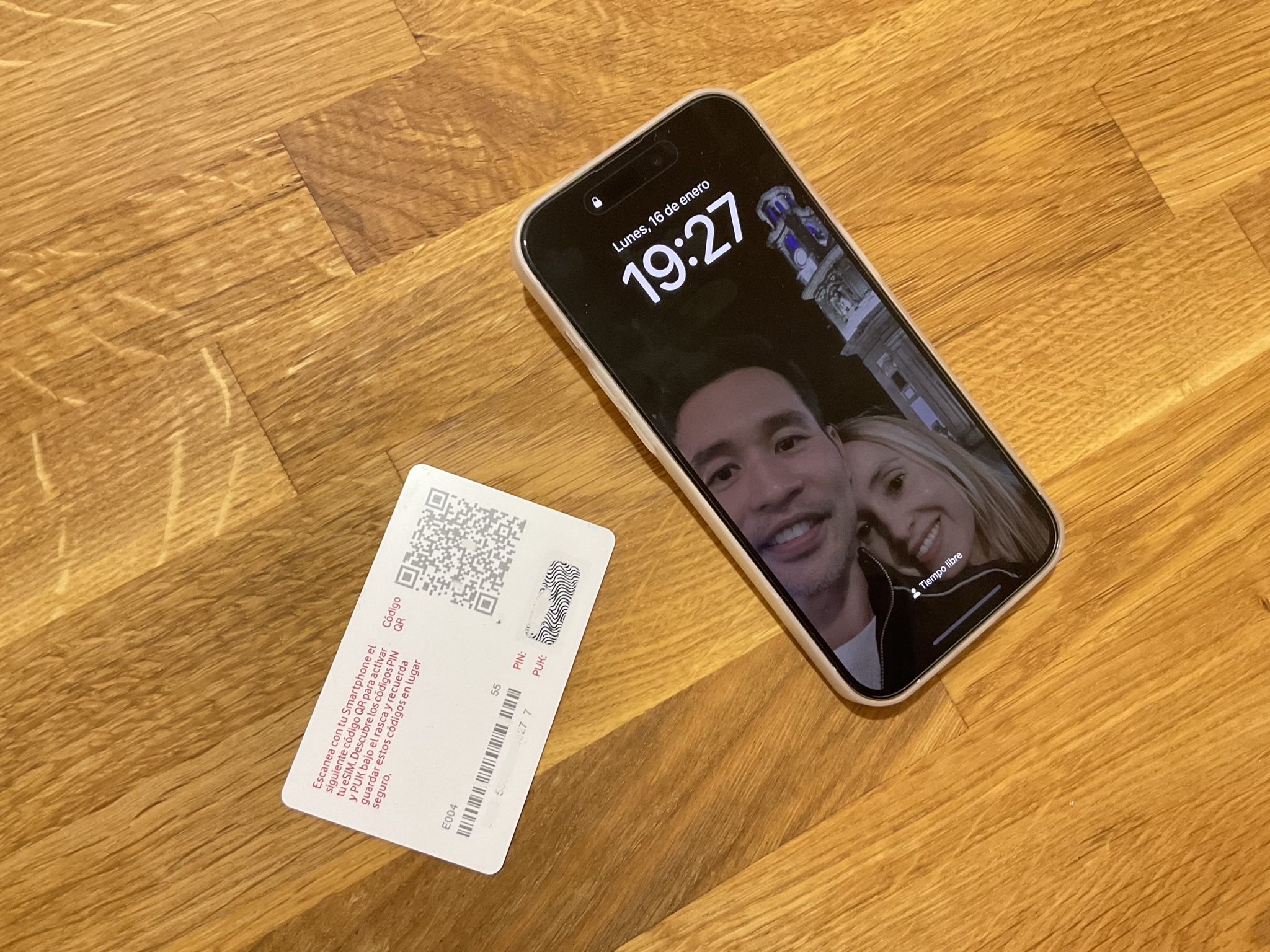 A few months into my successful iPad-Pro-replaced-my-PC experiment, I knew I would replace my Google Pixel 4a 5G with the next-generation iPhone. But in Spain where I now live, iPhones are much more expensive than in the U.S. At the time of this writing, for example, a base-model iPhone 14 Pro costs 1319€ in Spain but only $999 (plus state taxes) in the states. Even after accounting for taxes, the difference is over $250. For me, it was worth waiting to go on vacation in the USA and buy an iPhone there instead of in Europe.

It’s not a perfect comparison because the U.S.-spec iPhone 14 Pro is slightly different than a European one. For instance, the warranties are dissimilar. But they function the same; a U.S.-spec iPhone works perfectly in Europe.

The primary hardware difference is a U.S.-spec iPhone 14 Pro accommodates two eSIMs, whereas a European iPhone 14 Pro has one eSIM and one physical nano-SIM slot. I was using a physical nano-SIM in the Pixel. The SIM corresponded to a pre-paid Vodafone plan that provided 12 GB of data each month and included free roaming in the European Union and the USA.

Before I went to the U.S., I wondered how I would carry over my existing cell phone plan when I switched to a new iPhone while I was out of the country. There was limited information online related to this specific use case. Even the friendly agent inside a Vodafone store could not assure me that I’d be able to activate the new phone with a pre-paid Vodafone eSIM QR code in the U.S.

So I am happy to report that I successfully did so! Here’s how.

Before I bought the new iPhone, I knew about Steps 1-3 and 5. I’m glad to have had the foresight to go to a Vodafone store for the eSIM conversion before I went to the U.S. Otherwise, I would have needed to wait until I returned to Spain to use the new iPhone with my Spanish phone number.

But I didn’t know about Step 4. So the phone displayed the following error message when I tried to activate the pre-paid Vodafone eSIM in California.

After about 20 minutes of web searching, I suspected I needed to delete the eSIM from the old phone. But this worried me. What would happen if I deleted the eSIM and the QR code did not work on either phone? I would have no cellular service!

Fortunately, I had no problems with activating the eSIM after deleting it from the old phone.

Must I go into a Vodafone store to convert the physical SIM to an eSIM? Can I have Vodafone do the conversion online or in the app?

How much does the conversion cost?

How long does it take to do the conversion?

It took my local Vodafone store two days. I went in on a Wednesday and returned to get the eSIM on Friday after Vodafone called me.

But it may have taken them two days because I also needed them to correct some information on my account.

What if my old phone cannot accommodate an eSIM? (Step 2) What can I do to prevent a service gap?

I’m unsure. My store deactivated my physical SIM card just before handing me the card with the eSIM QR code. Maybe the Vodafone store can sell you a card with a QR code, but not deactivate your physical SIM card until you are ready to activate the eSIM. You will have to ask them. (If you do, please leave a comment below and tell me what they said.)

Another option is to do all the steps above and not have cell phone service between buying the new eSIM in Spain and purchasing a new iPhone in the USA. Obviously, that is not ideal, and you’d want to time your purchases well. But it can be done if you don’t mind using only wi-fi during the downtime.