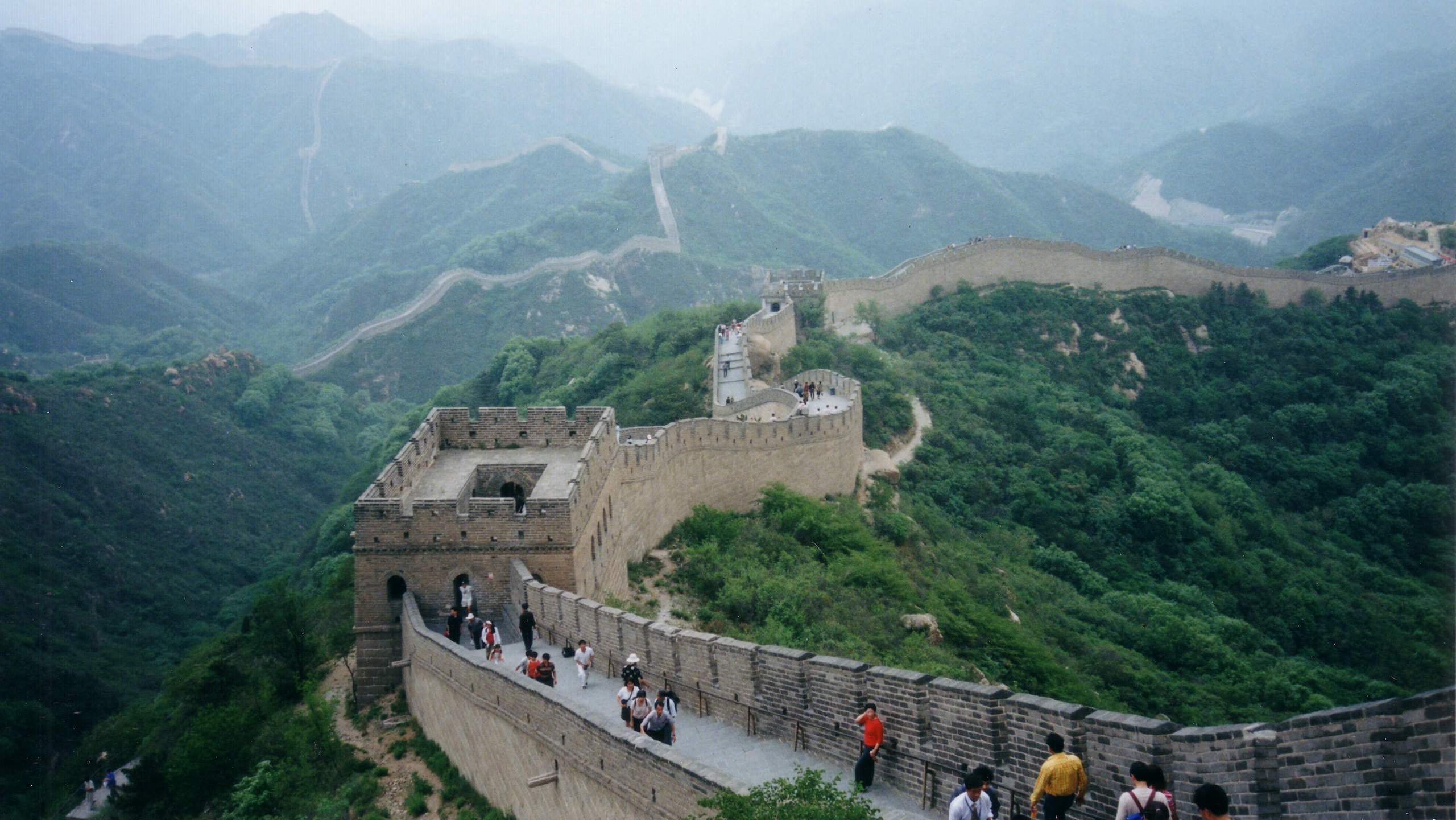 Today we had a chance to climb the Great Wall of China at Badaling, about 80 kilometers from Beijing. We were given two options: stairways up the “right” side, and steeper steps up the “left” side. We could pick whatever side we wanted and had two hours.

Virtually everyone picked the right side, though it was sad that most of the people in our tour group (mostly large, elderly Americans) were not in shape enough to make it to the top. In contrast, even my parents could (a hilarious video was shown afterwards showing my mom and dad being very persistent, yanking on the handrails with their arms while trying to climb the many steps.) But I ended climbing both sides in those two hours.

What did the people who didn’t make it to the top of the right side or the left side miss? For one thing, some of the better views. The opportunity to get a photo taken with a camel. Being harassed by the many vendors up there.

I actually had some fun with the vendors. At first I’d just walk right by them and they’d follow me. So I’d pick up the pace and almost challenge them to keep pace with me. This worked much of the time.

However, some of the vendors resorted to “blocking” tactics. In these cases I pretended not to speak English (though it seemed pretty obvious to them I am American) and spoke to them in broken Spanish instead. This worked a lot until one guy simply switched over to Spanish from his very good English. I was impressed.

I did end up buying one thing from someone: a handcarved depiction of the Great Wall of China, made with chisel and hammer. Here is a photo of it. I negotiated down the price (down to something like 35 RMB, I think) by claiming not to have more money than that.