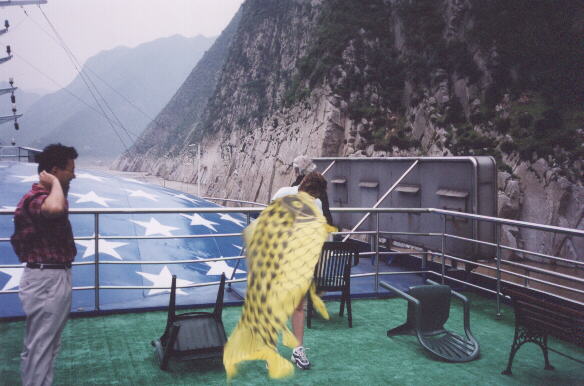 I had never gone a cruise before, so this was real treat! We spent five days on the river that, supposedly, Mao Tse Tung had swam in. The Victoria Cruiseliner featured three-star rooms and stopped at various towns along the way to Xian from Wuhan.

The most astonishing thing to see on the cruise were the markers on the side of the Yangtze River indicating what the level of the river would be in a few years. Due to China’s Three Gorges Dam project, the water level would be a few hundred feet higher, submersing entire towns under water. Over a million people would be displaced and relocated by the government. The benefits include flood control, power generation, more commerce transportation options, and acting as a potential hedge against drought.