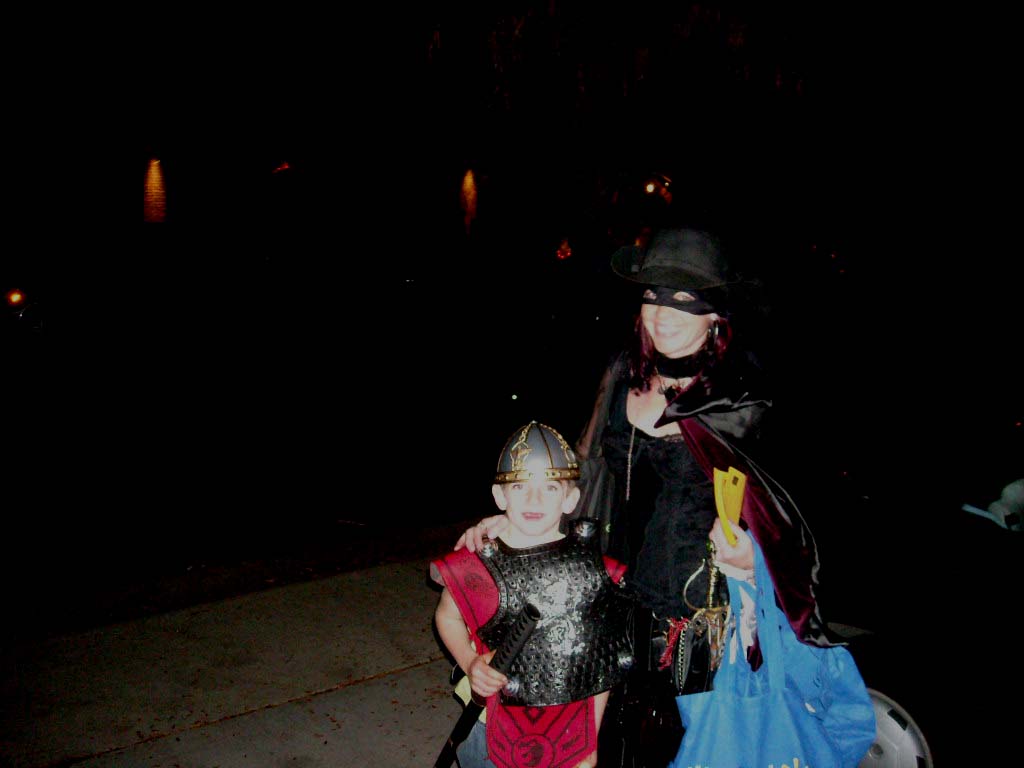 It came as no surprise that my gal-pals Ryan and Tanya were not going to be staying home on what’s got to be their favorite holiday of the year, the day when 70-pound ghouls and goblins roam the streets carrying shopping bags like they were strolling through Macy’s. I also was not a bit astonished when they said they would be dressing up. However, I did raise an eyebrow when they asked me to come trick-or-treating with them. I mean, none of us even really like candy.

It figured. Apparently, the CSU chapter of the Mortar Board National College Senior Honor Society—of which Ryan and Tanya are the president and VP (yes, they are smarties)—were sponsoring a Trick-or-Treating for Books drive to collect people’s literary discards to distribute to children and adults in the community. The day before Halloween, the two of them and other honors club inductees canvassed a neighborhood in western Fort Collins with fliers to give residents a little bit of notice that we would be coming by.

On Halloween, “we” included not only Ryan, Tanya, and myself, but Tanya’s kids Chey, Cody, and Davy; Chey’s friend Crystal; and John and Jon. While the three hours we ended up trick-or-treating would normally be a long time for kids, Chey, Cody, Crystal and Davy did not mind as it just meant more candy they could collect. (“I’d otherwise never let them have so much candy,” Tanya said.)

We strategically covered the neighborhood with Davy, Tanya and I covering one side of the street and everyone else doing the other. At first it seemed like the others had the “good” side of the street considering how many more books they were able to collect, but starting after, say, the first 45 minutes, Tanya and I also had pretty full canvas bags. By the end of the night, we were able to pour enough books into the back of John’s car to fill the back seat and footwells.

I was dressed as a burrito (essentially, my costume consisted of yards of aluminum foil and a foil cap with the word “burrito” written on it), but happily I was not eaten as we decided upon pizza instead of Mexican food for a late dinner. We went to a Pizza Hut that Ryan (with her ever-so-good skills of persuasion) managed to convince the staff to keep the joint open for us even though it was about ready to close. Here the kids exchanged more candy than I’ve ever eaten (and maybe even seen) in my lifetime. I’d say the night was a success, then. We didn’t even have to fend off any ghouls or goblins.