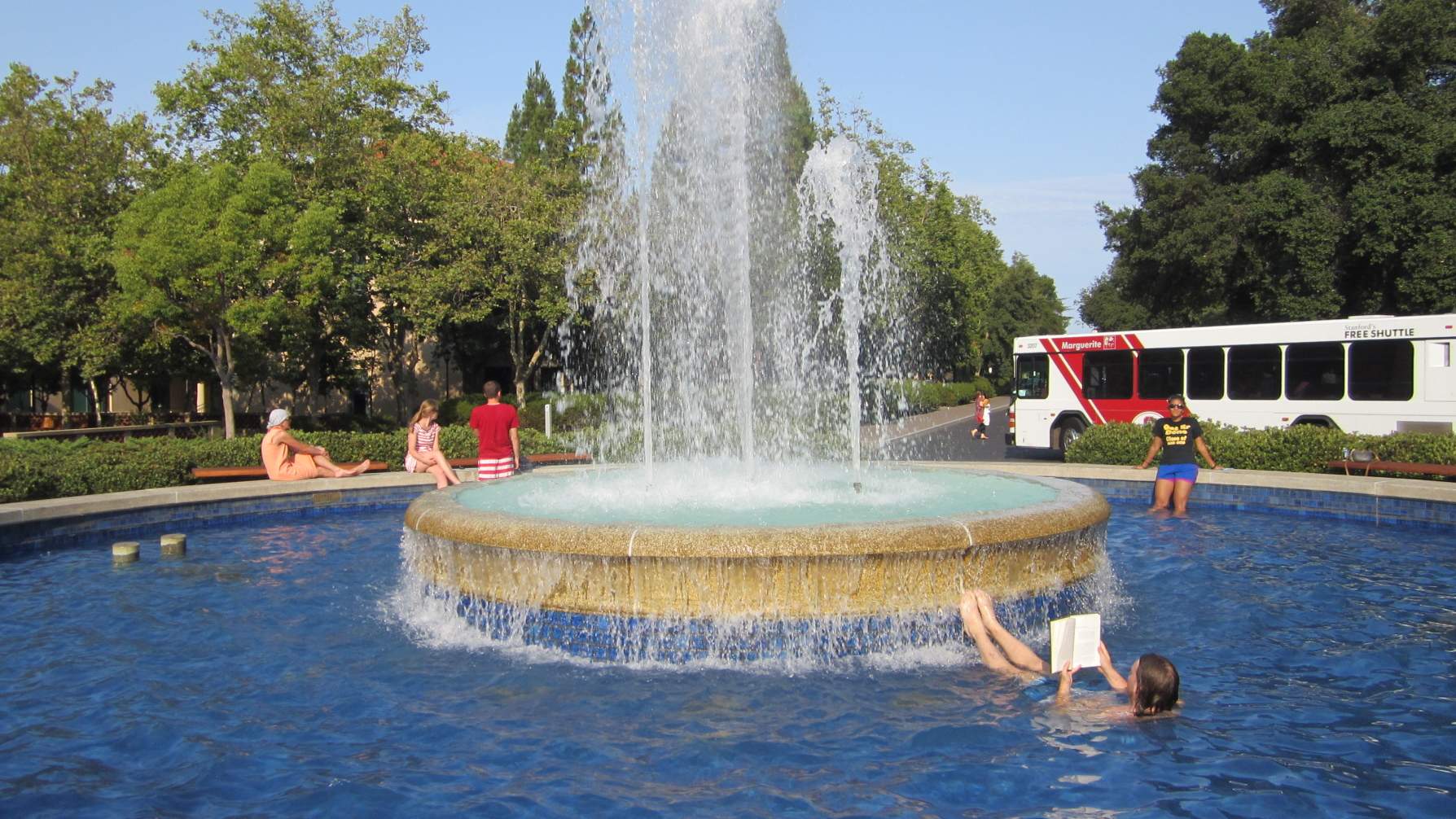 We stopped by my university’s stomping grounds, with the first places we ambled past being the Quad, Hoover Tower, and Memorial Auditorium. Cooling off in the fountain in front of MemAud was a college dude, which wouldn’t have been too remarkable, except he was reading. A book. And not a particularly waterproof one either.

It was this hallowed campus that shaped many of my dreams, prepared me for the real world and provided inspiration with its legions of über-motivated geniuses. Thus it is always nice to visit what still feels a bit like home, even if it makes me feel like I have been under-achieving at times. After all, this is the place that had illuminaries like Jerry Yang, Larry Page, Sergei Brin, Tiger Woods, Fred Savage, Danny Pintaro, and Marissa Mayer going from class to class at the same time as me. It was a special period, one I was proud to be a part of in my own unique way.

Katia said she would have loved to attended Stanford, and I do have to say she looks rather good sporting the cardinal color. She especially liked this sweatshirt.