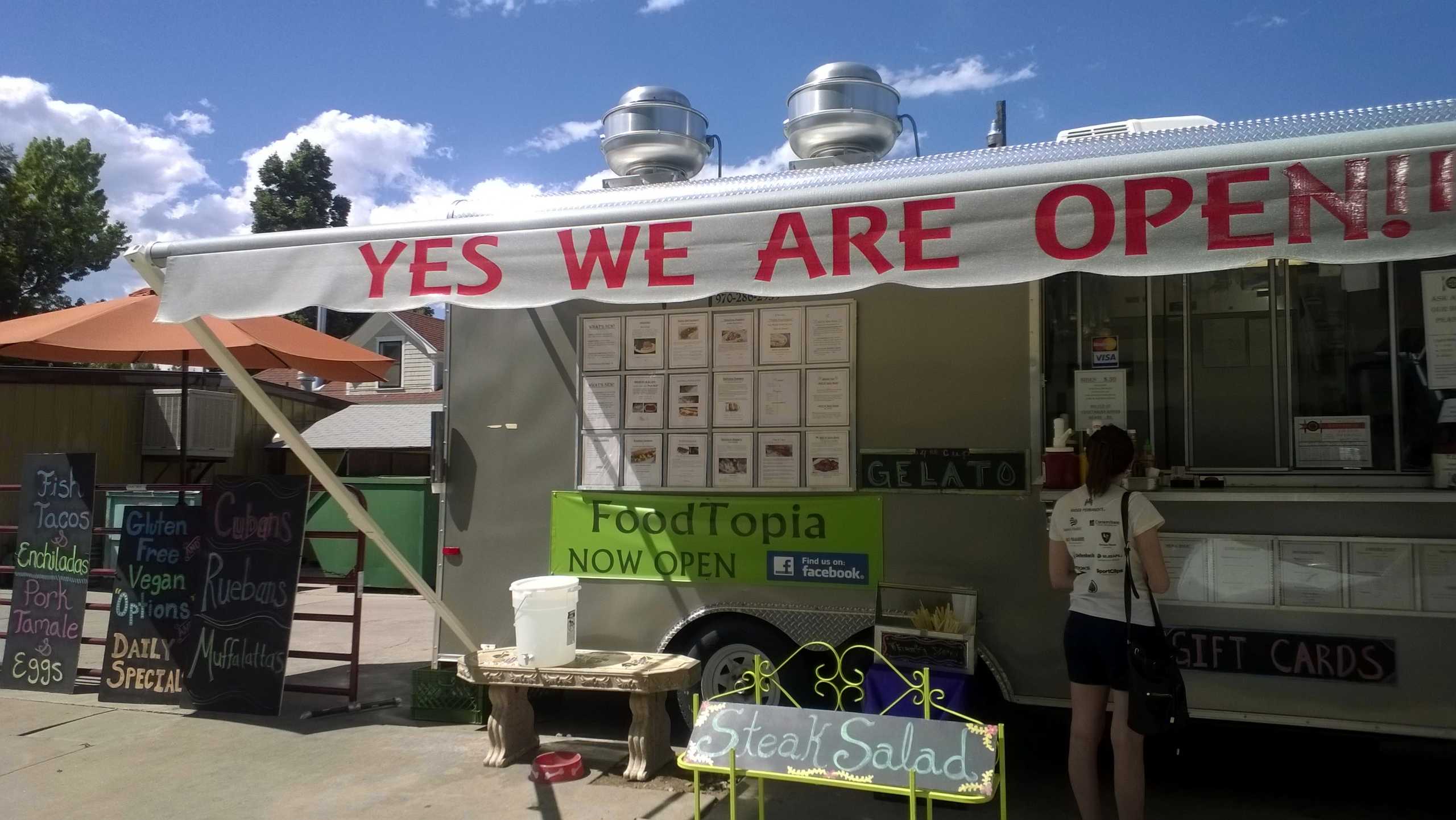 On one midsummer day, Maureen was raving about food trucks. Although they have been occupying various spots with increasing frequency in Fort Collins over the past few years, I had yet to try any. Thus an opportunity for a mini-adventure was born.

“We should do a food truck tour this summer,” I suggested.

So over the next few weeks, we sought out those boxy kitchens-on-wheels, usually at lunchtime or midafternoon. The later afternoon timing actually foiled us as food trucks are apparently much less prominent then. Also, as many of the trucks do not have permanent locations, it was hard to find them as they often were not in places we last remembered seeing them. The typical go-to app for conventional restaurants–Yelp–also pointed us to vacant lots.

Somewhat belatedly, we discovered a resource exclusively for food trucks, carts, trailers and stands: FoodTrucksIn.com. It lists food trucks in your chosen vicinity, sometimes maps them, and provides links to the vendors’ Twitter and Facebook pages (often useful for learning the vendors’ hour-by-hour locations). If you ever do your own food truck tour in the States, visit that website first.

Over the next couple weeks Maureen and I visited the following:

There are undoubtedly more food trucks—indeed, FoodTrucksIn.com lists 14 in area code 80538 at the time of this writing—but that is all we had time to visit.

From the above, I can make a few generalizations about food trucks:

In any case, our little “tour” left me feeling pretty enthusiastic about food trucks and I will be sure to try them in other locations as well in the future.