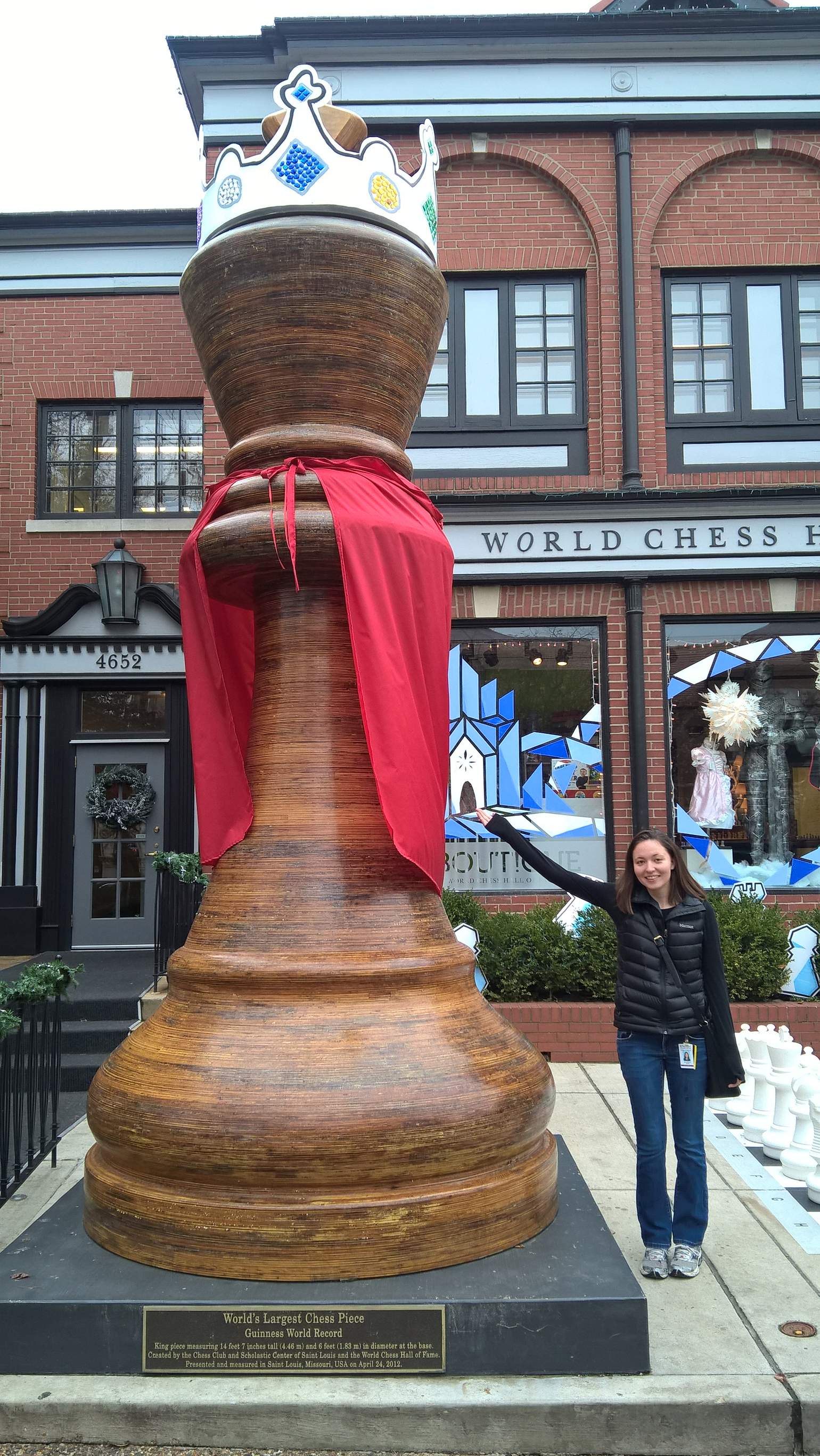 One of the great surprises about St. Louis when we first visited the city over a year ago was a giant wooden chess piece a block away from the hotel we were staying in. This piece was the largest in the world and was situated in front of the World Chess Hall of Fame. Maureen is a huge chess aficionado so she was extremely pleased that this highly strategic Western board game that originated well over 1,000 years ago was well appreciated in this city.

Even though the Chess Hall of Fame was only three blocks away from my minimalist apartment, we only now visited it. There were three floors. The first was a tribute to Ladies’ Knight: A Female Perspective. The second catered more to kids and featured a large playhouse made of giant Legos.

The third floor had plaques of the people inducted into the Hall of Fame. Bobby Fischer, of course, was one of these luminaries. However, I was both surprised and amazed that Benjamin Franklin was inducted too. Apparently, he was not only a great scientist and founding father of the United States of America, but rather good at chess too.

As for myself, I used to think I was good at chess until I was in San Francisco for a conference one day and a homeless dude challenged me to a couple games. He beat me both times within five minutes each. After that, I did not play for many years.

Even after the visit to the Chess Hall of Fame I do not think I will be taking up chess as a hobby, but it did give me a new appreciation for one of the world’s oldest board games.