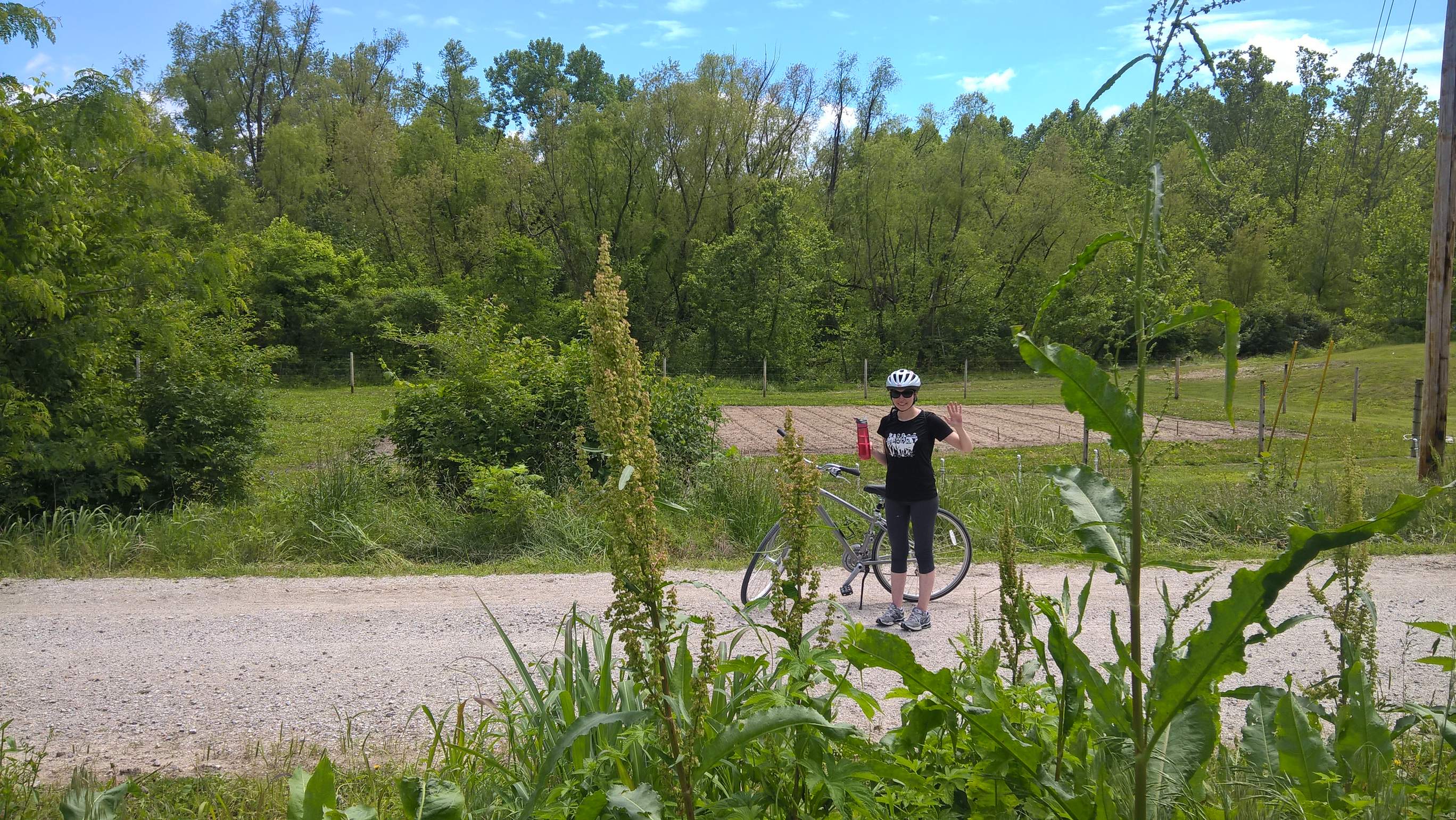 Back in March, I was planning on going for a 20-mile run with the Fort Collins Trailrunners—but then my return flight from St. Louis to Denver got cancelled and subsequently rescheduled for three days later. I would not make it back to Fort Collins in time.

“You can do your run out here,” Maureen suggested. “I can bike while you run!”

That sounded like a good idea; all we needed to do was find a bicycle rental place and an appropriate route. Ultimately we picked the Bike Stop Café in St. Charles—about 20 miles northwest of St. Louis—mainly because of its good rates ($7.50/hour) and proximity to a recreation trail. Yep, the Katy Trail.

On this day, we went out-and-back on the section northeast from St. Charles. I started out at a mid-seven-minute-mile pace, but after a few miles realized that this a bit too fast considering the 70+ degree weather and that we only had one 16-ounce water bottle to split between us. So then I slowed (also forced to by some rather rutted terrain at Mile 5 and 15), and due to our water rationing was parched enough that by the last five miles of the run I was barely ticking off nine-minute miles. I did have enough in me to sprint the final 300 meters, however. For the effort we treated ourselves to ice cream bars and a smoothie at the Bike Stop Café afterwards.

We enjoyed the trail and the rental bike so much that a couple months later in May, we went came back out here to ride bicycles together. This time, however, we rode southwest. By this time the trees were in bloom and even though we saw more cars due to street crossings and a short section that was next to a busy road, we thought this way was more scenic. The trail was also a bit smoother.

For anyone wanting to get away from the hustle-and-bustle of the city of St. Louis for a run or a bike ride, I highly recommend coming out to the Katy Trail and also the Bike Stop Café. The bike shop of the latter will get you out on a smooth riding rental hybrid bike in no time, and the café serves up excellent healthy and natural food such as the Century Wrap or the Schwinn sandwich.