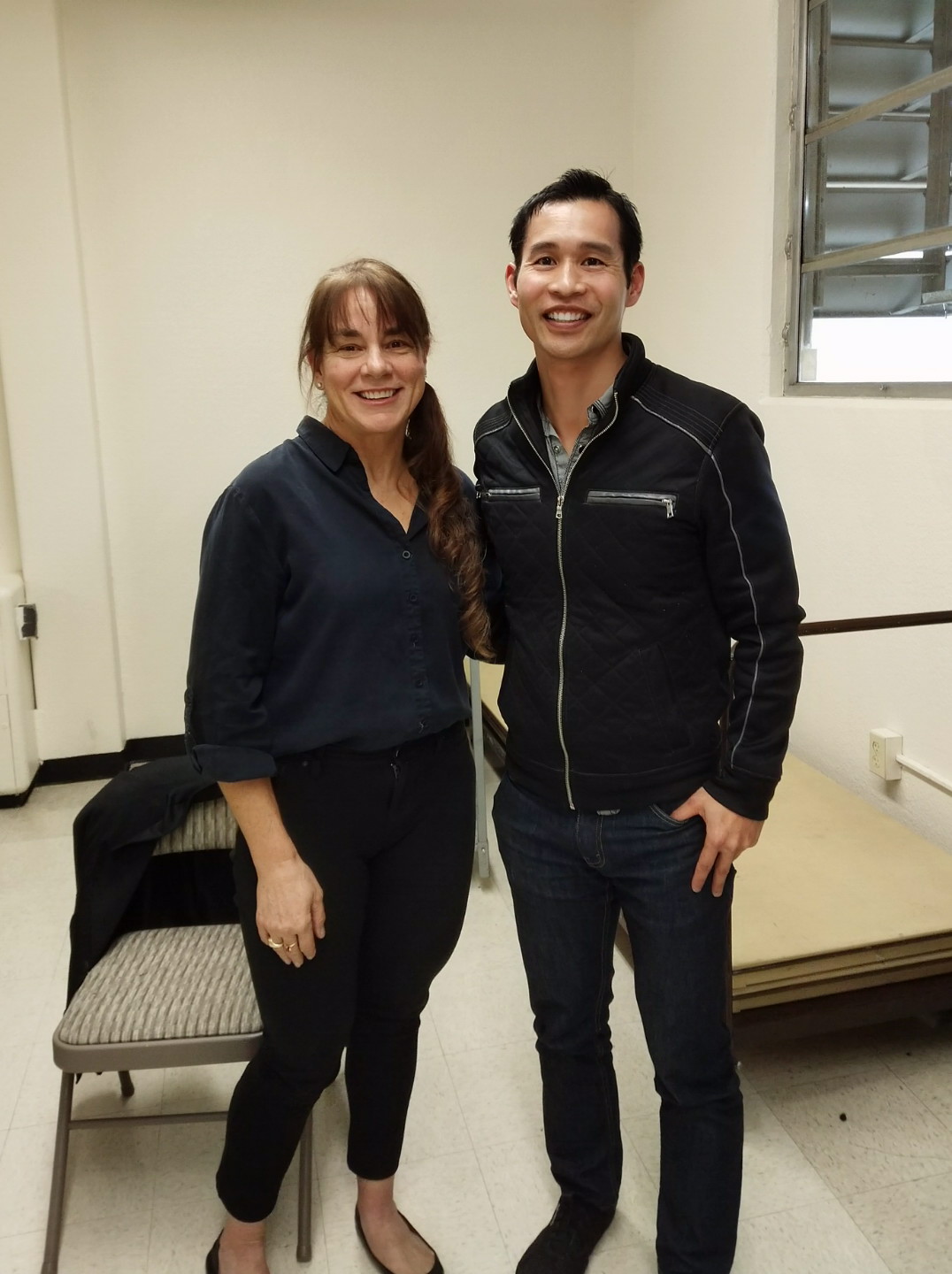 I was at a seminar for the Race Across America (RAAM) in Sacramento. (Spoiler: I will not be riding in the Race Across America, but got drafted into being the crew chief of a four-tandem team that includes four blind stokers. I will write more in a future post.) Two hours before its conclusion, the seminar got a nice surprise.

He didn’t really need to elaborate more than that. Seana is a legend in the ultra-cycling world, whose RAAM course record for women still stands from 1995. She has continued to race RAAM, including last year, and typically dominates her division.

What I didn’t know was that she lives in the area. Apparently, in addition to being an incredible endurance cyclist, she is a math whiz, having bachelor and masters degrees from San Jose State University and UC Berkeley. According to her bio, she currently lives in the Sierra foothills. I guess it wasn’t too much trouble to stop in, then.

After the seminar, I was surprised that virtually no one went to go talk with her. Never being one to be bashful about going up to celebrities, I hung around to talk with her for a little.

“Yah, I’ve been doing this for a while,” she replied.

She then went on to tell me how she is going to be 59 this year, which was incredible to me because she looked younger. (“Cycling does that,” she said.) She also explained that she is racing RAAM again this year because it will be her last year in her 50s, and while she already had set the 50-59-year-old women’s divisional record last year, she felt it is very beatable. Therefore, she is going to try to better that mark while she still can.

She asked me whether I had any aspirations to race RAAM. I told her about my Tour Divide and Trans Am Bike Race experiences and that I did those instead of RAAM due to much easier logistics and lower expenses, but she encouraged me to give RAAM a shot. A solo race could be done on a bare-bones $8k budget, she claimed, which I suppose isn’t too bad.

In the meantime, I am excited to be on a RAAM team where the riding is up to my teammates. Watch my blog for what is bound to be a great summer race.