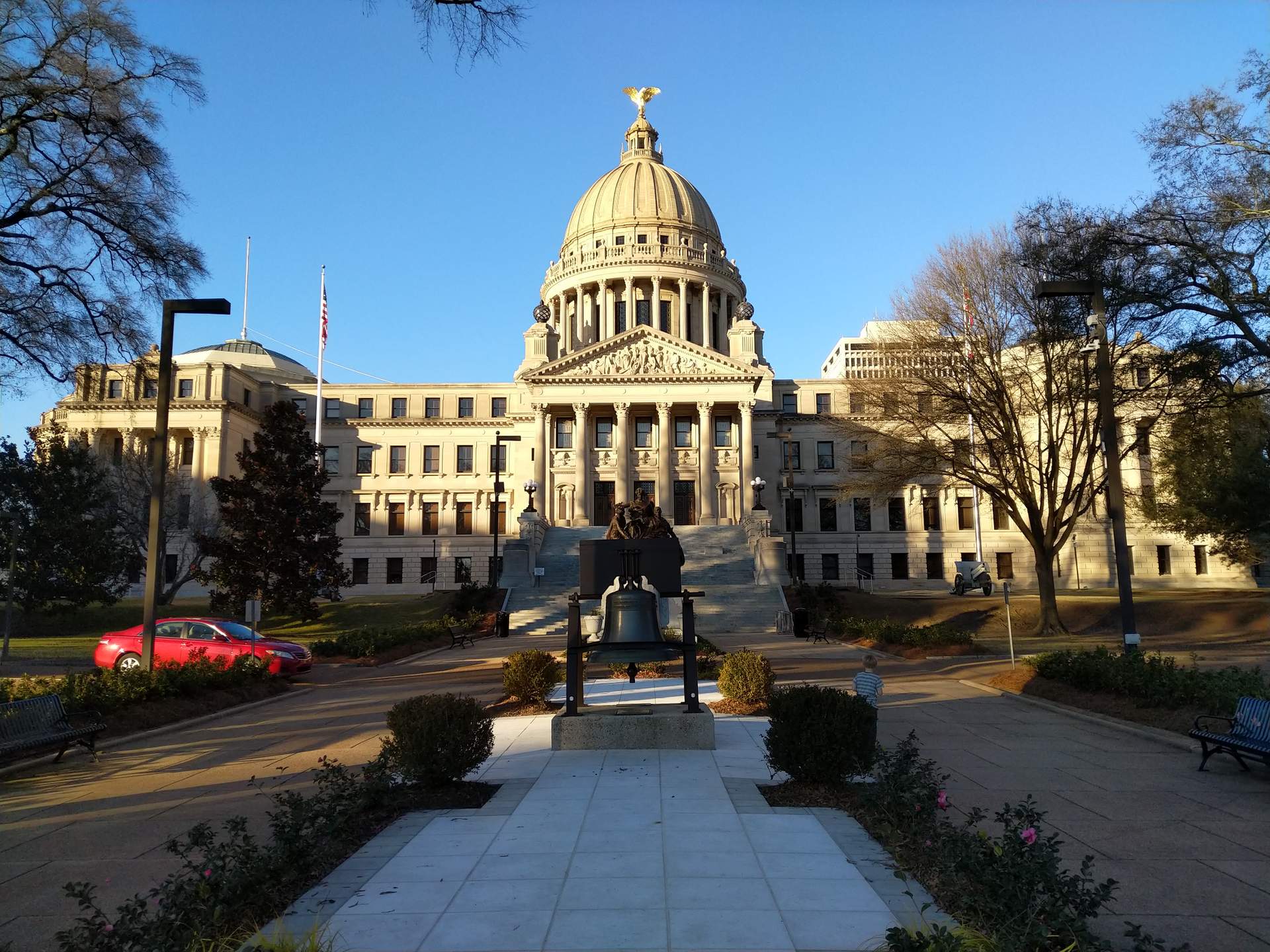 “I’ll walk you to your car, sir,” said the sweet talking Alamo employee. “Are you here to run the marathon this weekend?”

From the very first interaction to the last, everyone I talked with in the city of Jackson were super friendly, polite, and wore a smile. No wonder they call Mississippi the Hospitality State.

For a capital city, Jackson had a remarkably chill vibe. There were not a lot of cars on the one- or two-lane roads or even the highway. Perhaps no wonder—despite being Mississippi’s largest city, it has about the same population as Fort Collins (around 165,000 people).

There are a few other parallels with my hometown. Jackson is a university town, with Jackson State University being the largest one. where NFL Hall of Famer Walter Payton went to college. Music is highly prized, with allusions to Mississippi’s Blues and Jazz roots abound. Even the ethnic makeup is similar to Fort Collins—if you were to substitute blacks for whites (80%), and whites for Latinos (12%).

Of course, Jackson is very different from the northern Colorado Front Range town as well. The population density for one thing is smaller. The cost of living is even lower. Even in January, grasses and trees are green and it isn’t too cold. And while I haven’t been there in summer, from what I understand it gets very hot and humid!

The town is also chock full of hills, and while they get nowhere as steep or high as the San Francisco sort, they make Fort Collins proper seem decidedly like an ironing board. It made for a challenging marathon, for sure—which was the original reason I came here.

Downtown, even on a Saturday night, seemed surprisingly ghostlike. I tried going to a blues club called Underground 119 at 9:00 p.m., but for whatever reason, it was closed. This was unfortunate and although the marathon’s website boasted about there being many places for having live music, the only other one I could confirm that had any going on downtown started at 10 p.m., which unfortunately was a little too late for me. So the only blues-y music I got to enjoy was that played by the bands along the marathon course and a BB King playlist I had piping through the rental car’s speakers whenever I was driving around through town.

I’d love to return sometime to do some sort of historical music tour, maybe starting from not-too-far Memphis, Tennessee, and then going through the Magnolia State, Mississipp’s other nickname. Another stop through Jackson, the City With Soul, would definitely be in order.

Things I Did in Jackson

Things I’d Like to Do in Jackson if I Returned