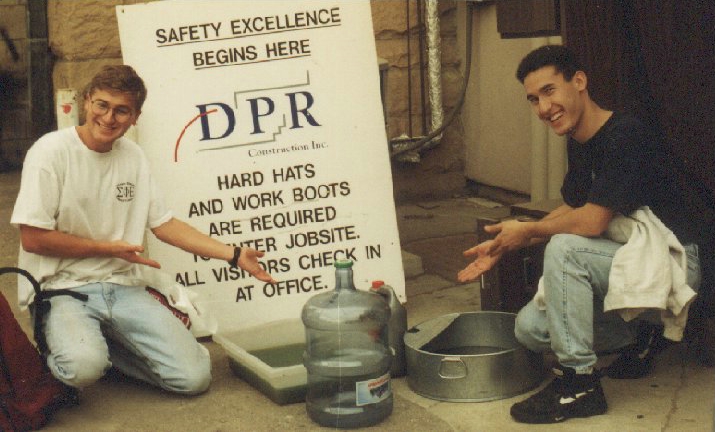 My favorite class at Stanford was ME130, a class about the theory of internal combustion engines.

For our final project, my friends A.J., Nalu, and I were rebuilding a late 70s small-block V8 from a Chevrolet Corvette. Our task was to make it operational again in the engines laboratory for use in the next year’s class.

We spent quite a few weekends on this with nary a hiccup until, one morning, I busted out an 18″-long torque wrench and attached it to a 1/2″ socket using a 3″-long extender. The task for that moment was to loosen and remove a few nuts on studs. Sounds simple enough. Just turn those nuts with the torque wrench in a counter-clockwise direction and move onto the next task.

I pushed onto the torque wrench a little, but the nut was not moving. I pushed a little harder. And harder. Soon I had already turned the torque wrench over 90 degrees, but it didn’t seem like the nut had budged a single degree.

“That’s odd,” I thought. I then removed the torque wrench and inspected the socket. Maybe it had been slightly too large.

No, that was not the reason. I then looked at the 3″-extender, and was blown away by what I was seeing.

Apparently, the entire extender had plastically deformed in torsion!

Let me translate that into English. Imagine a ballerina twirling gracefully along a dance floor. Then, she steps into an area where someone had accidentally spilled a gallon of superglue. She continues to spin, but her feet are stuck. Her head is now facing in a direction opposite to that of her feet and her body remains in an awkward twist. In this case, the extender is the ballerina.

As I pondered what had happened, either A.J. or Nalu took the extender from my hands, ran over to our professor’s office, and exclaimed, “Chris! Look at what Felix had done!”

Professor Edwards looked at the extender, scratched his head and stated, “That’s strange. I would have thought this would have sheared.”

A year later, when I went to visit Chris and my former lab buddies who were now working in the engines laboratory, they recounted the incident and explained, “We now use a new term when doing some mechanical work here. To ‘Felix’ something is to push really hard on a tool.”

So that would become my academic legacy. Some people are recognized for, say, developing a new cancer drug, inventing a new process, or creating a useful computer algorithm, whereas I am remembered for breaking a bunch of tools.