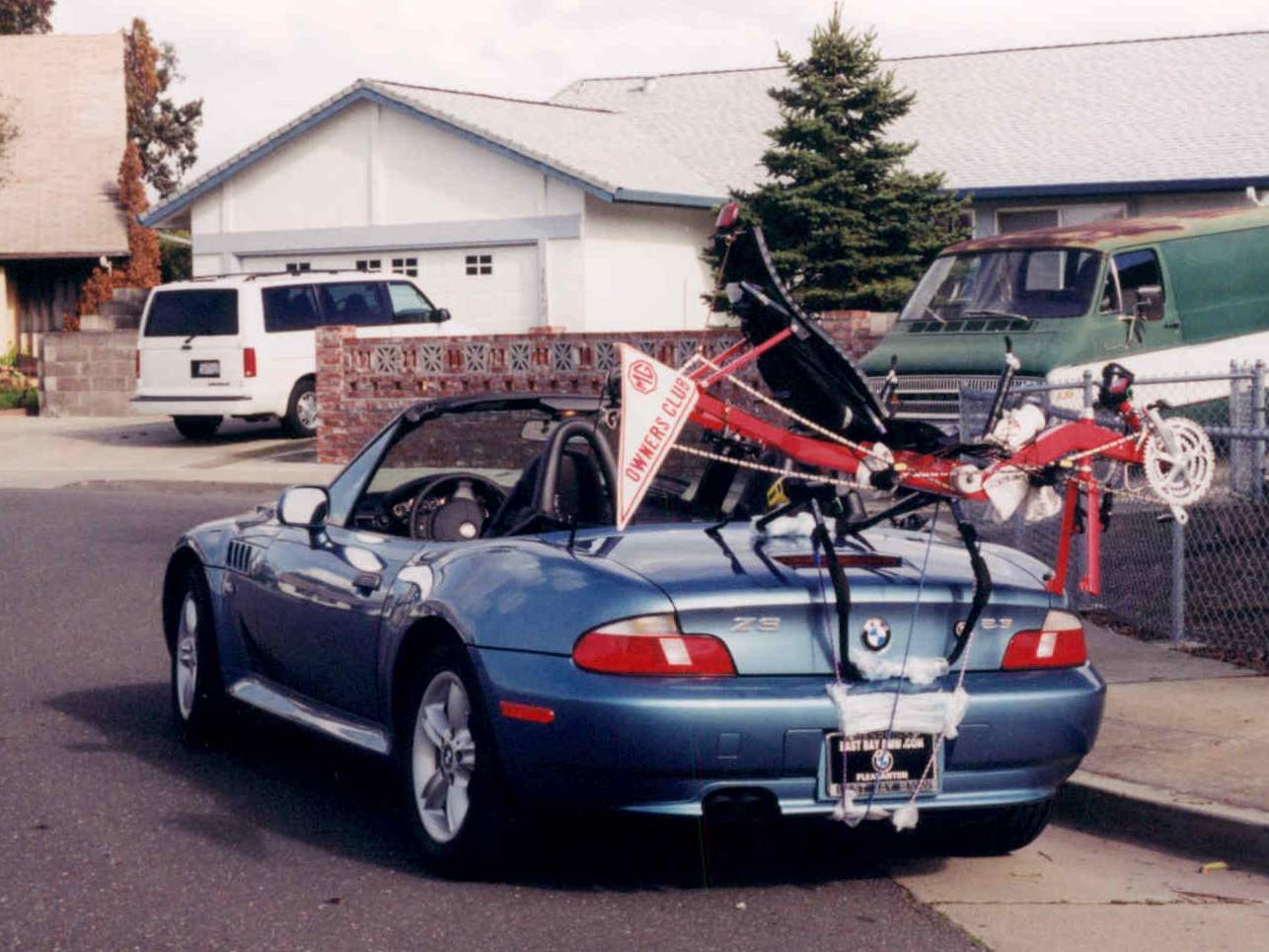 This was to be my third double century of the year so that I’d complete the California Triple Crown again. I first did Solvang on my recumbent and the Terrible Two on my Cannondale, but had to abandon Death Valley and Devil Mountain due to inadequate lighting for the former and getting 30 miles off course on the latter. This was to be my last chance to complete a third double.

I did this race on the recumbent to make up for the two times I Did Not Finish (DNF) on it. Probably not the ideal course for it, as the course had 12,000 ft of elevation gain, but except for a single one-hour climb, no climb was ridiculously long or steep. Most the elevation gain would come in the first 100 miles, though. My strategy was hence to take it easy for the first 100 and then go hard the last 100, where I should have been able to more than make up any lost time.

I followed the first part of the strategy all right, but then I met a woman cyclist at Mile 70, and we ended up riding together to end. She (Sandra) was 40 years old, and one of the very nicest cyclists I’ve ever met with an incredibly upbeat attitude. She wasn’t particularly fast and this was her first year of doing serious ultramarathon rides, although she did eleven double centuries this year, attempting every single one in California except for the gruelling Terrible Two, and aborting the two other most difficult CA doubles–Devil Mountain and the Central Coast Double. She also did the Alaska AIDS vaccine ride, which sounded heinous. I used to think that people who did 200-milers every other week must have had no life or were just plain weird, but Sandra definitely convinced me otherwise.

Anyhow, she had just ridden the Heartbreak Double the week before, and I think she hadn’t quite recovered from that, as she was lagging quite a bit. Soon we became the very last people out on the course, as people who were coming in behind us either were not making the time cutoffs or decided to switch over to the metric double option (120 miles) instead. But she was an absolute joy to ride with and talke to, and though I knew that there would be a risk of not making it to the checkpoints on time (and hence would be not be allowed to finish and would have to be picked up by the support vehicles, DNF’ing once again) if I stayed with her the rest of the way, I made it a personal quest to see that she would make it to the finish safely and on time.

This made the ride a lot more leisurely than I first planned but actually ended up providing some excitement. We actually were cutting it close timewise. At Checkpoint #2, we needed to arrive by 4:00 p.m., and we made it by 3:30 p.m. At Checkpoint #3, we needed to arrive by 6:00 p.m., and we arrived by 5:55 p.m. At Checkpoint #4, we needed to make it by 8:45 p.m., and I kid you not, we made it (according to the ride organizers and confirmed by my own watch) by 28 seconds. This was at Mile 165, and since we were now (relatively) close to the end and the ride organizers liked our spirit, from that point on they said “don’t worry about the cutoff times more because now we will support you no matter what.” Still, we made it to the last checkpoint when we should have (10:30 p.m.), and to the very end by midnight. The final time meant I was on the road for a whopping 19 hours (16 hours on the bike, 3 hours off)—meaning that this year I achieved my fastest (12:12) and slowest double centuries, both on the recumbent.

Actually, despite the ride taking so long, I had so much fun and was not even tired. (It made me think of my friend Dan’s suggestion that I should try a 400-miler sometime—I was seriously thinking at the end of the ride that I had the strength to ride another 200 miles.) I have to give the recumbent some credit for this, because as I would remark at the end, “it’s really wasn’t much different from resting in a lawn chair for 19 hours—it’s just so comfortable.” Also, mentally the ride was easy because this was hands down the prettiest double in Northern CA I have ever ridden—there’s something about Napa and Solano County that makes it so beautiful in the fall. Food and support was wonderful—much better than any of Hugh Murphy’s rides. I’d like to do it again next year.