It took 3 months for Fremont Machine Shop to rebuild the engine (which I did not mind, and they charged a great price–just $1150+tax for the block), and then maybe 4 or 5 very intense days of working weeknights in the garage until 3:00 or so in the morning. My goal was to get the car running in time for the MGs at Jack London Square car show, which was on May 11, 2002.

Well, I almost did it. By 1:00 a.m. on May 11, I juiced up the battery, turned on the ignition, and started up the engine for the first time in a year! But only for 3 or 4 seconds. Then I heard a large “pop” and engine oil unceremoniously dumped all over the floor. The oil filter had blown off.

It took 2 hours to clean up this mess with kitty litter I went out and got at the 24-hour Safeway, but reinstalling the oil filter tighter resulted in the same result and now the oil filter assembly’s threads were stripped. I would have to attend the car show without my car.

It turned out the oil pressure relief valve was stuck and not replaced by the shop. It was a cheap part (just looked like a hollowed out bullet), but was very difficult to remove with the engine in place. This is because the valve was embedded into the engine with limited clearance, and since it was perfectly smooth (and stuck), how was one to get it out? Ultimately, I came up with an ingenious solution–I went to Orchard Supply, bought a 1/2″-diameter tap for $5, and “threaded” it into the valve. The tap “bit” into the valve wonderfully and I was able to remove it. Reinstalling a new valve and its spring was a bear but just took a little bit of persistence.

I’d ultimately get Goldie back on the road on June 26, 11:50 p.m.–which just so happened to be my birthday. It was a great birthday present.

I’m still not certain whether I’ll have the car ready in time for JLS, but am optimistic. It seems like I should be able to do it but everything is taking at least 3X longer than I think it would take in my head. Yesterday I finally got those transmission mounts in place and then installed the driveshaft. Oh and filled up the transmission with oil, installed the “stick”, clutch slave cylinder, and connected the wires for the reverse lights. All those things took me like 5 hours, compared to maybe 30 minutes to take them all apart! Today I installed/torqued the head and then installed the exhaust header and starter cables. I’m down to just installing anxillary engine components (oil pressure sensor, waterpump, thermostat, alternator, heater control valve, intake manifold, carburetors, air filters, spark plugs, etc.) and the radiator, and then adjusting the valves and the ignition timing. All stuff I’ve done several times before, just not all at once.

The best part is that I should no longer have to work underneath the car anymore, which was getting old! At least now I can start wearing old t-shirts again instead of full-on disposable bunny suits I retained after spending some time in the cleanroom at work this week. Those bunny suits are GREAT for working underneath the car because one is guaranteed to be covered with dirt and grime from head to toe when doing so, but I still didn’t like working in such a claustrophobic space where I often could only use one hand to do stuff.

Thanks again, Dan, for the oil filter mounting assy to replace my stripped one! I really appreciate your generosity. It was also really nice to see your vehicles too.

So yesterday at the show, Marty suggested that perhaps the machine shop never replaced (or even removed) the oil pressure release valve, and maybe after the cold tanking process it no longer works properly. Oil pressure would go out of control and could possibly blow the filter off, he said. At first I dismissed it because 1) during the 10 seconds or so my car was running, I never saw the oil pressure exceed 30 psi, and 2) I’ve had problems with my oil filters not being tight in the past (though they never blew off and caused 3 quarts of oil to immediately go on the floor!), and hence I probably had at one time or another tightened to filters so tight that I stripped the threads. Surely, I thought, having the stripped threads was the root cause of the filters blowing off. But after trying Dan’s unstripped oil filter assembly, I am reconsidering his theory. Does it sound plausible?

In particular I am wondering for what parts of the engine does the release valve regulate the pressure. (for everything, including the main bearings and pistons?) And is the oil pressure gauge downstream of the filter? (If so, it could make sense why the oil pressure registered so low [I’m accustomed to seeing it from 50-70 psi] and yet the pressure was high enough to blow the filter off?)

Luckily it looks like if it is indeed the pressure release valve, I can fairly easily get to it as it’s on the side of the engine under the header at the rear and I won’t have to remove/disassemble the engine? (phew) Actually, after I realized where it was, I wouldn’t be surprised if the shop overlooked it as just a plug… I sure did when I pulled the engine…

Any insight/advice would be appreciated. I haven’t pulled the pressure release valve yet because I just spent most of the night cleaning up the garage, due to the multiple oil spills. I think I can even write a tech article on how to clean up oil spills now. 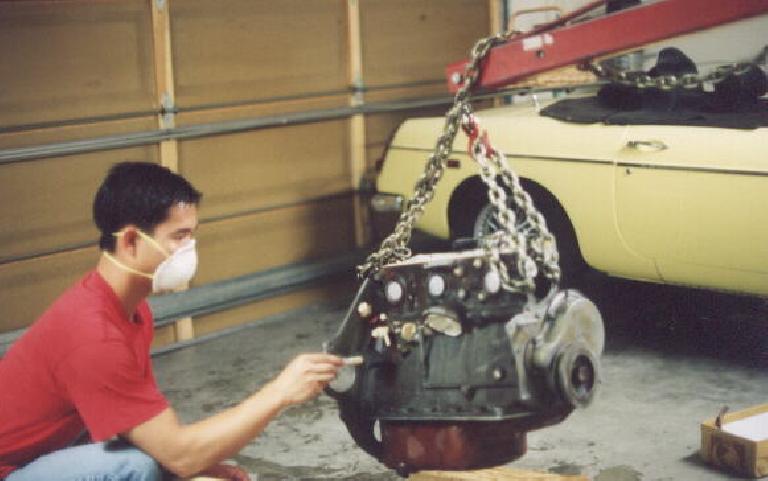 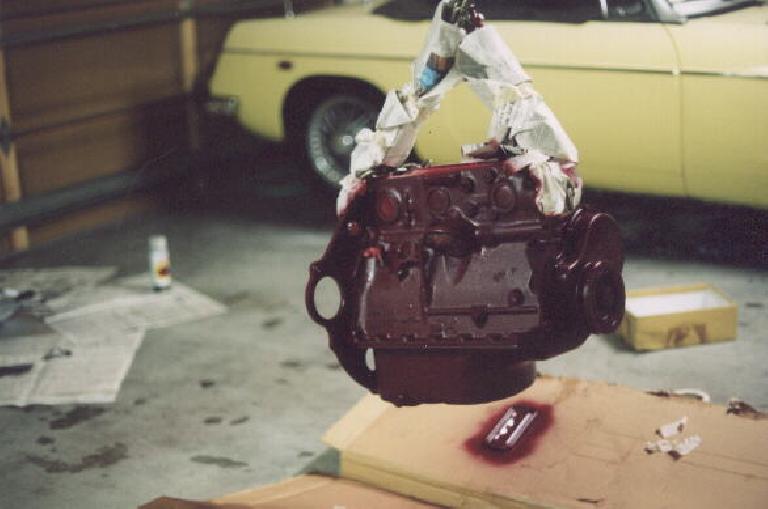 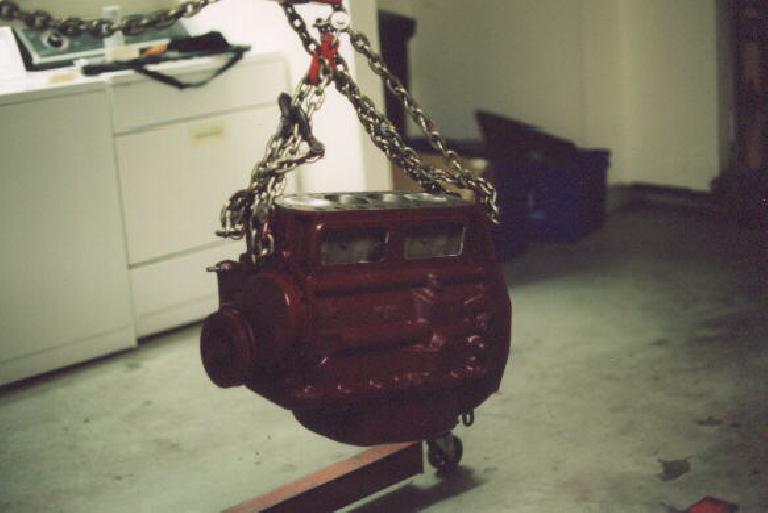 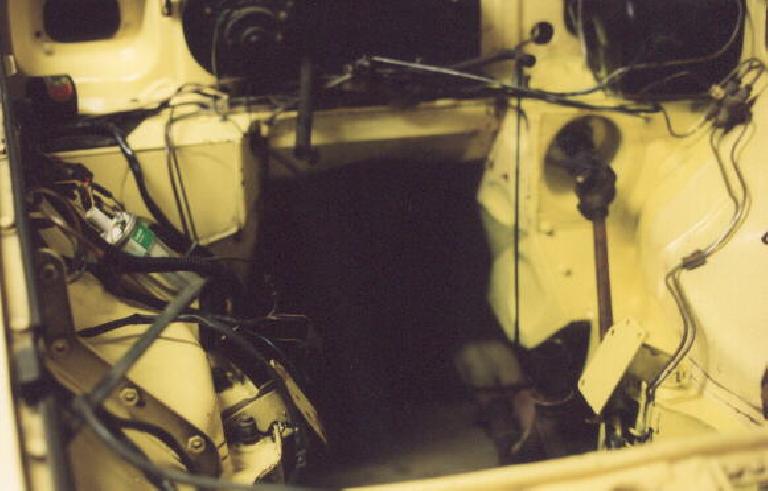 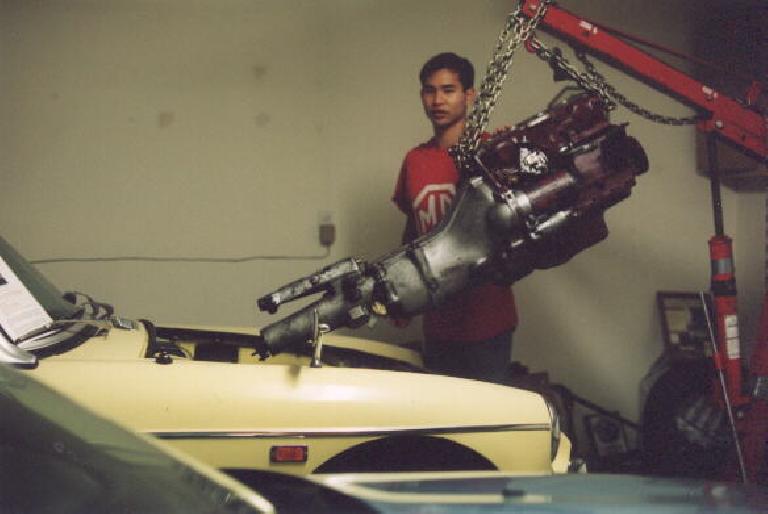