Adam Paul and I did an 11-mile hike on the Noble Peak Trail near Markleeville, California. The trip took us past Noble Lake to the summits of Peak 10824 and Highland Peak. It turned out to be a bit of an adventure, losing the trail several times and encountering false summits and steep, scree-filled terrain that sometimes required some Class 3 bouldering and downclimbing. For all this we were rewarded with splendid views and a fantastic leg workout.

Unfortunately, we lost the trail pretty quickly and had to travel cross-country along Noble Creek. Normally I wouldn’t have minded too much, but the majority of this hike was going to be off-trail, and I wanted to enjoy what trail we could! We found the trail again, only to lose it almost immediately – argh! Fortunately, since I’d hiked here once before, I knew the general direction we wanted to go. We did wind up going up a fairly steep ridge, and arrived above our first destination, Noble Lake. We had to hike down a little bit to a lakelet above Noble Lake to filter some water, as this would be our last opportunity for 7+ miles of steep crosscountry trekking.

Our off-trail excursion actually saved us some mileage (with a price to pay in steepness), and we quickly headed up to the saddle between peaks 10824 and 9741. I remembered having a tough time getting up Highland’s false summit, Peak 10824 in July, and was dreading slogging up its scree-lined slopes again. The scree was not too bad, only slightly irritating, but the steepness really, really slowed us down. An hour, and not even a mile after we left the saddle, we summited Peak 10824 and were treated to most excellent views of Highland and Silver peaks. If we hadn’t known that 10824 was a false summit, we would have been really, really sad, as Highland is still a good (and steep) ways away!

Here are some photos. Also read the rest of Adam’s full report chronicling the journey. 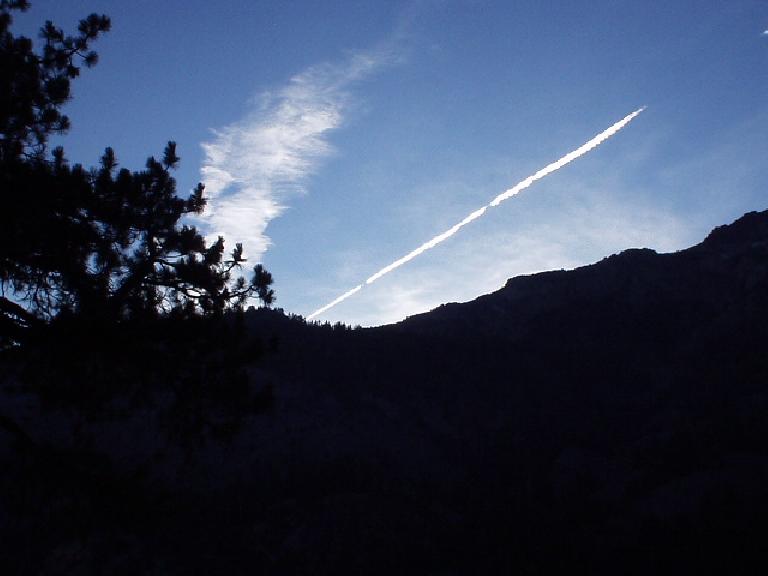 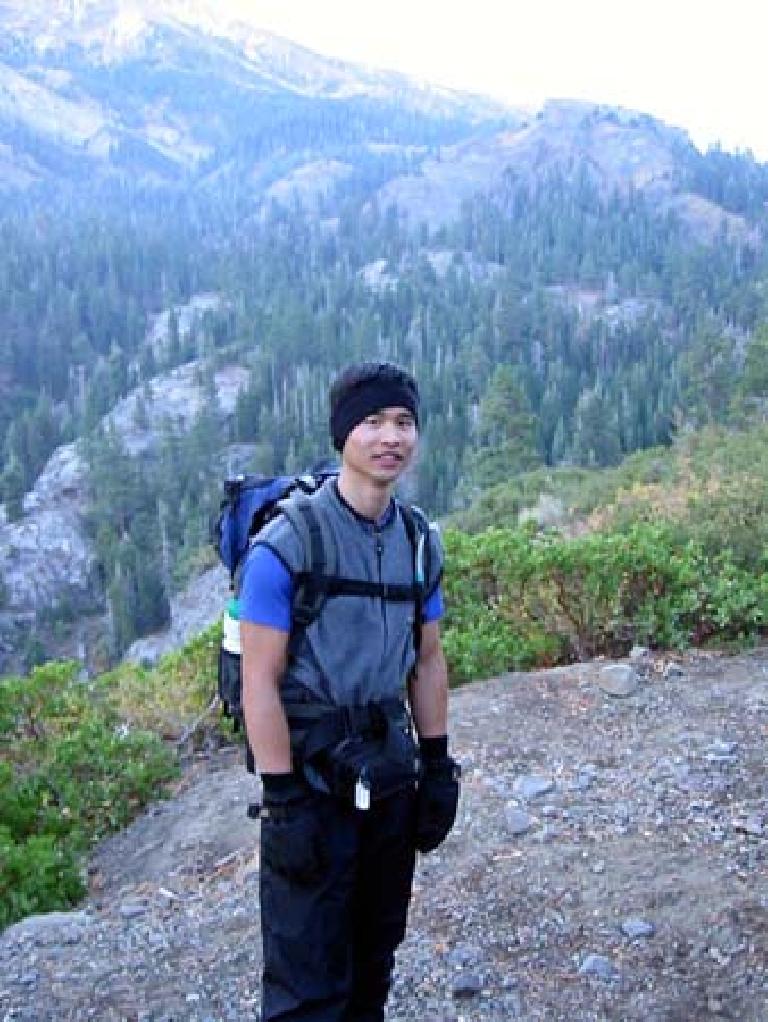 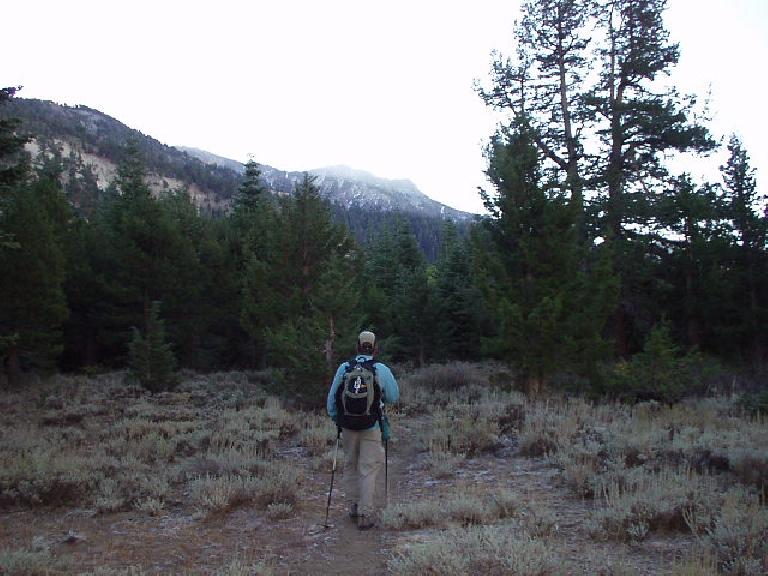 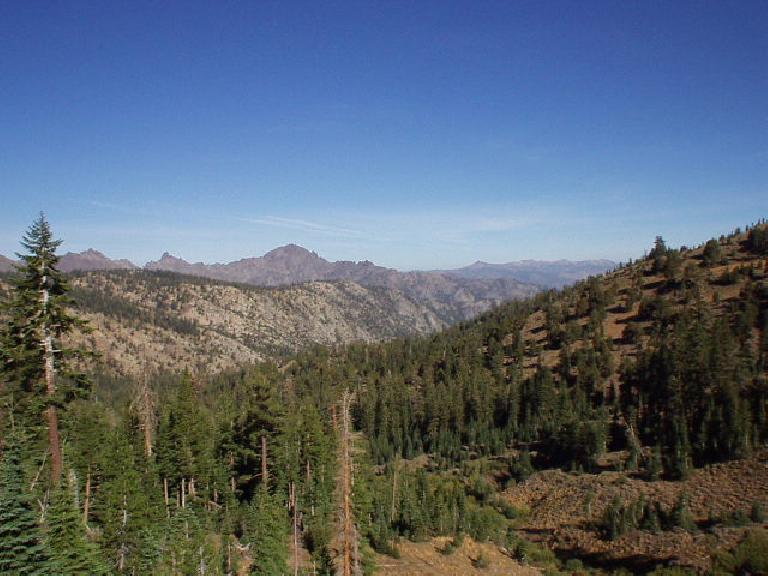 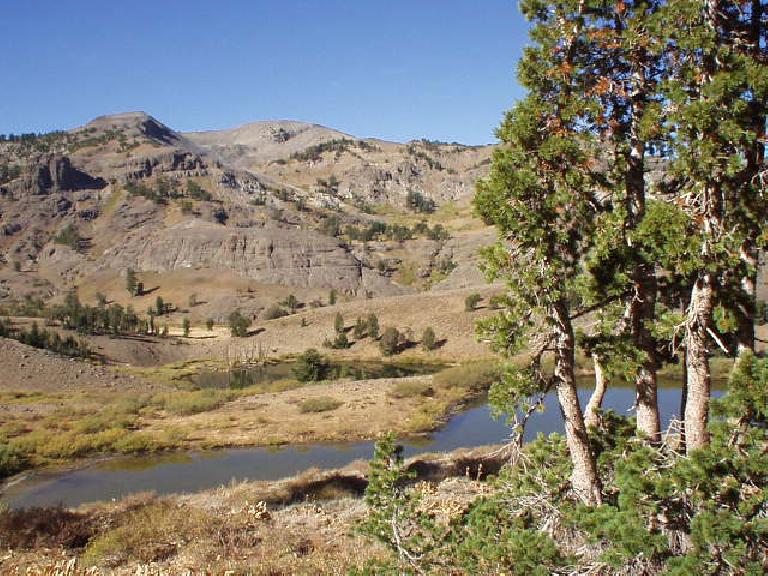 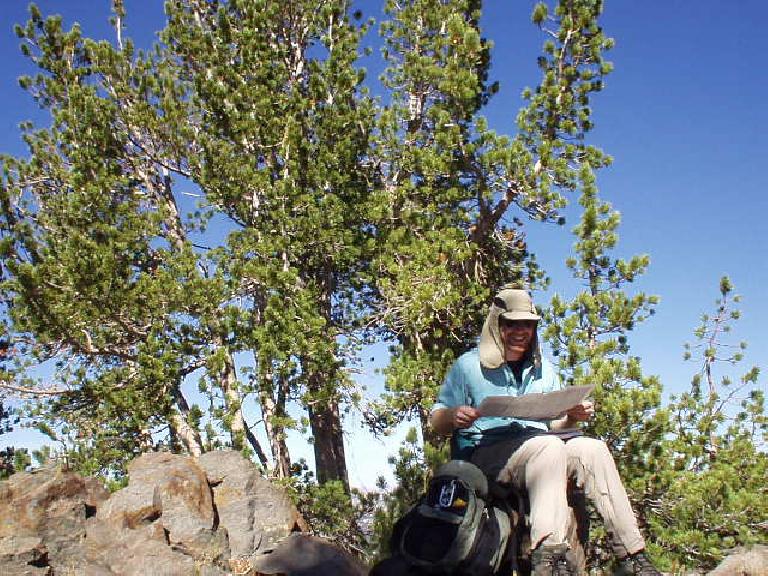 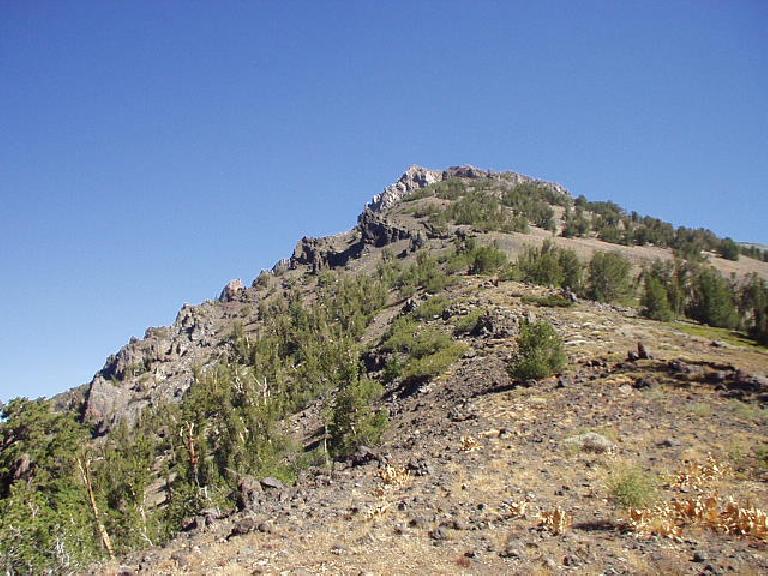 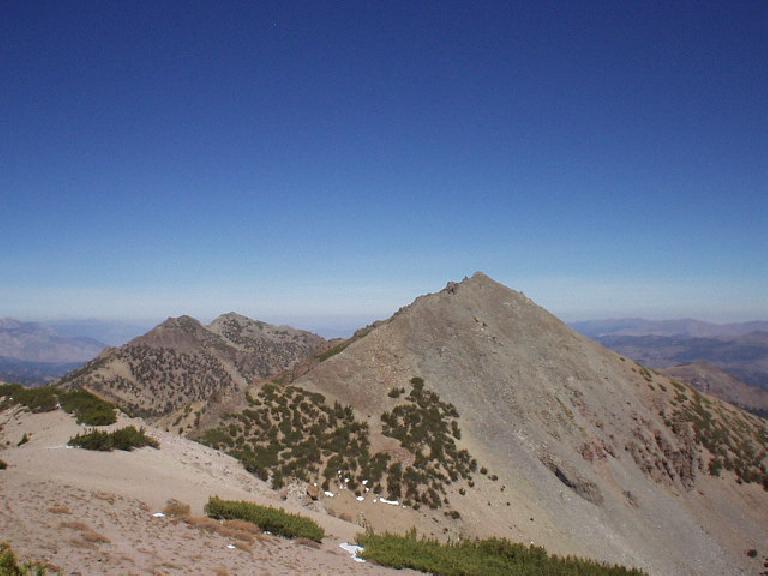 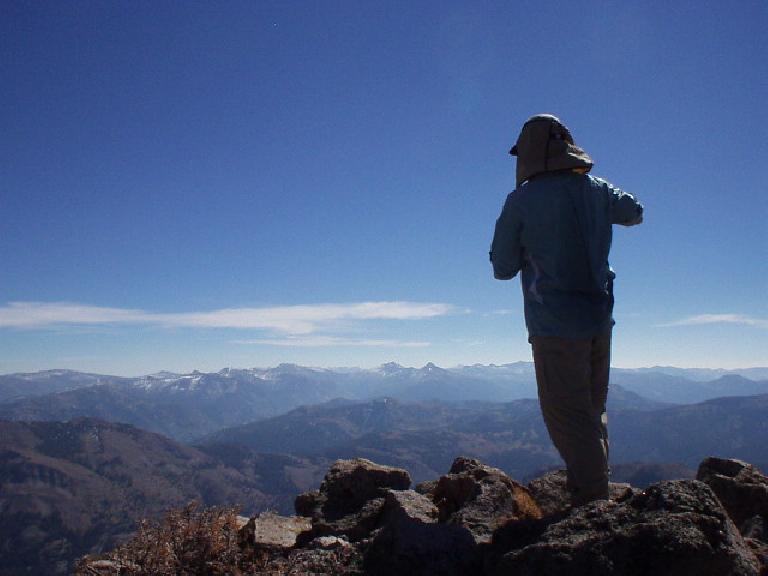 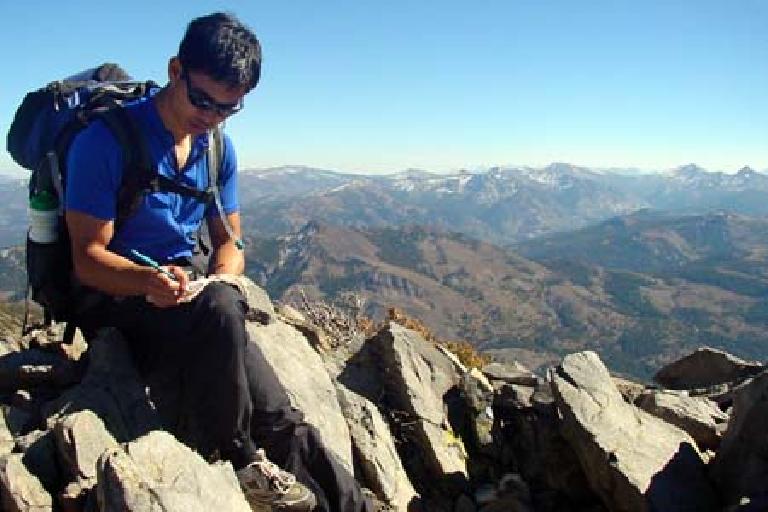 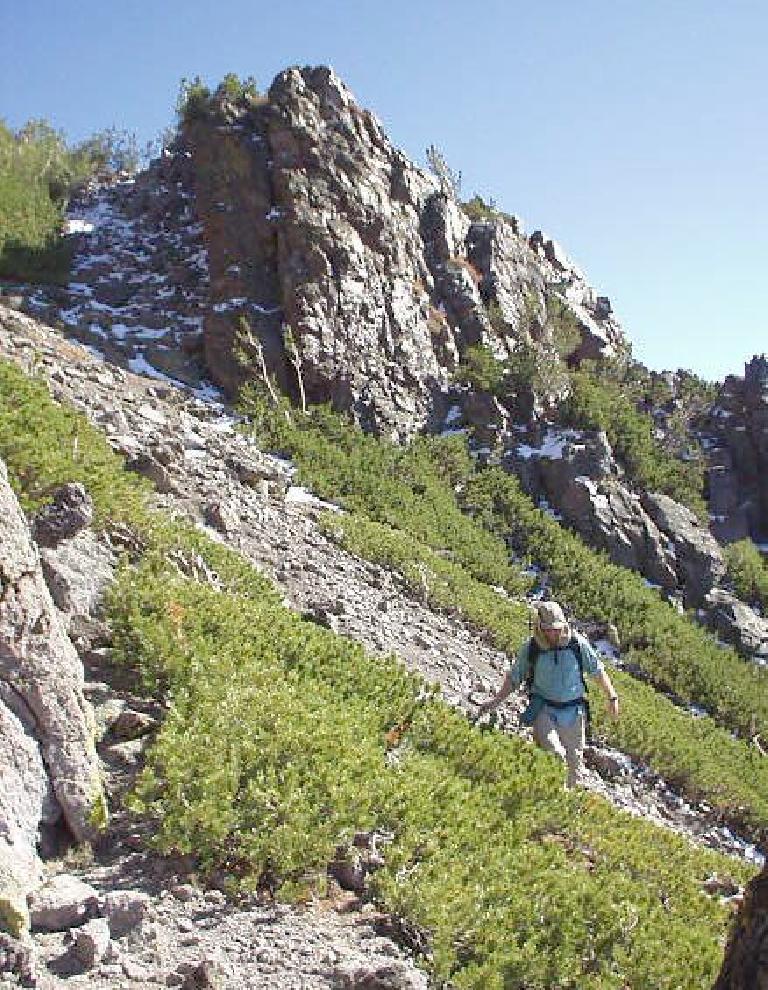 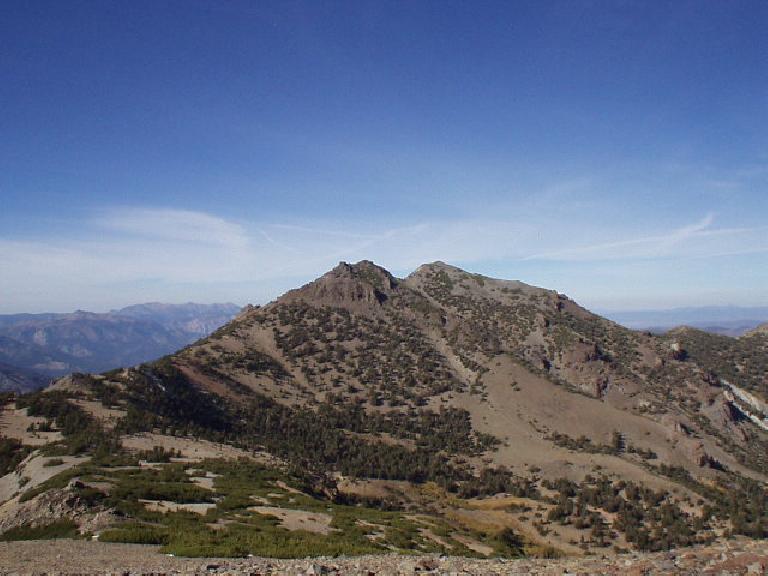 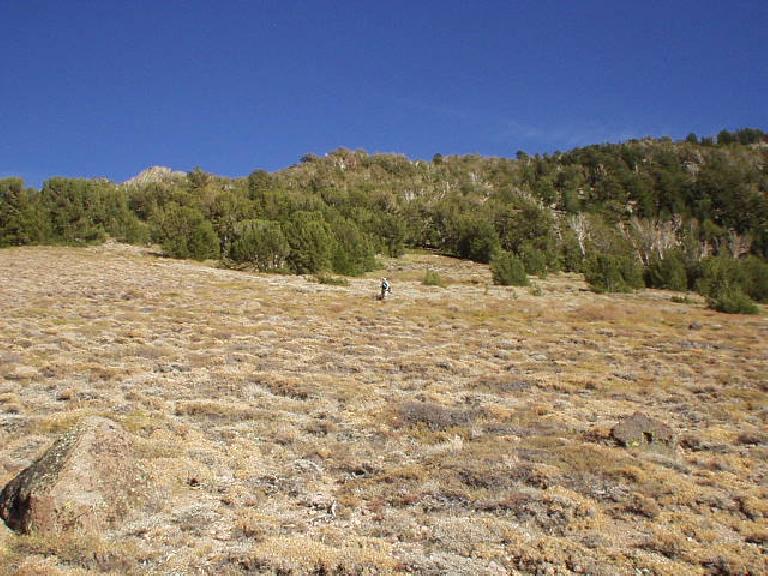 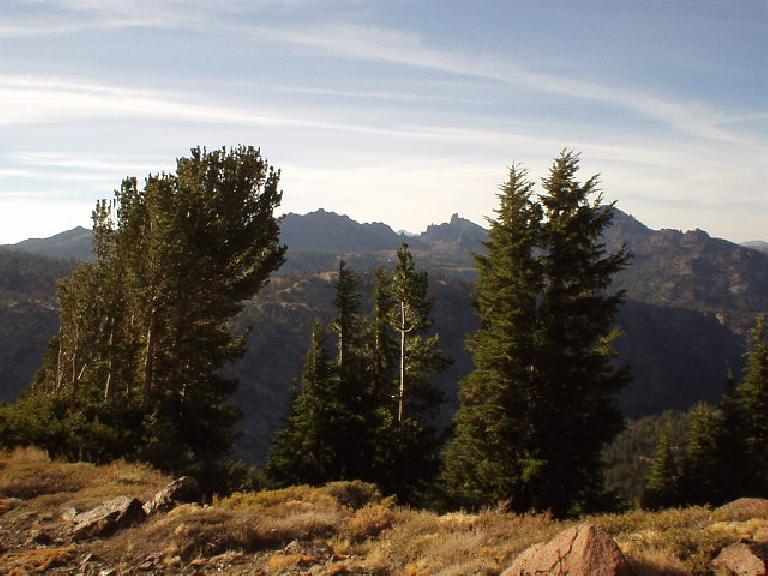 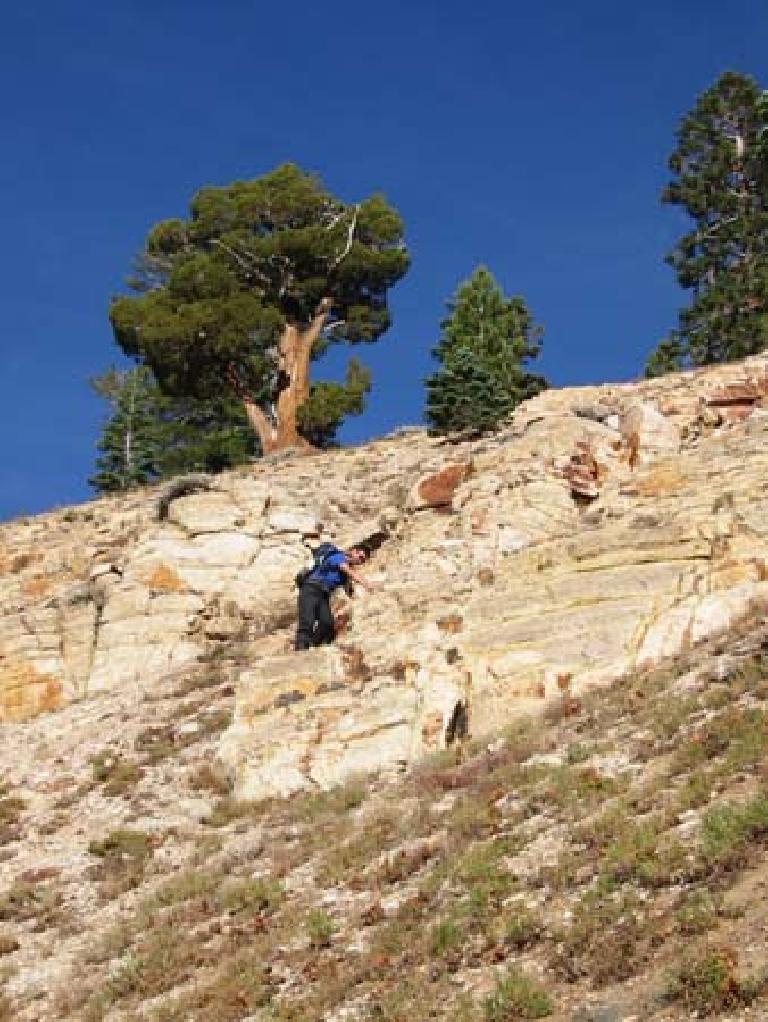 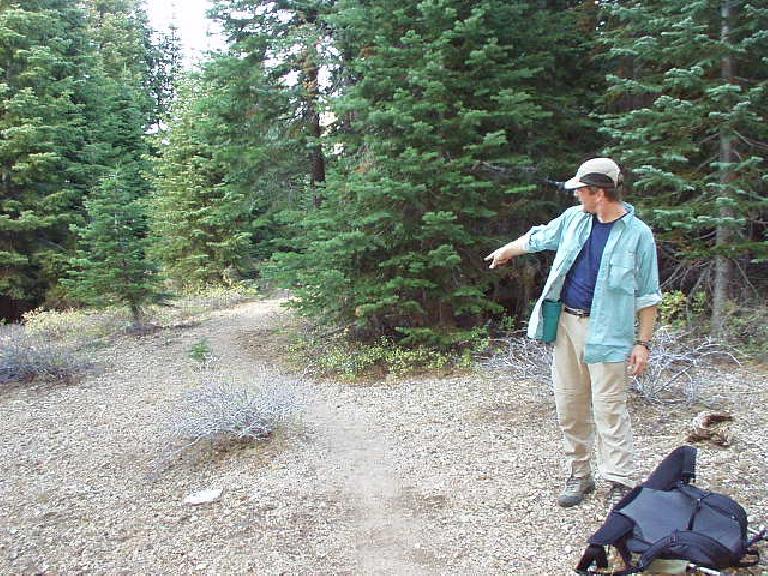 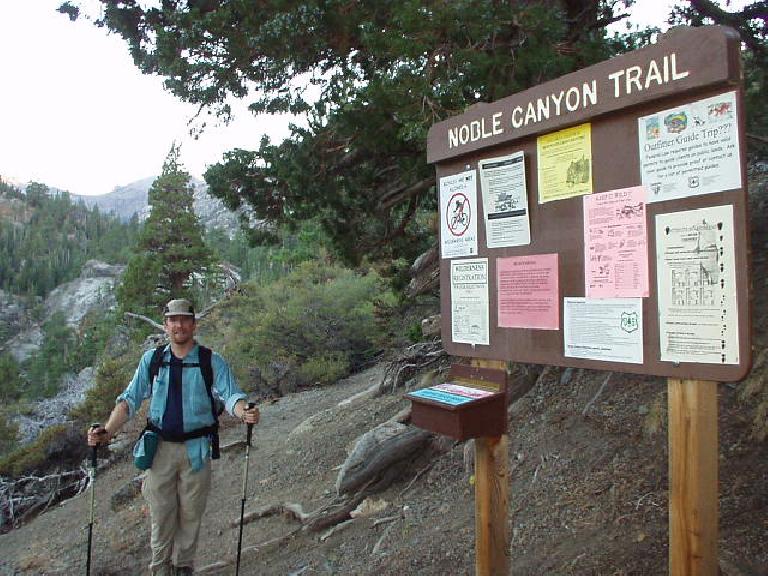