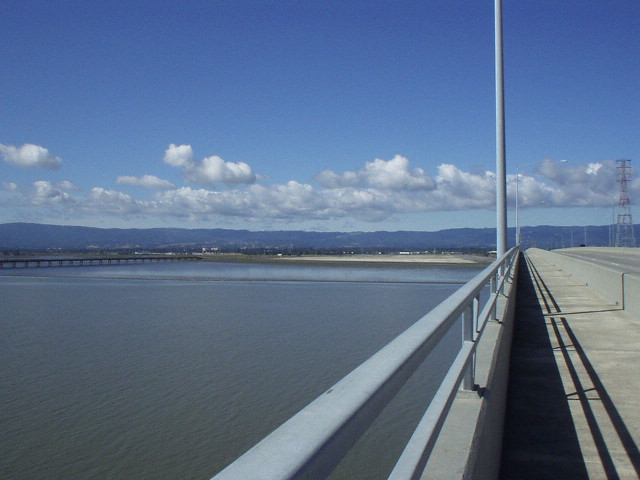 I gave this San Francisco Bay Area ride its name due to two things: (1) it is about as flat as a century ride can get in this area, and (2) it goes through 3 of the major bodies of water between Fremont-Belmont-Los Altos: the San Francisco Bay via Dumbarton Bridge, the Crystal Springs Reservoir, and the Stevens Creek Reservoir.

It’s not the most exciting ride—I suppose most flat rides aren’t—but it’s a good recovery or winter-season one.

December has been an extremely wet month here in the Bay Area, but fortunately there was a long-enough reprieve for me to squeeze in one more self-supported century for the year.

Because I hadn’t been riding much since the 2002 Death Valley Double, focusing most of my training on running in preparation for the California International Marathon, I wanted to do something flat and easy. Hence this ride. I was actually climbing quite well, but my endurance was definitely off compared to months ago when I had peaked for the year. Somewhat demoralizing, but this is the off-season!

I ended up having to ride about an hour in darkness since I started really late, like 11:30 in the morning. Luckily I had my blinking taillamp; would have been a good idea to bring a headlamp too. This ride meant that I had done a century every single month this year except for February, and in fact every single month (except February) since November of 2001! I hope to maintain this streak well into 2003!