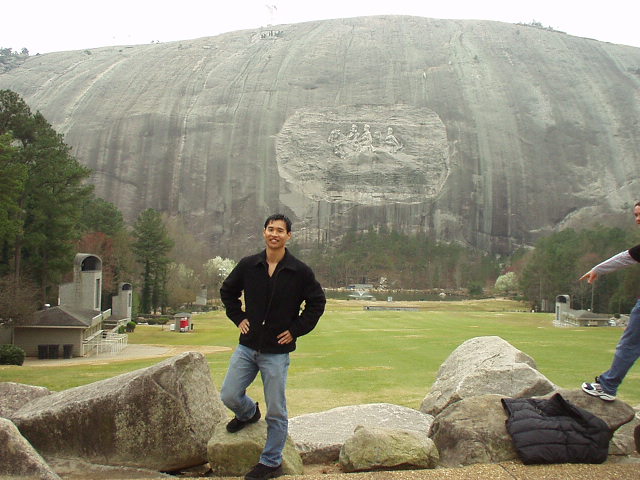 I came to Atlanta with pretty low expectations. This is mainly due to the following:

While my brief visit to Atlanta did not dispel these notions, I do have to say I never felt unsafe or threatened during the daytime in the downtown and midtown areas or The Underground (an underground mall). Traffic was definitely better than San Francisco’s, though Atlanta is decidedly less pedestrian friendly particularly outside of downtown and midtown. Much of Atlanta has no sidewalks or bicycle lanes, even in places where the roads were wide enough to have 6 car lanes.

I also did have fun in Atlanta. Here’s an email I sent out describing a rather interesting night:

I didn’t care for Atlanta that much though I had a few adventures out there. I will very briefly tell you about one of them. So on Monday-Tuesday I met some other travelers (Bryce from NY and Liz and Peter from Scotland). On Tuesday night we all went to a bar to do karaoke, though upon arriving we found out it was a… gay bar. (They did do karaoke at midnight, however.) Now, Peter the Scot was particularly excited by this (that we found ourselves in a gay bar in America) so we stayed. Peter particularly got into the gay scene (schmoozing with a whole group of gay dudes, getting interviewed by a TV crew doing a documentary and saying things on camera like “oh yeah I think it is all right for married guys in America to have an affair with a gay man” in his Scottish accent, etc.) During karaoke I sang a Garth Brooks song but I guess I didn’t do the most impressive asian country singer impression because no one was stuffing dollar bills down my pants, as was the case with Peter (who sang three Beatles song and sounded like the 5th Beatle.) Or maybe it was because I wasn’t rubbing my stomach or thrusting my pelvis like Peter. In any case, we had a blast, although it was sad that no gay guys were hitting on me, oh darn!