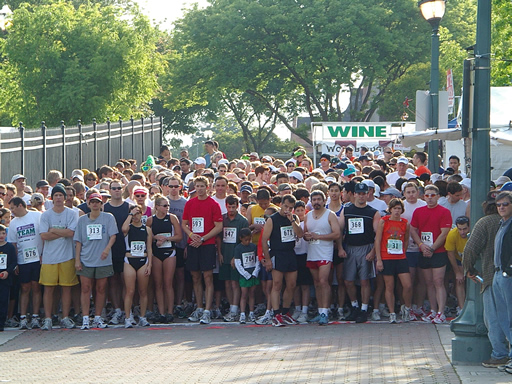 Sub-20 minutes? I think I might be able to run a 5K in under an hour! :-D Great job Felix and maybe it's just coming home to Stockton that gives you special surge power. ↩ Reply

You are too modest, bud--I know how fast you are due to the training with the Reserves you did in college years ago! Anyhow, thanks, and agreed that Stockton is a good place for fast times; it's perfectly flat (there aren't even grassy knolls in parks) and dry most of the time. ↩ Reply

I thought the Dolphin South-End Runners motto was a tongue in cheek, "Start slowly and taper off." It was attributed to the legendary Walt Stack. ↩ Reply