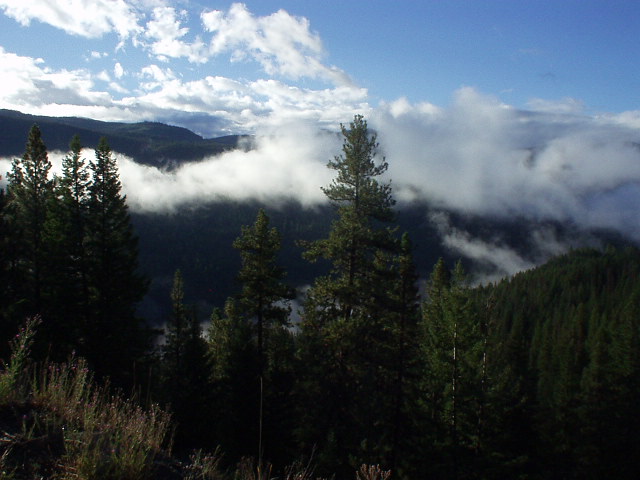 Ok, so it turned out driving along Canadian backcountry highways isn’t much different than driving along U.S. ones—at least along Canada Route 3. Sure, the speed limit signs are posted in kilometers per hour. But the signs are otherwise strikingly similar; there are rest stops; and Canadians drive well over the posted speed limits just like their American counterparts.

I had initially envisioned doing a spirited drive down to the U.S./Canada border in Osoyoos, but alas, the wet weather of the Pacific Northwest prevented that. Good thing I was driving slowly too because in one section I hit some black ice or something around a curve, and the rear end of the Alfa started to slide out. Fortunately, I was going so slowly that this was easily recoverable.

Otherwise, the drive was entirely uneventful and quite beautiful. West of the Cascades, white puffs of clouds hung lowly in the sky beneath the mountain tops, with evergreen trees seemingly dangling from the clouds’ undersides. As expected, these regions were very verdant; however, as I traveled farther east of the Cascades, the hillsides became much more golden and barren, though a bit more green and treed than, say, the Yakima area of Washington.

Photos can explain this much better than I can.