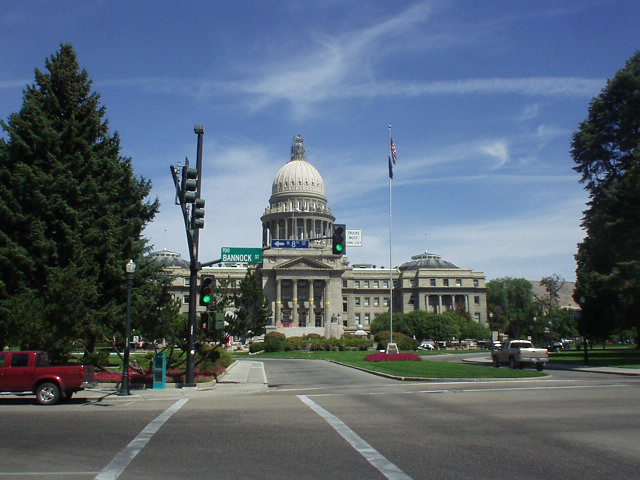 I once had high hopes for Boise, Idaho’s state capital. Those hopes were quickly dashed when, just 25 miles from the city, the evergreen-laden hills had given way to depressingly barren desert scenery devoid of any trees whatsoever. This seemed odd considering how Boise (in French) means “City of Trees”.

Well, the city itself does indeed have lots of trees lining the neighborhoods and even downtown. But all of the surrounding foothills are completely golden and naked. Some people may like this type of “scenery”; however, I do not.

Too bad, because otherwise the city of Boise has a lot of great things going for it:

A downside (other than the drab scenery) is that there isn’t a waterfront downtown that many cities, such as Bend, Portland, Spokane, Bellingham, and Coeur d’Alene (among many others), have. Boise (along with neighboring Meridian and Nampa) is really in the middle of nowhere, which unfortunately happens to be the vast desert that makes of Southern Idaho.

If one could put up with the scenery then Boise could be a great town for him, with a high standard of living at low cost.

It's called the city of trees because of all the cottonwoods on the Boise River, which runs through the middle of town. Not a forest, i grant you, but if you had just walked west hundreds of miles and then saw a large stand of river trees, you'd be pretty excited. ↩Reply