“I am in no shape to be going up Mt. Hamilton with you guys,” I mentioned to my fellow Tri-Club members who had planned on ascending it as part of a local Bay Area training ride. “Which is unfortunate since I will be doing the inaugural Bass Lake Powerhouse Double instead, which has even more climbing…”

Indeed, between the Great American Western Road Trip, a rock climbing ascent up Half Dome, and deciding on where to live, I had only ridden 168 miles in the last 2 months which hardly constituted expert training. I mean, that is less than what I’d be doing in one day during the BLP.

But I had been in this situation before. In some of those situations the double centuries even had as much climbing as this one (~15,000′). Then again, those doubles did not have the BLP’s unique challenge, which was an 5.3-mile uphill time trail at Mile 70. Doh!

There was also the issue of the weather. When I arrived in Fresno the night before, banks displayed an ambient temperature of 94 degrees. This was at 7:00 pm. Memories of the “descent into the inferno” of the 2003 Climb to Kaiser (also hosted by the Fresno Cycling Club) came to mind. For good measure I deviated from my double century norm by sleeping in a motel room for over 6 hours instead of snoozing in my car for 0-3 before the ride. I was going to need all the energy reserves I could draw from today.

As numerous glowing red lights led the way as ol’ Rudolph would, I noticed that even with the fleece headband and arm warmers I was wearing, I was quite chilly. Looking up at the sky and admiring the full moon and a myriad of constellations, I thought to myself, “When the sun comes up things should start to become a little warmer…”

Never mind that when I thought this, I was only 20 minutes into the ride and hence the sun would not even begin to crest over the horizon for almost 3 more hours. My stem thermometer was reading in the 40s.

At last the sun did come up but nevertheless by about Mile 50 I noted my hands (wearing fingerless gloves) were quite frozen. Woah, 36 degrees outside!

By this time I was practically begging for some climbing, reasoning that at least I’d get warmer crawling uphill. So I was glad to see the rollers after Mile 25. Of course, after warming up slightly going up, I’d chill once again on the downhills.

The 5.3-mile Time Trial at Mile 70 was now a very welcome feature of the ride. I even took my fleece headband and arm warmers off–for the only time all day–in preparation for a good effort up Powerhouse Grade.

“Start whenever you are ready,” said the Time Trial hostesses keeping track of time.

I was determined to stay well within myself for the first mile or so and then gradually pick up the pace thereafter. Despite that, within this stretch, I managed to catch and pass 3 other cyclists already. The third rider then passed me a couple of minutes later and instead of duking it out this early on I decided just to hang maybe 15 feet back behind him and keep pace.

We passed a couple of more riders. Then an entire pack. Were some of these people even participating in this time trial? This was encouraging…

Until then not one, not two, but three other cyclists blew right by me and my “pacesetter”. Their pass was so decisive that I made a meager attempt to pick up the pace a little. This resulted in tweaking my left knee…

Nevertheless I subsequently passed the “pacesetter”, who actually no longer was maintaining pace, and was dropping off fast. I upshifted a couple of times as the grade—said to be between 8-12% at the bottom—had now tapered off to something more like 3%.

I was now alone, with no one in sight either ahead or behind. I was now slightly beyond my anaerobic threshold, but not nearly maxed out. As I saw the cones demarking the finish from a distance, I got into my aerobars and tried to crank as hard as I could.

35:25 had elapsed as I rolled over the finishing line of the Time Trial. I had no idea whether this was a good or merely ok time or not, but felt that this was about the best I could do considering I was not nearly at the prime of my climbing form. As it turns out, this was good enough for 11th place out of 96, just out of the Top 10 by 6 seconds. I’ll take that!

There was just one problem with all of that. So far only 1/3rd of all of the total climbing was done, and still 125 miles to go!

After the Time Trial there was still more climbing to do before the lunch stop at Mile 86. Speaking of lunch, this one deserves special mention.

Greeting the cyclists were a whole host of Fresno Cycling volunteers preparing hot food on outdoor stoves. In addition to fresh soup and sandwiches, fresh off a hot skillet were shrimp quesadillas. These quesadillas were, quite simply, the BEST I have ever tried. In addition, there were homemade pumpkin muffins that were had just the right amount of sweetness and were made with tofu which—explained the lady who made them—“give them a moist texture without resorting to oil.” In any case, they were absolutely delicious. Crap, I am getting hungry just writing about them! But take my word for it; these people can cook.

The downside to all of this great food at lunch—and at subsequent rest stops—was that I’d stop for about twice as long at each of the stops than I otherwise would have in order to enjoy the food. The longer stops only added to my elapsed time, which was becoming increasingly turtlelike…

The tweaked left knee from the Time Trial was one issue. Attempts to either pull up or back on the pedals would be accompanied by pain in that region, so I stopped trying to do that. However, that really handicapped my power output. Not to mention that my leg muscles were sore as a result of the Time Trial, all the miles that were ridden already, and the lack of conditioning I had done in the last couple of months.

And so there I was, struggling to crest every single hill—and there were still many of them—that would come our way, through all the mountain pine, past Bass Lake, and all the way into Mariposa.

Well, I finished the ride, but not this report (as I add this last paragraph one year later, in September 2006). What happened in those last 46 miles is already a blur to me. I must have struggled, though, because I remember making some comments to my folks after the race about how out of cycling shape I was. Not the most memorable way to complete my last double century in California for a while (since I moved to Colorado afterwards), but there will be another time I ride a double again in California. One day… 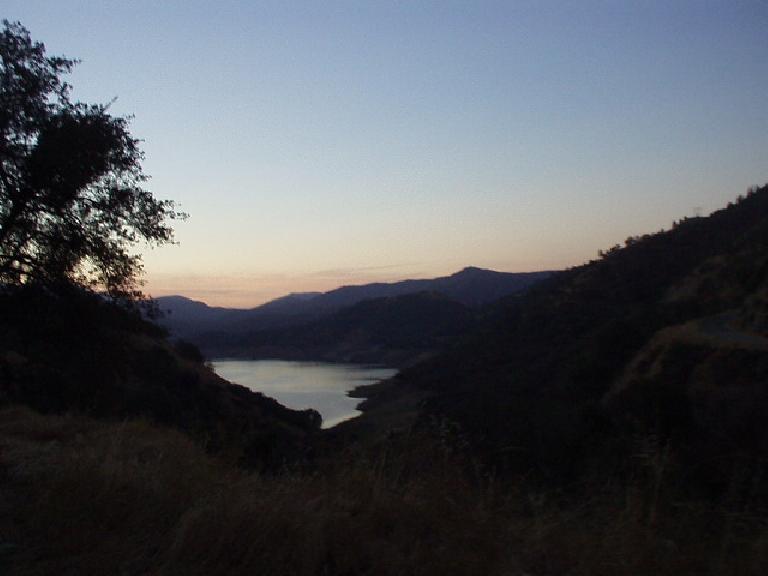 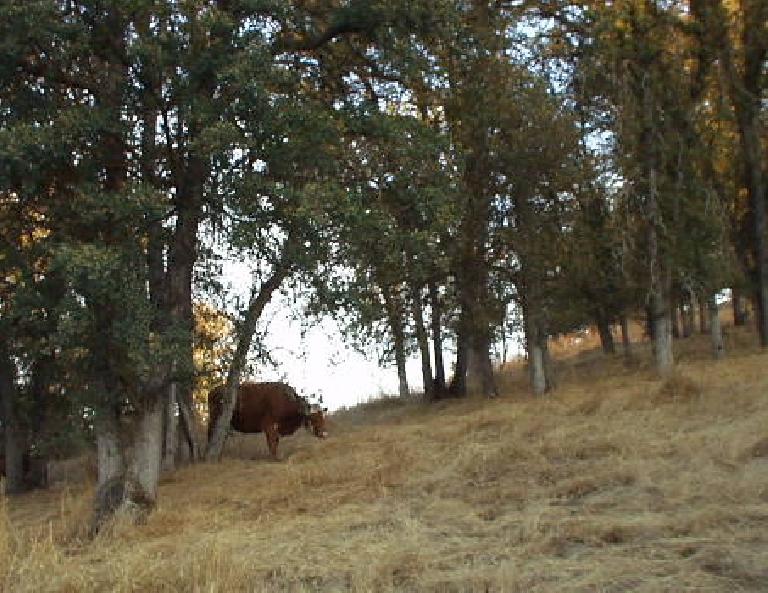 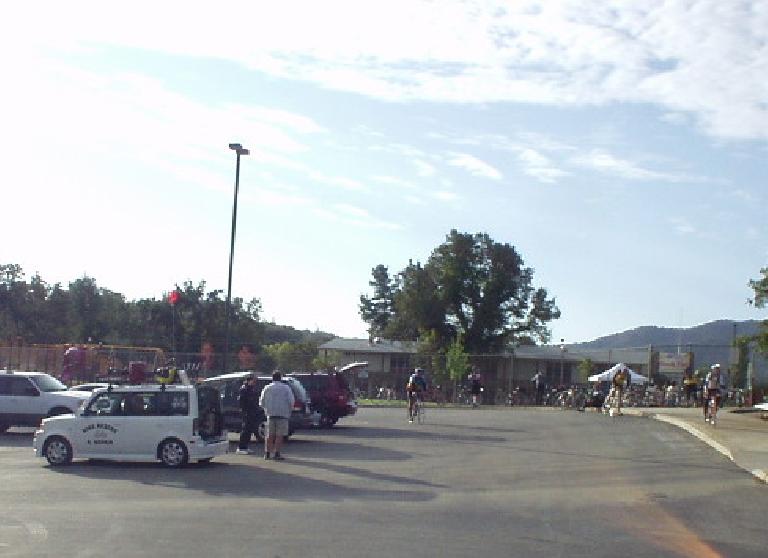 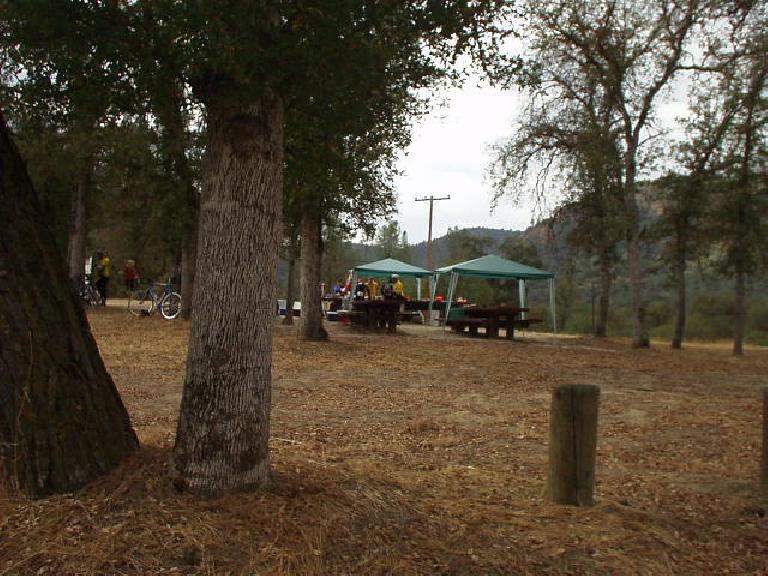 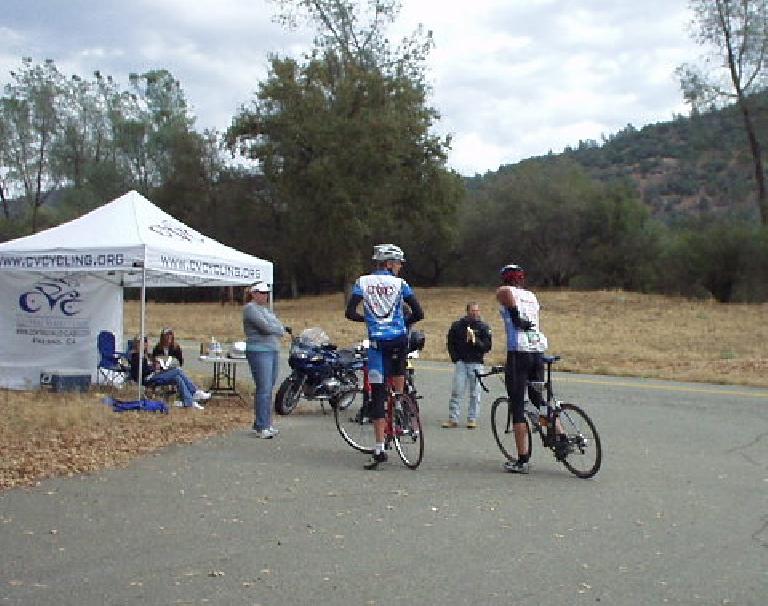 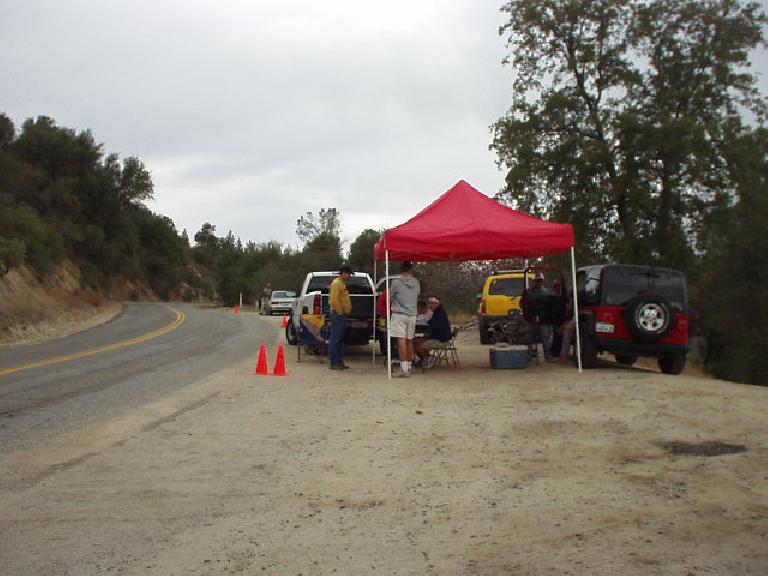 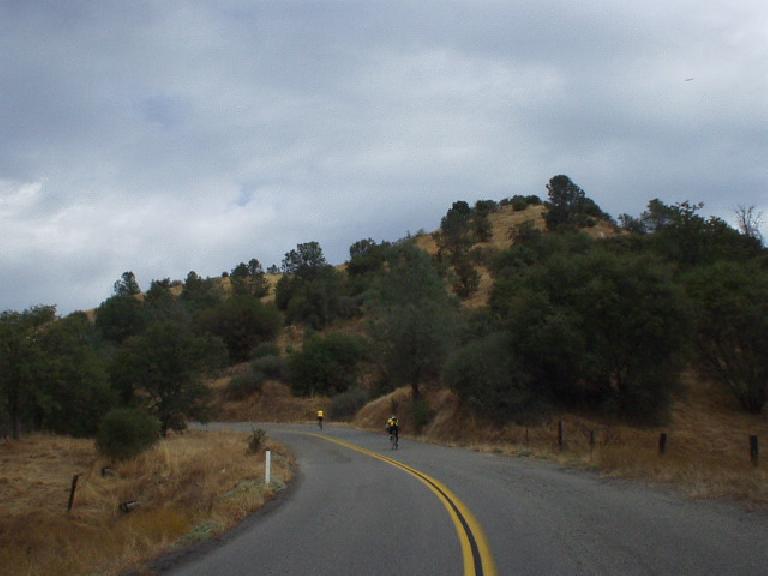 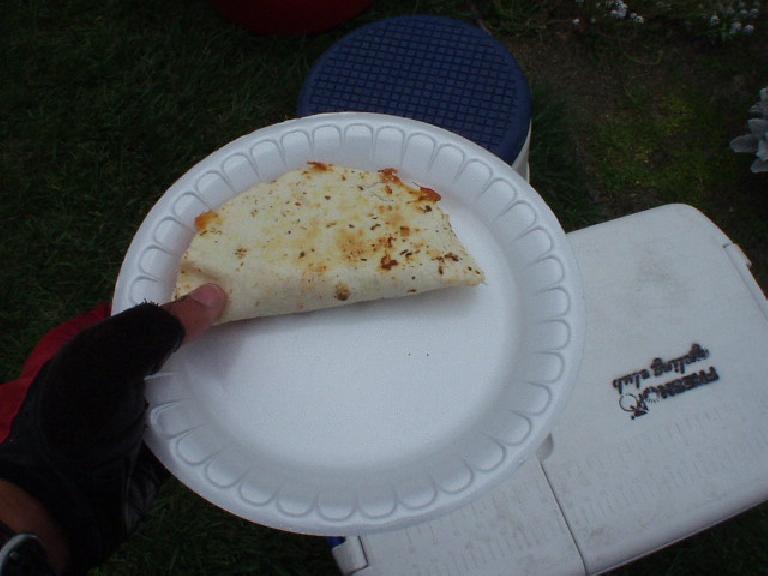 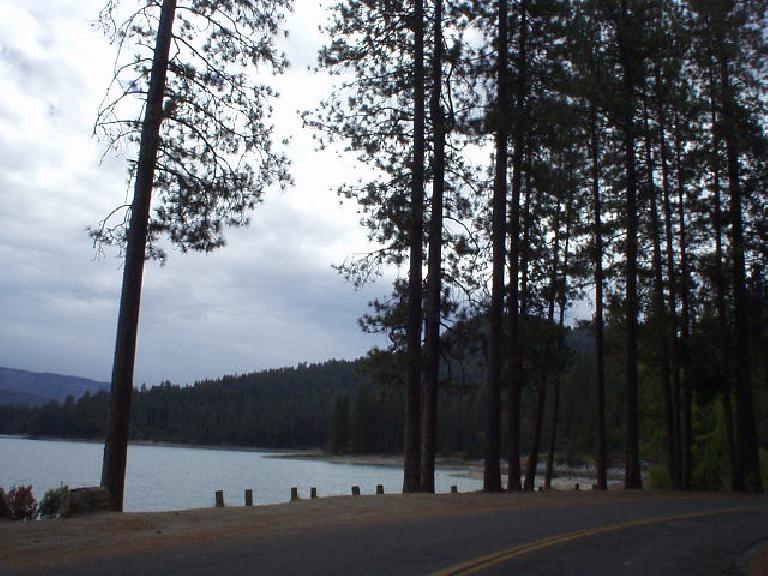 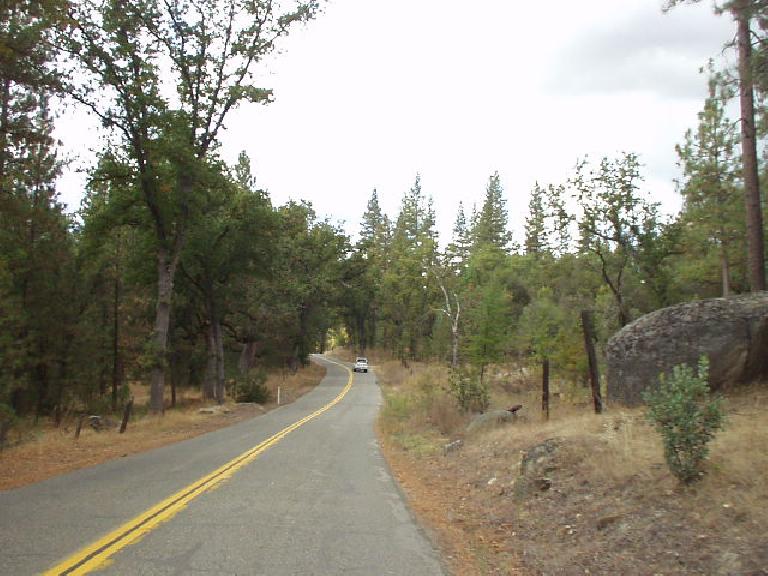 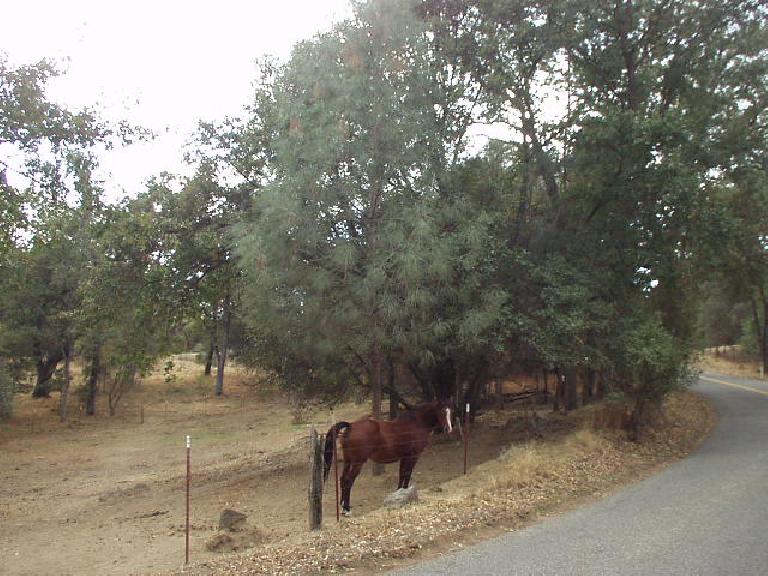 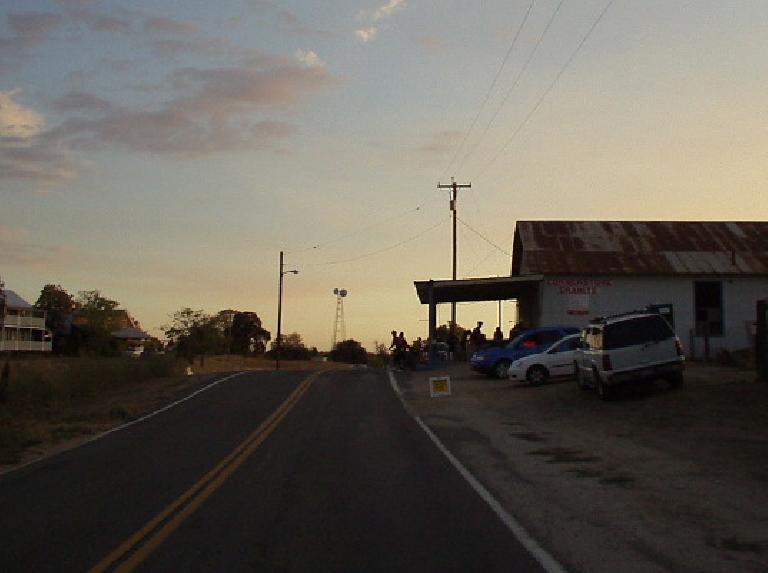