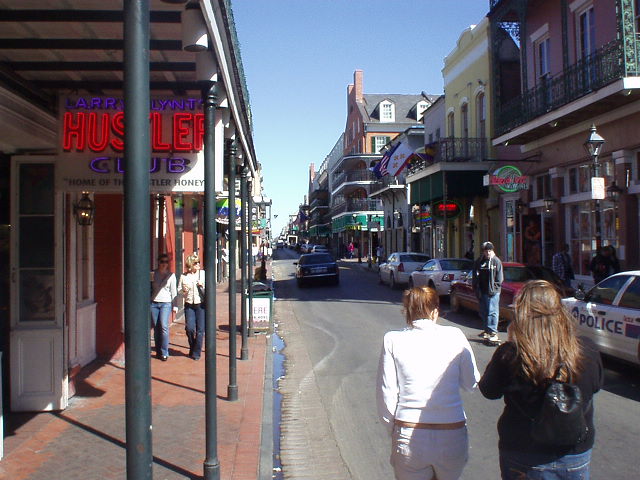 First off, allow me to clear up some misconceptions that might come to mind when thinking about New Orleans five months after Hurricane Katrina.

In my case, before stepping off of a Boeing 737 into the relatively warm, humid Louisiana air, I wondered not only about the air quality but also the water safety. My grand scheme to consume only bottled water before the Mardi Gras Marathon was foiled when I realized that almost no stores were open that sold yuppie water. Despite this, I am happy to report that, no, I haven’t suffered from a terminal bout of giardia or dehydration and, yes, the tap water tastes just fine.

Phone service and internet communication is another story. Seemingly none of the city’s pay phones are working anymore, most of which are still covered with sludge and sewage. Even the hostel I was staying at was receiving all of its calls on a cell phone. Stores—what few of them have reopened—generally only operate on a cash-only basis as their credit card machines are still not working. And good luck finding a functional ATM anywhere but the French Quarter or the Central Business District (sometimes referred to as the American Quarter). These ATMs will impose a $3 service fee for you to access your cash.

In addition, even the restaurants and retailers run by multimillion-dollar corporations—McDonald’s, Burger King, Rite-Aid, to name a few—were strikingly abandoned, boarded up, kaput. On the flip side, the McDonald’s restaurants that were open again in midcity New Orleans are offering starting jobs for $8.50-$9.50 an hour, plus weekly bonuses. Hmmm, tempting.

In contrast to the rest of the city, things in the French Quarter are hot, and I just don’t mean the dancers on Bourbon Street. Actually, the word is the adult-only clubs are doing business at least as well, if not vastly better, than before Katrina, as now there are hoards of National Guardsmen and construction workers who are more than happy to blow some dough to see some hotties. Hey, despite all that, Bourbon Street seemed far less seedy than the strip in Las Vegas, I’ll give it that.

Other businesses in the French Quarter seem to be doing fine as well. The day before the marathon, fellow runner Craig Olsen and I had a delectable cajun lunch on the second floor balcony overlooking Bourbon Street, including a wonderfully spiced jambalaya dish for myself and a crawfish dish for Craig. We also walked through a busy flea market and past a square where jazz was very much alive. The historic St. Louis Cathedral—built when Louisiana was briefly under Spanish control—looked very much spared from the hurricane’s wrath.

Witty T-shirts are sold everywhere. Here is a sampling of them:

The marathon course (full report is here) also had its share of witticisms:

Back at the India House Hostel, I also got to share in some of the New Orleans spirit. My first night there I engaged in a 3-hour, rather intellectual and entertaining game of trivia (as in, pull any random trivia question out of your head) with a doctor, a student from North Carolina, and a construction worker. The last night we all got to see the Pittsburgh Steelers pull some nice gadget plays on the Seattle Seahawks for their fifth Superbowl victory. The “one for the thumb.” At last, a team I really wanted to win, won!

Like the Steelers—who had to dig their way out of a hole towards the end of last year—the Crescent City is on its way back, and the Mardi Gras spirit is alive and kicking. Go see it for yourself; just leave your gas masks and trailers at home.