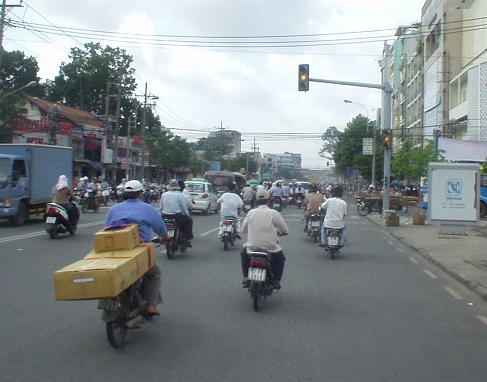 If my descriptions about puttering around on motorbikes in Saigon last summer were not enough for you, here is a great video by Jeremy Clarkson on the topic. Despite being produced in the early 90s (judging by the Porsche 911 in the video and Clarkson’s youthful waistline that’s about two-thirds what it is now), Vietnam in the video looked just like it did during my 2006 trip.

One reason for that is the classic Honda Dream is just as ubiquitous now as it was one, two, or three decades ago, and of course most of the buildings haven’t changed. It was a real kick to recognize many of the streets and intersections from “the Paris of the Orient” (Saigon) in the video.

We are wanting to hire a car and drive from Ho Chi Minh City to Nha Trang spending a few days stopping on the way, is it a good idea or better to just fly there.