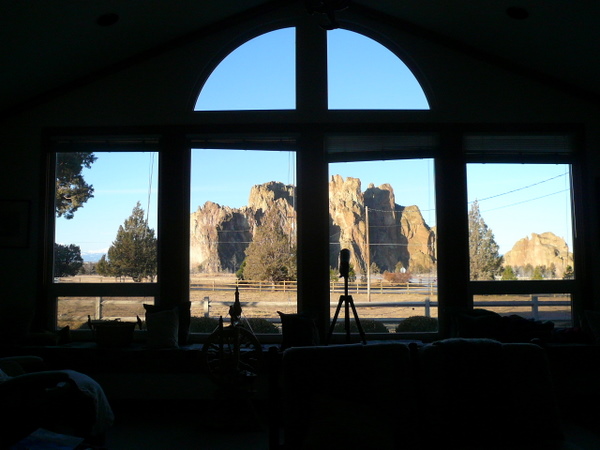 In fact, Kimi really did mean she was right across from Smith Rock. Check out the photo above taken right after I woke up and drew the blinds in the living room. My jaw just about dropped to the floor. Views from home of one of the world’s best climbing areas don’t get any better than this!

Today Tori and I spent most of the day looking at homes in Bend, but I hope to get out and do a trail run sometime in the next couple of days after the trails at Smith have dried up (since it rained this morning). I guess I have little excuse to do so when they’re just outside the window. Literally!