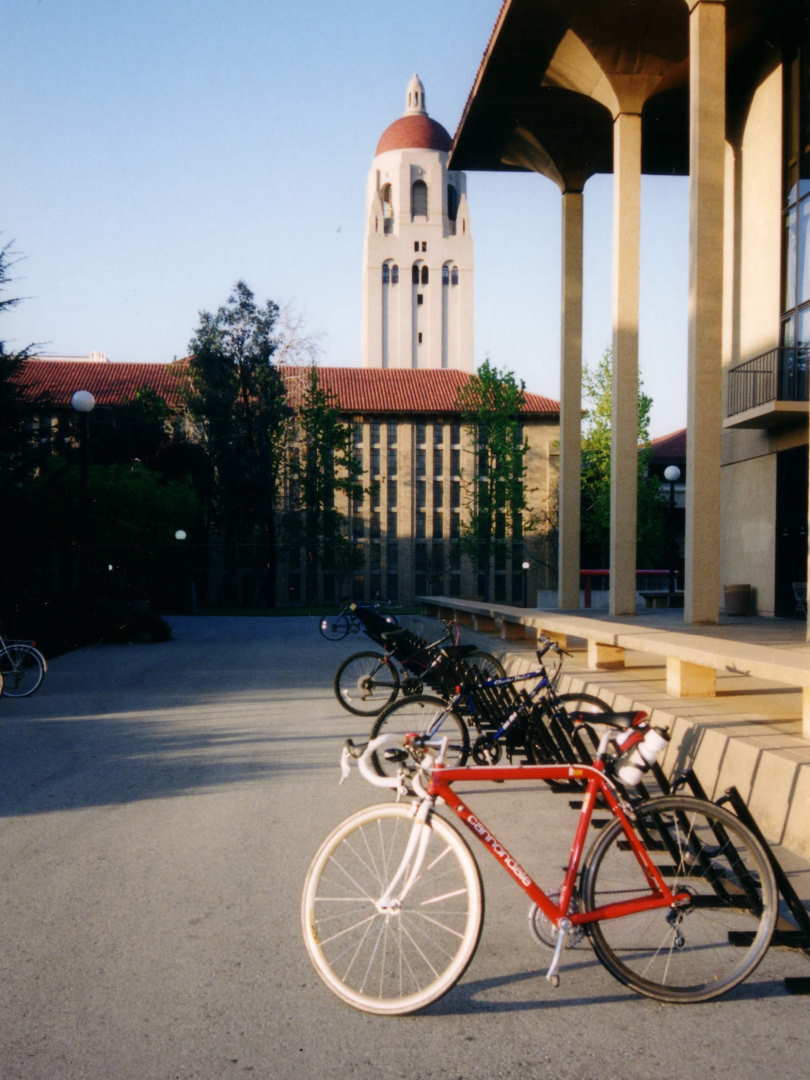 Yesterday was a big day for my alma mater. In addition to being featured in the new Knight Rider last night, Stanford was the venue of the prologue in America’s premier bicycle stage race, the Tour of California. Too bad I did not know this yesterday, otherwise I would have watched the live video feeds for that online instead of wasting 15 minutes of my life watching Fox’s NASCAR commentators try to put together coherent sentences while drivers went round ‘n’ round in left-hand ovals.

Stanford is a special place in part because of high-profile, world-class sporting events. For example, in Super Bowl XIX (1985), the San Francisco 49ers played the Miami Dolphins at Stanford Stadium. Then, during the summer between my freshman and sophomore years, the World Cup was hosted in the fields by the stadium. (I could tell whenever had just scored a goal because I could hear the cheering just 1/4-mile away from the dorm-trailer I stayed in that summer.)

Actually, my best sports event memory is from July 2000, in which I went down to Stanford after work to watch tennis in the Bank of the West Classic, and briefly encountered (and got the autograph of) Anna Kournikova afterwards.

Anyhow, I digress. I’m sure that the prologue started down University Avenue in Palo Alto, looped around the oval and ended along Stanford’s picturesque Palm Drive was a sight to behold. Never mind that the distance of the entire race was only something like two miles and the winner, Fabio Cancellara, only had to ride for three minutes and 51 seconds. Not even four minutes! One almost has to wonder what is the point of that but it is clearly more of an opening ceremony than a real race.

Still, I would have loved to have seen that especially at my old stomping grounds. Ah, well—if history is any indication, there will be another year when the Tour of CA returns to “The Farm.”

In the meantime, there is always YouTube. Below is a photo slideshow courtesy of “LifeIsGoodTV”.