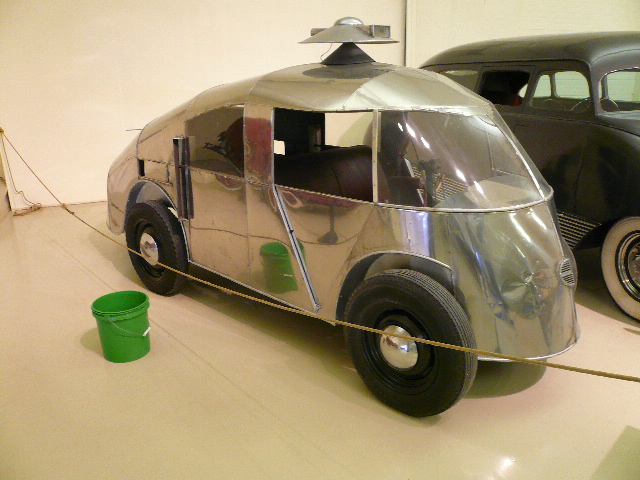 I had just finished eating a scrumptious salad at Moody’s Diner in Waldoboro, Maine, when I consulted Gary McKenchnie’s book, Great American Motorcycle Tours, about the next leg of the White Mountains to Blue Seas drive.

“Hey, what’s this?” I mused after reading a paragraph. “A ‘transportation museum’ just southeast of Camden.” Reading on, I noted something about planes, some vintage Harleys, and even a prototype 1963 Mustang. I think the latter just about did it for me since I was driving (and enthralled with) a 2008 Mustang on this trip.

So I punched in “Owls Head Transportation Museum” in my Garmin GPS device and away I went. Turns out the museum was not very far off the Coast Highway—Highway 1—that I was already on.

It also turned out that it was perhaps the most interesting museum I’ve ever been to. All vehicles in there (but one) were pre-World War II machines, and many dated back to the early part of the 20th century. Each one was a notable part of motoring and aviation history, which made it so interesting.

See the photos below for examples. The captions explain their significance.

The only post-WW II machine I saw? The prototype Mustang. It wasn’t even on the main floor though—instead, it was stashed away in the shadows of a storage room. So I couldn’t see it up close, but at least elsewhere in the museum was a photo providing a side shot.

[...] Tours, about the next leg of the White Mountains to Blue Seas drive. ???Hey, what??s this???? Ihttps://felixwong.com/2008/04/owls-head-transportation-museum/Welcome to the Owls Head Transportation Museum, Celebrating ...The owls head transportation museum [...] ↩ Reply