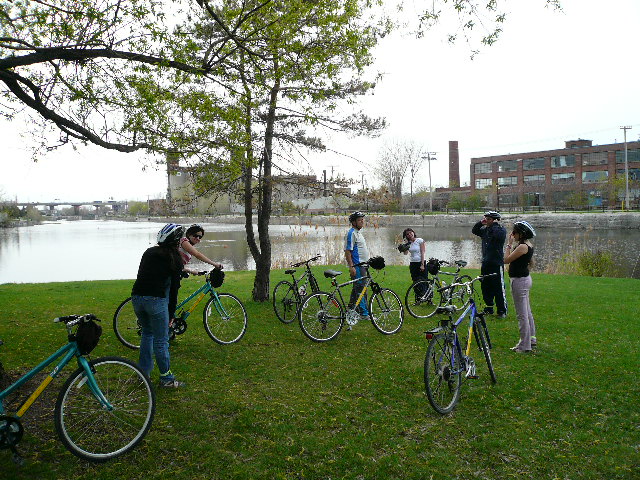 Well, it seemed like a brilliant idea at the time: renting a bicycle after class with some friends from the Point-3 Language School in Montréal and work out the quadriceps. But if I had any illusions that this would constitute some much-needed “training,” they vanished within 10 minutes when a couple of our girls were already a whole province off the back of the group despite the rest of us rolling at a speed of maybe two kilometers per hour (ok I’m exaggerating) on the bike trail adjacent to Le Canal de Lachine. Something about “not having ridden a bicycle in 15 years.”

No worries; we waited and still had fun. It turned out to be a good scouting mission for the question of “where in the city does one go running or biking for fun anyway?” In fact, four days later, I’d run on the same trail (which was adorned with banners proclaiming its 30th anniversary) to the port of Lachine and back for a distance of, oh, 30 kilometers.

Voila! Here are some photos.