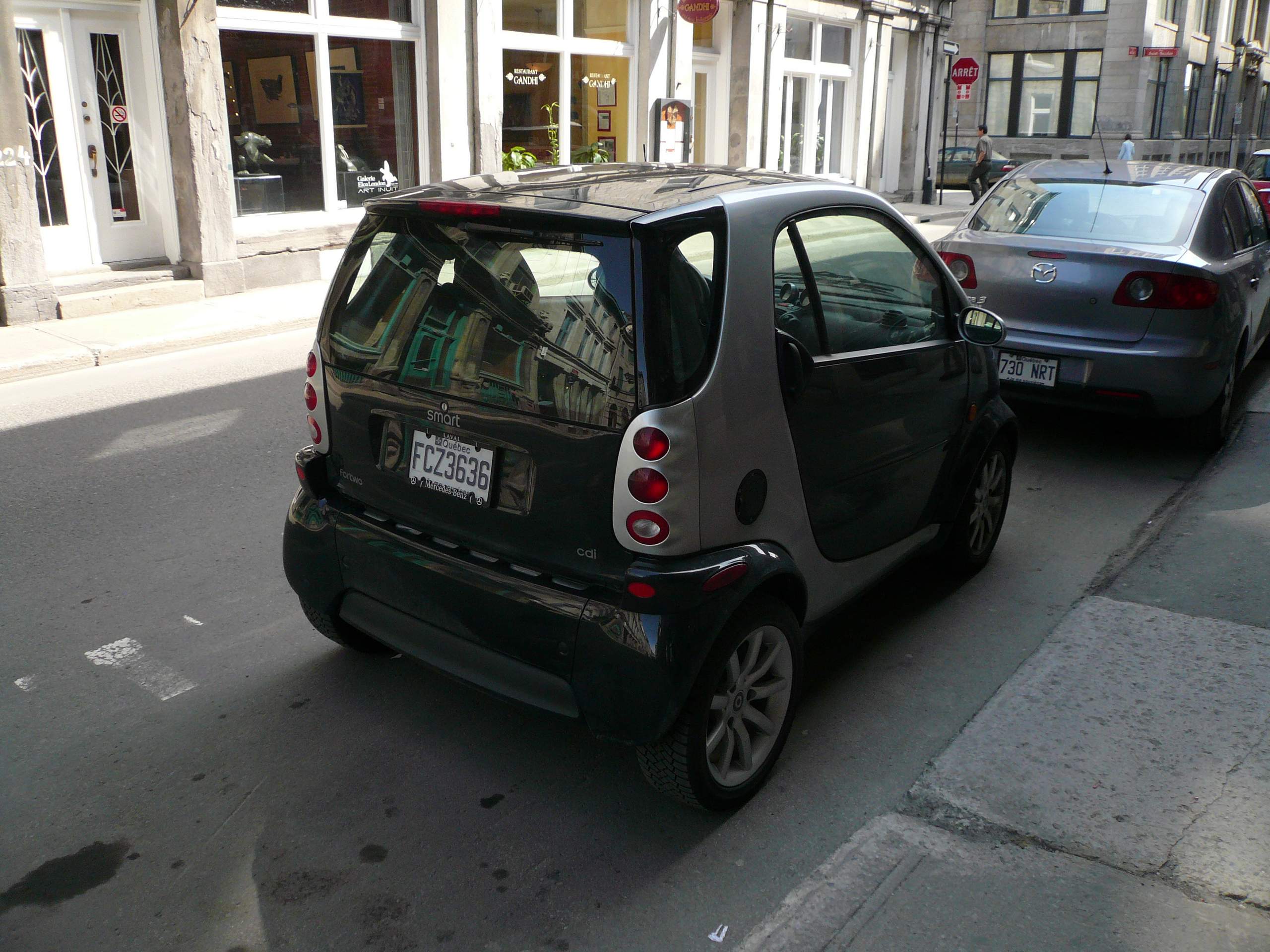 “Wow, I didn’t realize that in this day and age it is still legal for new street cars to have exhausts even louder than my old MGs,” I thought as a bright yellow Lamborghini Gallardo Spyder positively roared down a busy street in downtown Montreal on a Friday night.

I could get used to seeing all the eye candy here in Montreal. In this city where seemingly everyone is impeccably dressed and the women are (in the words of several friends who were right!) “totally hot,” it comes as no surprise that many of the cars people drive are gorgeous too.

What are some of les voitures cheres I’ve been seeing on a daily basis? Off the top of my head, they’ve included Audi TTs, Mercedes roadsters (e.g., SLKs and SLs), BMW M3s, BMW Z3s, Ferraris, Ford GTs (I saw two!), Lotus Elises, Maseratis, and Porsche Boxsters and 911s. Also, on the same day I saw the Lamborghini Gallardo Spyder (the first Lambo roadster I’ve ever seen on a city street), I spotted a mechanically related Audi R8.

On average, I’ve seen about two exotic cars per day in Montreal. That is more than any other place I’ve been, with the exception of maybe Woodside, CA on a weekend.

Of course, while there seems to be plenty of rich people here in Montreal, these are not the vehicles most people drive.

The cars I do see a lot of include the:

Yes, sadly, there don’t seem to be many of the cars that are not also available in the United States. Too bad; a Renault or Citroën would look particularly appropriate considering Québec’s French roots. The closest thing to a new French car out here is a Nissan Versa (which is based on a Renault Mégane).

One other car that’s out here that the U.S. doesn’t get is a 2007 Suzuki Swift. Well, sort of. The Canadian Suzuki Swift unfortunately is not the same car as the (supposedly) excellent Swift that’s available in Latin America, Japan and elsewhere. Instead, Canada gets a Swift that’s exactly the same as the Chevy Aveo 5-door which is made by Daewoo of Korea.

I did see a ’91 (or so) Alfa Romeo Spider in Old Montreal that looked absolutely fantastic among the old, gray, brick buildings. Apparently some of the other Montrealers thought so too, since as I was fumbling for my camera, two of them walked up to the car (which had its top down) to admire and talk about it.

Moments later, I saw a green Alfa Romeo Spider—just like the one I have—putter down the road.

I was pleased to see very few SUVs here. I can guess why they are not popular in Montreal: 1) parking is scarce, 2) there seem to be very few overweight Montrealers here, so interior room isn’t quite as important as it is to obese Americans, and 3) gasoline costs about CAN$1.35/litre. That converts to roughly US$5.11/gallon. Wow, I guess gasoline in the U.S. (now averaging around US$3.65/gallon, so I hear) is still “cheap!”