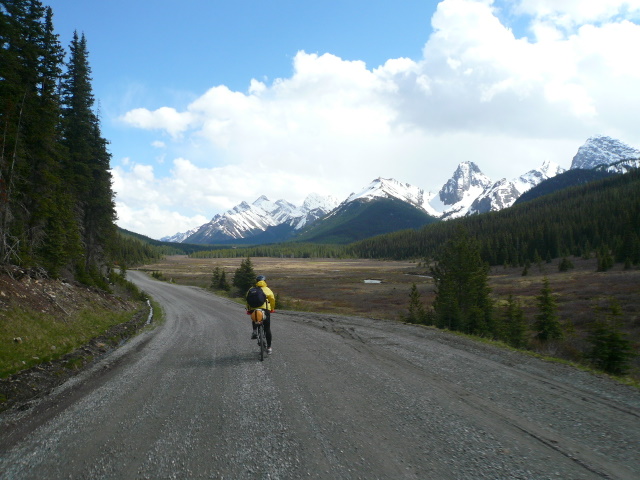 Today was the big day: the start of one of the world’s toughest bicycle races along the world’s longest mountain bike route. Seventeen racers, including myself, gathered outside of the Banff YWCA, snapping photos and checking out each other’s rigs while anxiously awaiting the mid-morning start time.

When the clock finally struck 10:00 a.m., we all rolled out on pavement for about a mile before entering a trailhead while letting out whoops and hollers. It would be the last time any of us would see most of the others. Race on.