Monday and Tuesday were pretty tough for me. Monday I was starting to finally feel pretty fatigued. I think I wasn’t intaking enough salt. But I solved that my consuming a can of chili beans and potato chips.

Started to feel better but then Tuesday, MAN, first there were downed trees everywhere. I had to dismount my bike about 100 times and at times even throw my bike over a tree, then scale the trees like it was a rock climbing wall or something.

Then there was all of the snow on the Pass. It was a snowfield, very exposed. I even had to kick steps like in mountaineering. Pretty unsafe up there. I hope that if there is anyone behind me, I hope they are careful. It was pretty hairy. A very __ traverse.

Anyway, I hope to make it up Huckleberry Pass today and get to Lincoln by tonight or tomorrow morning. I’ll call back in a couple of days. 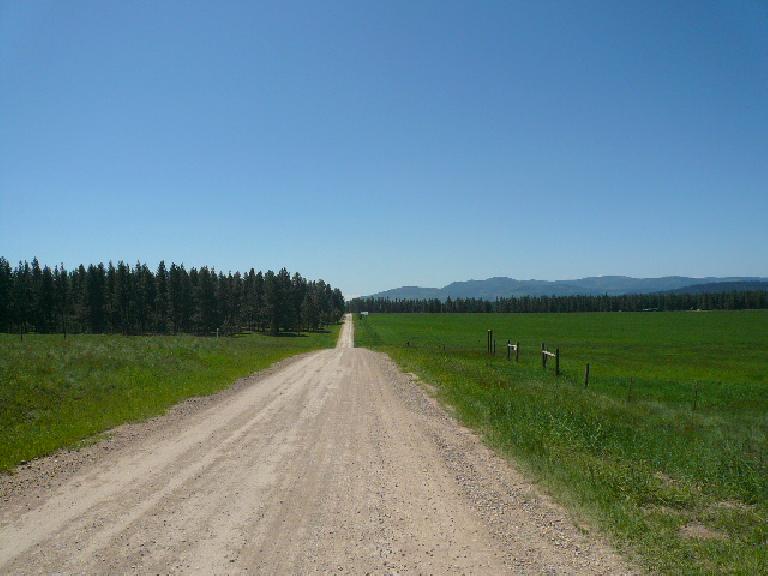