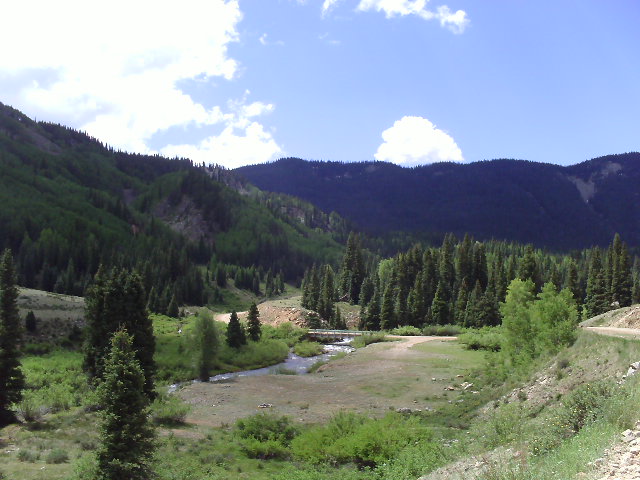 Felix Wong has a Rough Time coming into Platoro

Hi, this is Felix Wong calling at 12:39 on Thursday, July 3rd from Platoro, CO. I’ve had some great days in the race and I’ve had some bad days. You can definitely classify yesterday as one of the latter.

First there was Indiana Pass. My legs weren’t there. It was a very long climb, very steep, but worse once I got near the top of the climb a storm rolled on through. It was pouring with freezing rain. Within an hour even though I put on all my clothing, I became very hypothermic. My teeth were chattering. My hands were completely numb. I couldn’t operate the shifters or brakes and it was still four hours to Platoro.

Consequently, I also had a late start this morning. I was just not willing to endure another cold morning in wet clothing. So I started late. I got to Platoro. It started raining about 20-30 minutes ago. Fortunately, its not raining hard now. I hope it passes through. I looks pretty gray up there.

I’m pretty demoralized I have say but I’m almost to New Mexico There is just one more week hopefully to go. I hear Matt Lee finished last night. Congratulations to him. I hope to be done within the week myself, but I realize that there is a lot that can happen in the 744 miles I have to go. I’ll talk to you later. Take care.
(recorder time: 2008-07-03 13:43:46 EST)

Hi, this is Felix Wong calling at 12:58 from Platoro. I just wanted to thank everybody for their messages. I just listened to them. They are very helpful. About 20 minutes ago when I called in I was feeling very demoralized. Now I’m feeling inspired again. I’m going to press on. Listening to the messages really helped especially since it is still raining and there is thunder and lightening in the distance but I’m going to see what I can do today and I’m going to continue on. Talk to you later.
(recorder time: 2008-07-03 14:00:46 EST)