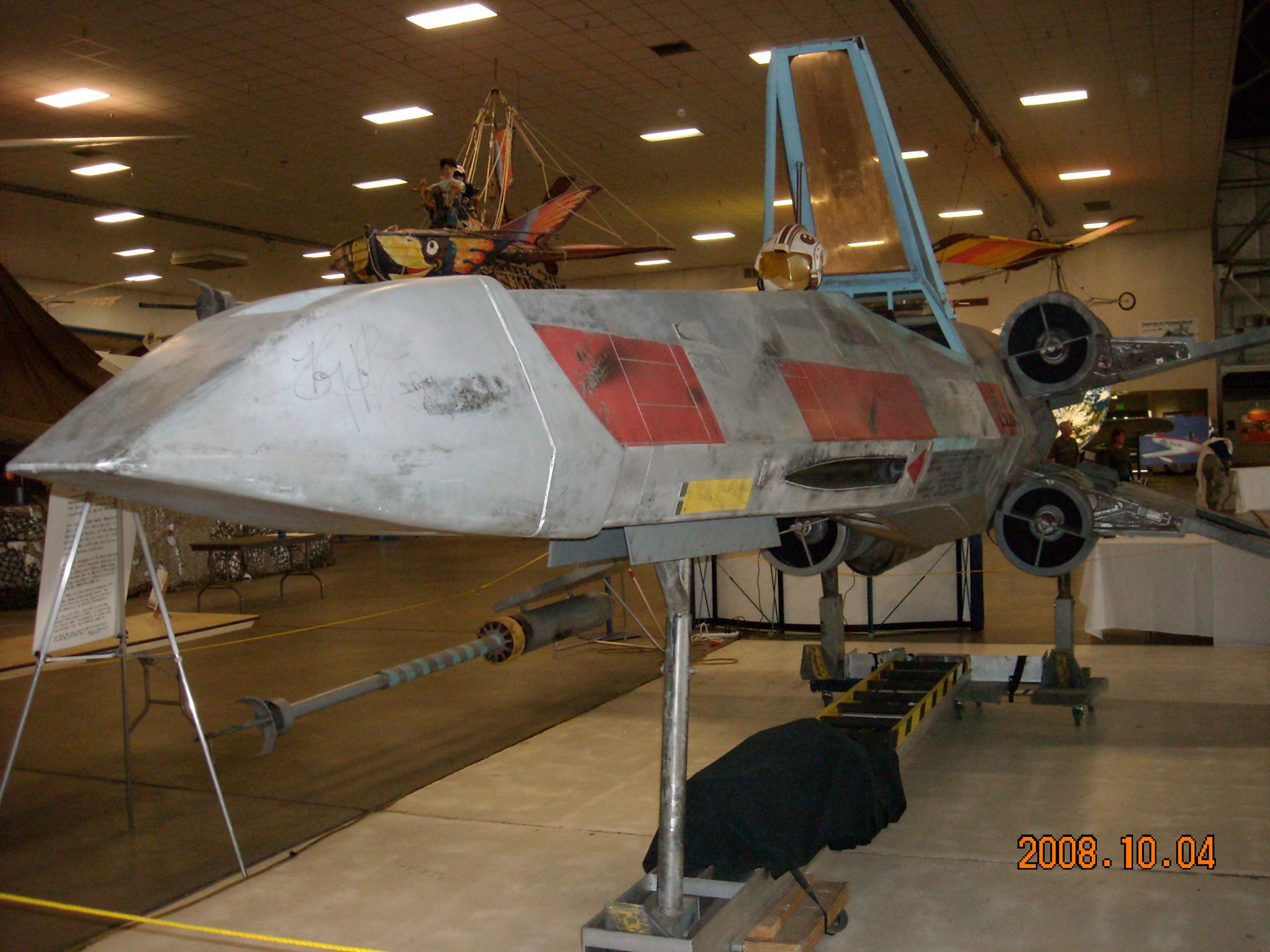 There were aluminum-clad bombers, fighter jets, and WWI-era planes inside the Wings Over the Rockies Museum in Denver, Colorado. But the relic that caught my attention the most was a space vehicle used in one of the original Star Wars movies.

“Somehow,” I mused with my best engineering judgment, “I doubt that could fly…”

My friend John and I also laughed about some other displays, such as the kiddie pedal-powered airplane about the size of a tricycle (“I doubt that could fly either!”) and an anti-gravity room where a mannequin was floating sideways (“hey, there are wires attached to her!”)

Perhaps the most fascinating thing at the museum, however, was the British documentary In the Shadow of the Moon shown every 90 minutes about the U.S. manned spaceflights to that distant lunar object in the sky.

It showed moon mission-related clips including John F. Kennedy’s speech about his audacious goal to put a man on the moon and safely bring him back within a decade, Sputnik I’s launch, along with the successes and disasters of the Apollo missions and Neil Armstrong’s first moonwalk. Inspiring stuff; the ultimate adventure for mankind. It was even more amazing to think that all this was accomplished four whole decades ago, long before Microsoft, Sun Microsystems, or CAD software existed to help engineer all that stuff.

The documentary gave me hope that if were able to put a man on the moon under those circumstances, things like putting a million plug-in vehicles on the road by 2015 or becoming an oil-independent nation by 2018 are perfectly plausible. At least a lot more so than the Star Wars space vehicle in the Wings Museum ever getting off the ground to return to another galaxy.