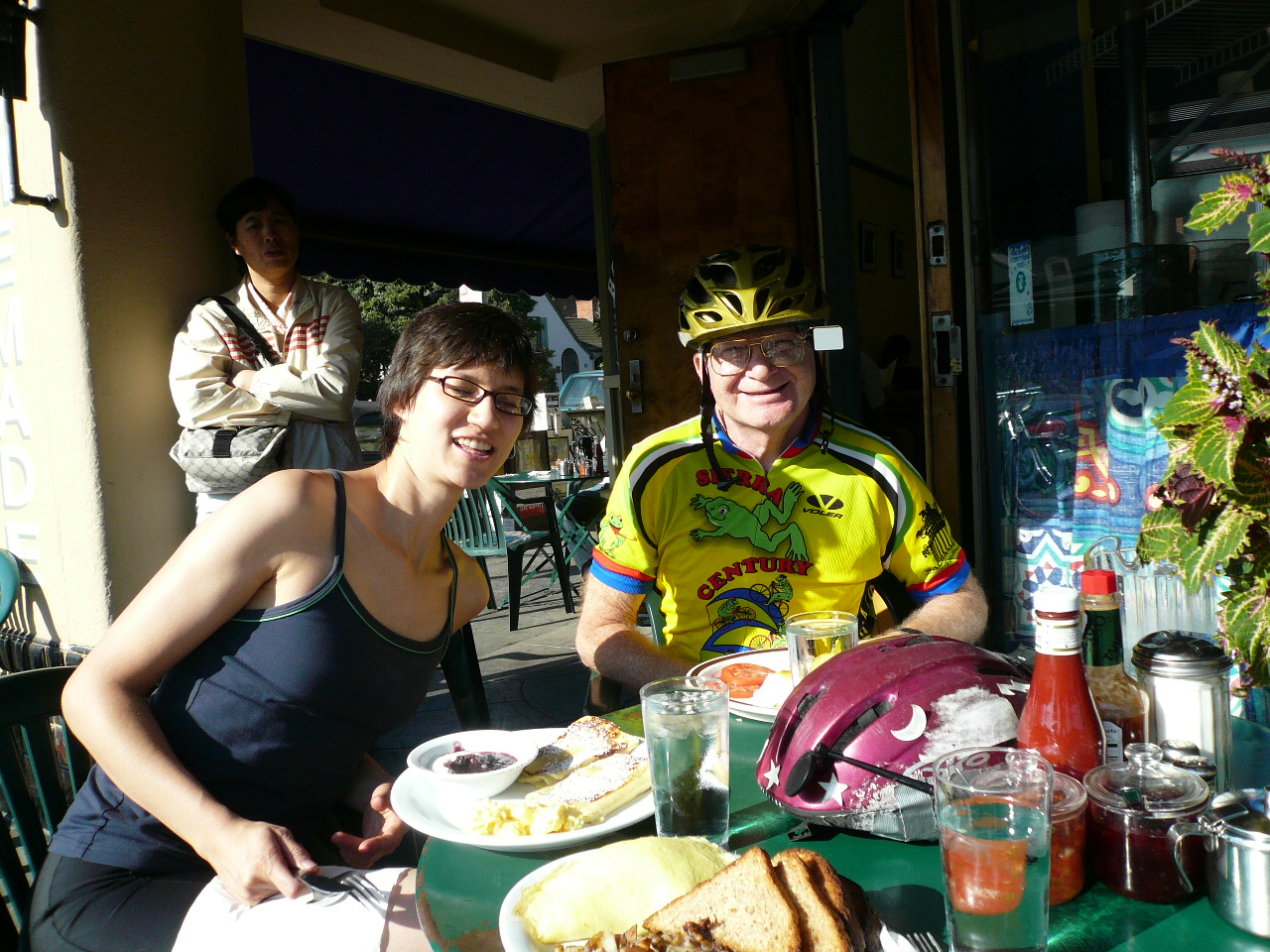 “Phew!” I exclaimed to Joe and Sarah after biking over to a little diner in downtown Berkeley. “What a workout.”

I was kidding around. Despite this being only the third or fourth time on two wheels since the Tour Divide in July, even I could handle riding the one mile on a borrowed hybrid bicycle starting from Sarah’s place. Joe, on the other hand, had woken up two hours earlier to bike over from Lafayette in order to meet up with Sarah and I and had even done some riding in the dark. He certainly deserved the pancake and eggs served up for us on this Sunday morning.

Sarah, of course, is my ol’ hiking/adventure pal in California. Joe is seventy-something years young who I am honored to count among this web site’s meager readership. One of his amazing feats include riding up Mt. Diablo 50 consecutive weeks in a row—a streak that would have continued on longer had a motorist not hit him the week afterwards. It took over a month for his injuries to heal but was nearly fully recovered by the time I was able to make a brief visit to the North Bay.

After breakfast we biked up to Grizzly Peak, through Tilden Park, and onto Nimitz Way, a recreation trail for cyclists and pedestrians. We then rode over to the Nike Missile Site, which fortunately no longer has any live missiles but does offer nice views of the East Bay foothills, the San Pablo Reservoir and even the San Francisco Bay.

We then rode back into Berkeley, which was particularly low-effort since it was all downhill!

When it was all said and done, we had biked 25 very enjoyable miles. Sarah particularly enjoyed talking with Joe since they both love birds, are birdwatching enthusiasts, and unlike me, can easily tell the difference between, say a sparrow or a robin. Or a blue jay and a pigeon. Or a duck and a goose. You get the idea.

Joe even entertained Sarah by singing some bird songs. I also think I heard someone sing “birds birds beautiful birds.” Or was it “trees trees beautiful trees?”

In any case, I think I translated into my head, “bikes bikes beautiful bikes.”