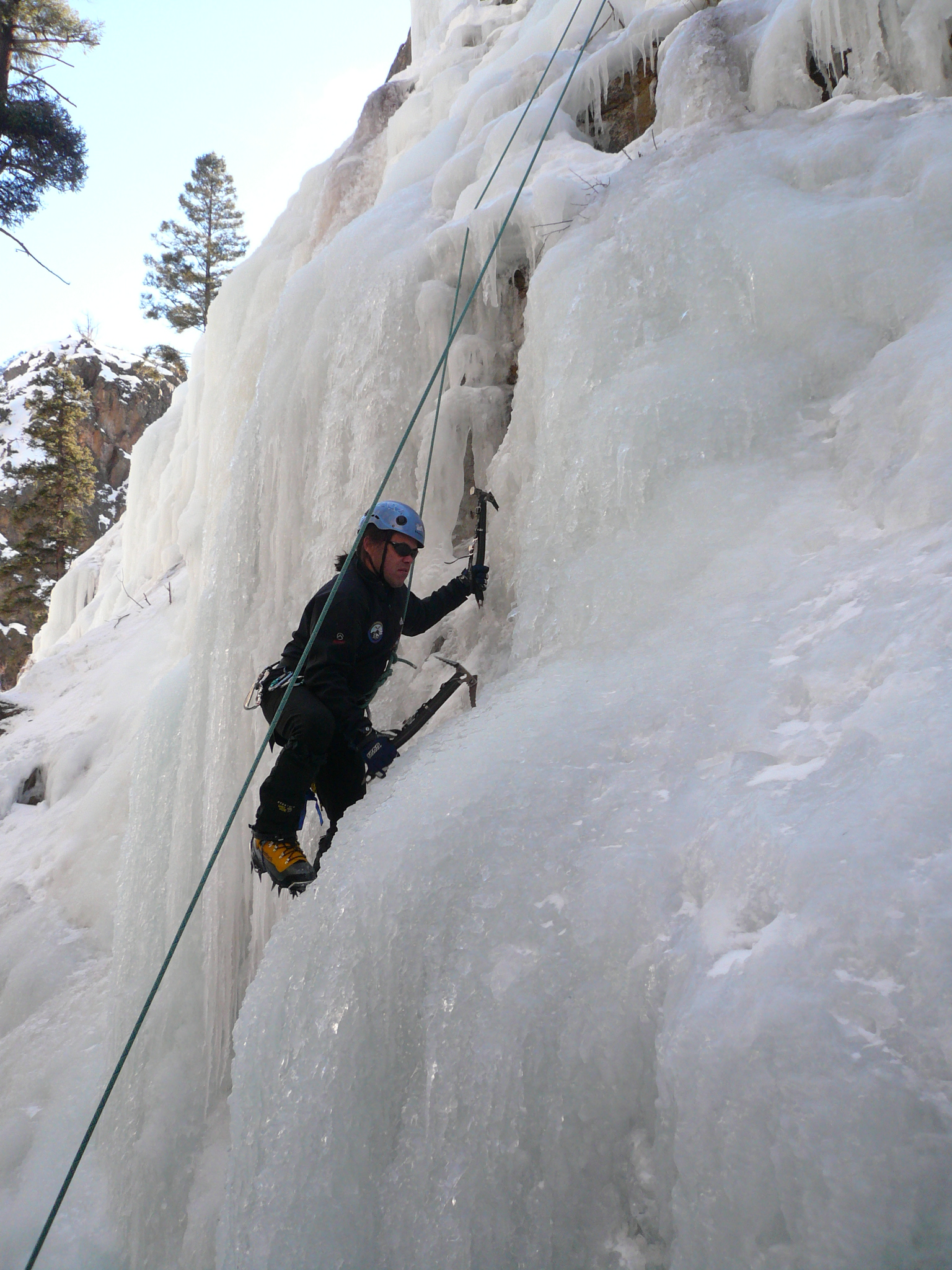 For years, Michele had been trying to get Tori and me to give ice climbing a try. While I was keen on the idea, Tori had always dismissed the concept out of hand, citing reasons such as “being cold on the side of a cliff just does not sound appealing.” I.e., reasons a perfectly rational person might give.

Happily then, Tori’s adventurous side took control of her when Michele floated the idea for a late January/early February ice climbing trip to Ouray in Western Colorado and became a willing participant. So did my friend Danny who, like Michele, had previously climbed at Ouray at least a half dozen times. We rented a condo owned by the Victoria Inn in Ouray for a Friday-Tuesday trip.

It turned out to be a very fun weekend, including three days of ice climbing, two nights of soaking in the Ouray Hot Springs Pool, one evening soaking in the Victoria Inn hot tub, and many visits to Mouse’s Chocolate & Coffee. In addition, Danny and I ran on snow, dirt and ice on two separate occasions for a total of about 16 miles.

On Saturday and Sunday, Michele’s adventure-racing friends Heidi and Jeff joined us and we had some very tasty homemade dinners in the condo. Also, we (well, mainly Danny and I) watched the most AMAZING Super Bowl, in which (much to the bewilderment and eye rolling of the others) I got to wave my Terrible Towel a lot. Yay, Steelers!

Finally, it was a good trip for bonding with great friends while getting plenty of arm- (and leg-) busting exercise. Tori and I even agreed that ice climbing is something we would be interested in doing again, even if it means being cold on the side of an icy cliff another time in the future.