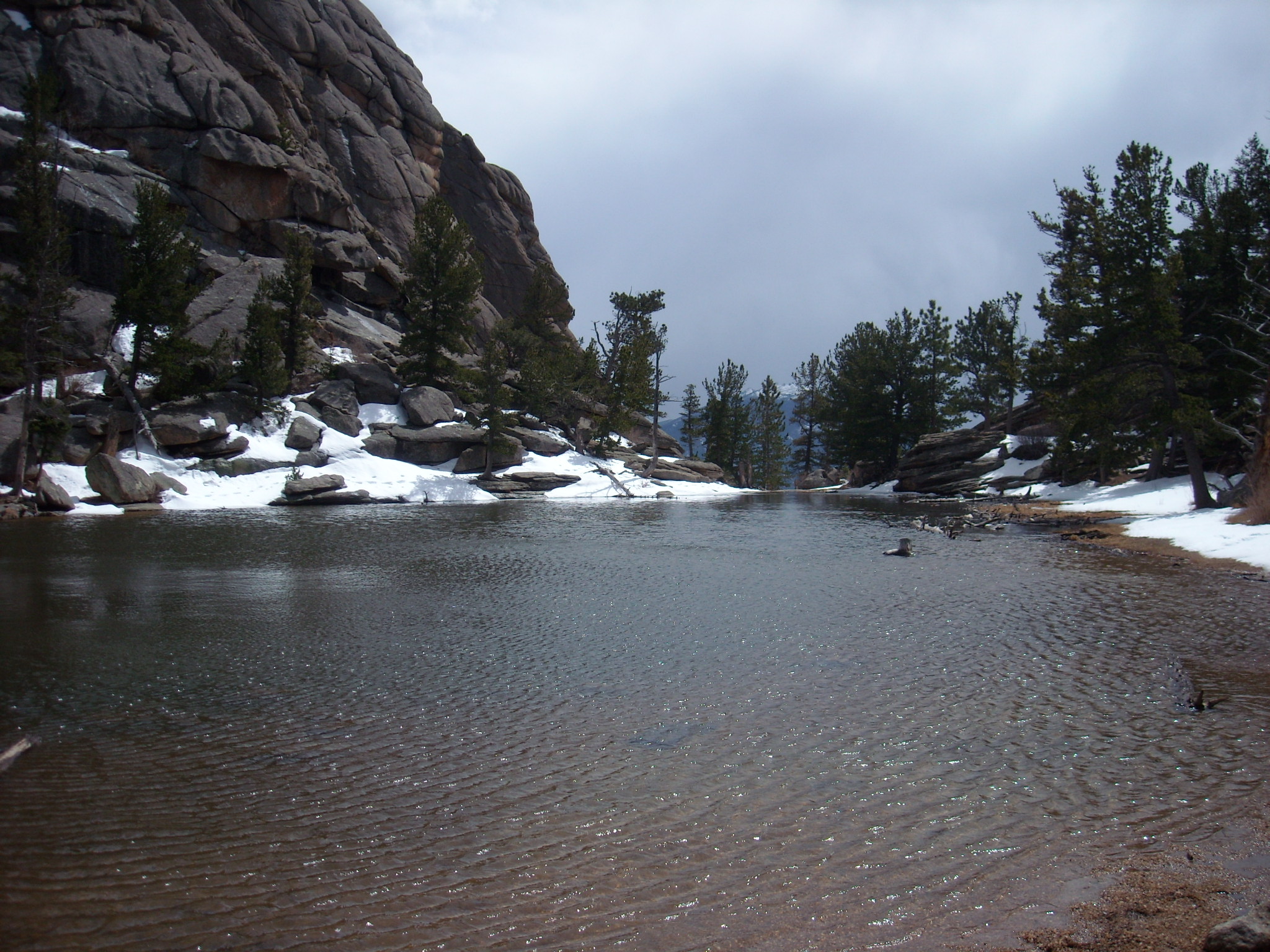 The initial idea was to climb one of the 54 Colorado Fouteeners, but with the snow from last weekend’s storm smothering mountaintops like whipped cream on a sundae, Anna and I decided something more mellow—i.e., lower—would be better.

Hence, we drove out to Lumpy Ridge east of Estes Park for a hike of just under eight miles up to Balanced Rock and back.

Despite never getting above 9,000 feet, there was plenty of upward hiking including sections that felt like a StairMaster machine. Two miles in we encountered 4-6″ of snow right before Gem Lake—snow that was melting quickly but would remain present for the rest of the distance to Balanced Rock.

After Gem Lake, it was evident that we were the first ones to be venturing out here ever since the weekend’s snow storm as there was a complete dearth of tracks. At least human ones. We did, however, encounter huge paw prints that were undoubtedly left by a bear. We followed these for about a mile after concluding that this bear knew the trail and where he was going.

“Let’s just hope the bear is long gone,” I said, after which Anna joked that only the slower of us had anything to fear.

After a few hours of hiking, we found it: Balanced Rock! I had never seen a picture of it before, but it was obvious that this was Balanced Rock by the way the rock seemed to be precariously balancing on a much smaller pedestal. (See photo above.) We ate lunch here.

Going back to the cars was a little quicker since there was net elevation drop and all we had to do was follow our tracks instead of trying to find or blaze a trail. We encountered other human beings for the first time all day with about a mile to go.

With the weather being absolutely perfect for a hike like this, we declared the trek a success and that we should try to get back into the mountains again soon. Perhaps next time it will be one of the easier fourteeners.

You can read Anna’s writeup of the day trip here.

Excellent write up. It's always fun to read another person's perspective of the same hike. ↩ Reply