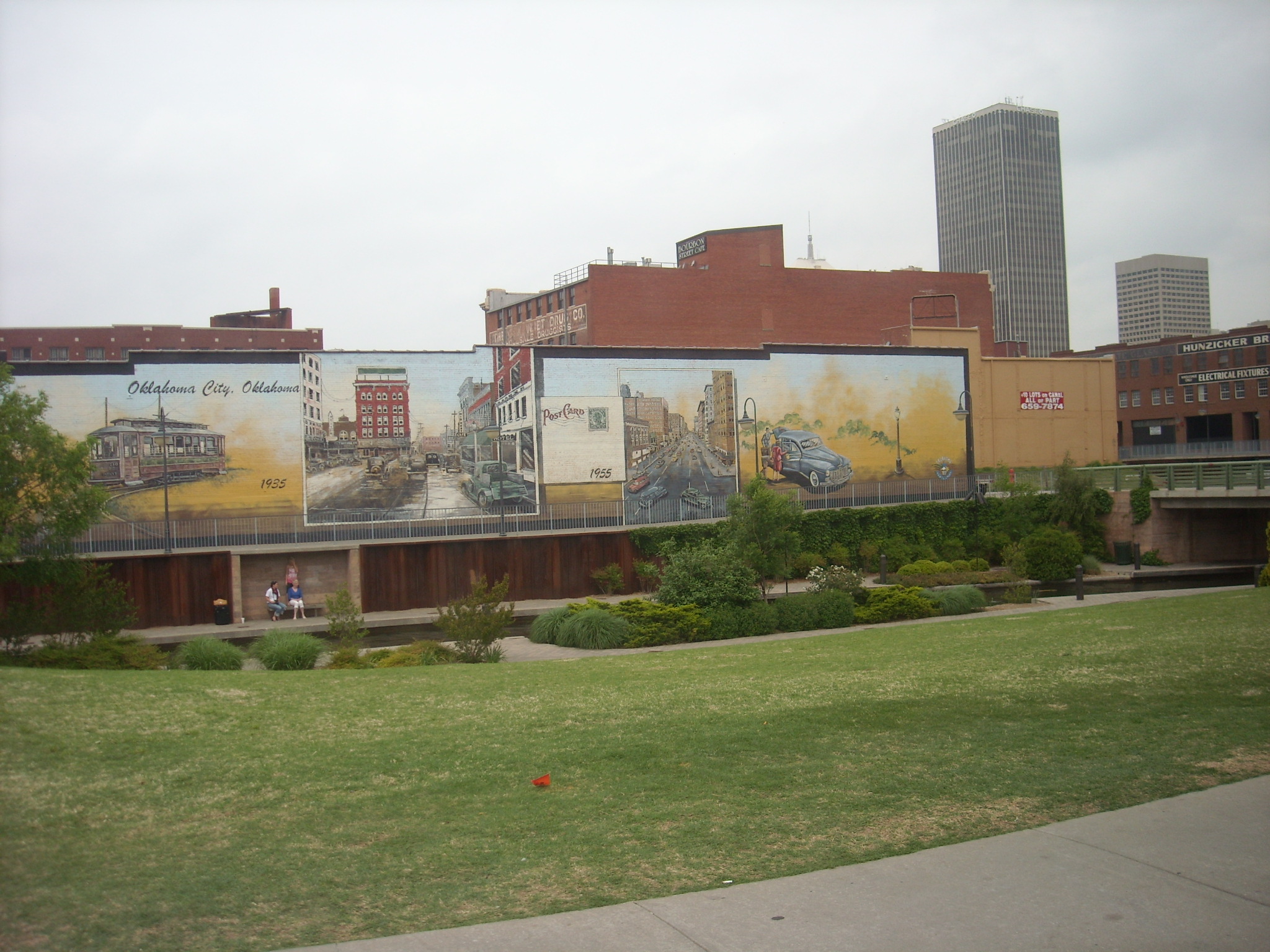 “Oklahoma City is actually very green,” my friend Venus told me over the phone a few days before I headed down there to visit.

Turns out that the color of the landscape would not be the only misconception I had that would be dispelled. Never having been to the Sooner State and having seen few images of it, everything I had imagined about Oklahoma and its capital was based on what I read in Grapes of Wrath, set in Great Depression times. Dusty, brown, impoverished, whatever. So cruising the streets of OKC was an eye-opening experience.

Venus, her friend Ryan and I went to the annual Festival of the Arts downtown on Saturday, and this is where I encountered another surprise: food portions. Seemingly everything was “jumbo-sized” at the food vendors: Jumbo Turkey Legs, Jumbo French Fry Loafs, Indian Tacos the size of a dinner plate, etc.

“Well, as you can see,” Ryan explained, “the people here are jumbo-sized too.” He had a point—obesity did seem to be epidemic here in Oklahoma City. It was another way OKC diverged from the The Grapes of Wrath—food is definitely not in short supply here!