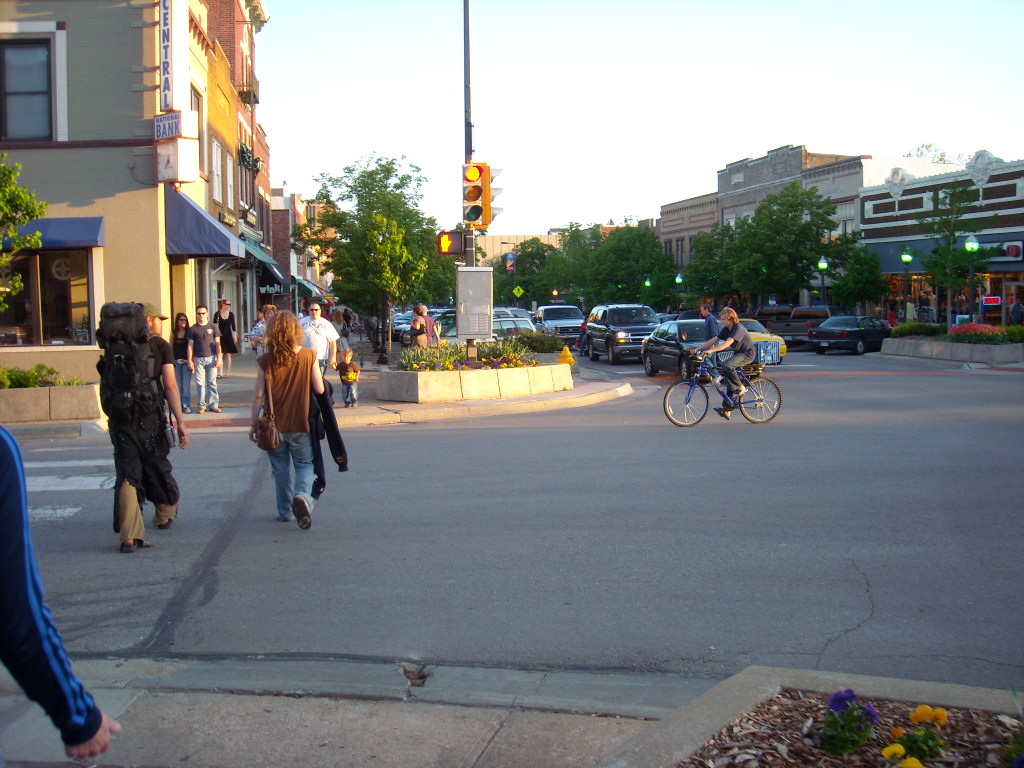 On the way to Lawrence from Fort Collins for the Free State Trail Races, Cat, Dan and I saw more billboards praising Jesus and condemning abortion than mountains or trees. After nine hours of this we were ready to tape our eyelids shut, but fortunately we did not and not only because this spared us from driving directly into a ditch.

“Lawrence looks NICE!” I exclaimed as we motored into town. My soul had just been saved from the Bible thumpers.

Cat and Dan echoed my sentiment and also remarked how Lawrence felt like Fort Collins. It is a college town with a hopping downtown, harboring a plethora of boutiques, bars and restaurants. The sidewalks were bustling with high schoolers, college kids and elders in shorts and T-shirts in the evening and women in elegant, flowing dresses by nighttime (it may have been Prom Night). Impromptu musicians looking to collect a few bucks played the guitar and violin on select blocks.

As we strolled past stores with imaginative names such as The Love Garden and posters that urged, “Become a half-naked humanitarian,” we looked for a place to eat. Actually, we came equipped with a whole list of recommended restaurants with vegetarian options, as Dan is a veggie-only eater and so is Cat most of the time, when she is not nibbling on chicken or fish.

We settled on a Mediterranean restaurant named the Alladin Café. This turned out to be a supreme choice. Here Cat had her first-ever taste of falafel, and I had a soup, salad, and sandwich. They were more delicious than anything I could have whipped up during an entire afternoon of cooking. Cheap too—and not because Cat so generously decided to treat Dan and I to dinner!

A progressive can usually sense other progressives in the area, and as it turns out, an post-trip reading of Lawrence’s Wikipedia entry confirmed that the town is a Democratic stronghold in a Republican state that’s home to Bob Dole and the world’s most hated gay-basher, Fred Phelps. Lawrence actually has a history of open mindedness and liberal thought. For example, in pre-Civil War times, it was a center of anti-slavery sentiment. The town was even named after Amos Adams Lawrence, a prominent politician and abolitionist. Its no-slavery tradition is a reason why “Free State” is the namesake of various businesses here (such as the Free State Brewing Company), or the trail races we were going to do for that matter.

“I wish we could have spent more time here,” lamented Cat as we walked back to the hotel knowing that this was our only chance all weekend to explore the town. Amen.