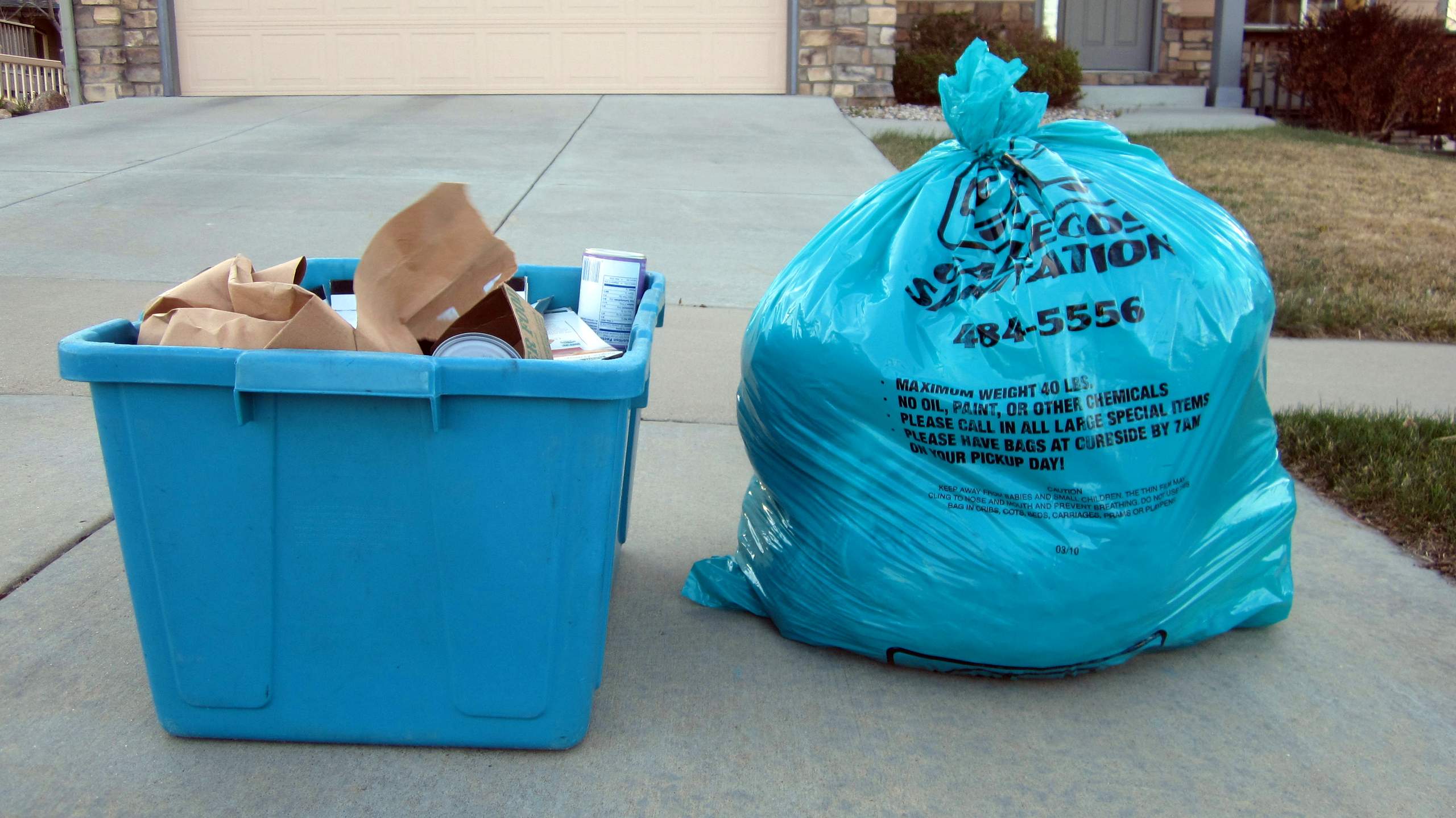 As I mentioned over four years ago, on October 3, 2007 I switched my trash plan from weekly 35-gallon cart pickup service to a pay-as-you-throw tag system. Basically, this provided an economic incentive to reduce the amount of trash I contribute to a landfill if I didn’t already have an environmentally friendly motive for doing so. The less frequently I had to put out a bag of trash for pickup, the less it costs me over time.

That sounds like a lot to me, but keep in mind that one PBS report claimed that each American throws an average of 4.4 lbs. of garbage a day—or 19 times as much!

How did I achieve this? Mostly by following the “reduce, reuse (including reselling and donating), recycle” mantra as much as possible. And not being a particularly big consumer of “stuff” in the first place.

Versus the traditional weekly 35-gallon cart pickup service, I figured I saved [$4.55/month savings in baseline service charge – 4.2 * $1.35/tag = $48.93/year] with pay-as-you-throw service. Not a whole lot, but it is a financial incentive for being less wasteful.

Going forward I can no longer buy tags from Gallegos Sanitation. Instead, I will have to buy their pre-purchased 33-gallon bags. I will be ordering 20 of them shortly. I wonder if I can make this supply of them last even longer than 4.74 years this time around.

Inflation, grumble grumble. Well, that’s an even greater reason to cut down on waste and try to be even more environmentally friendly than I have been.