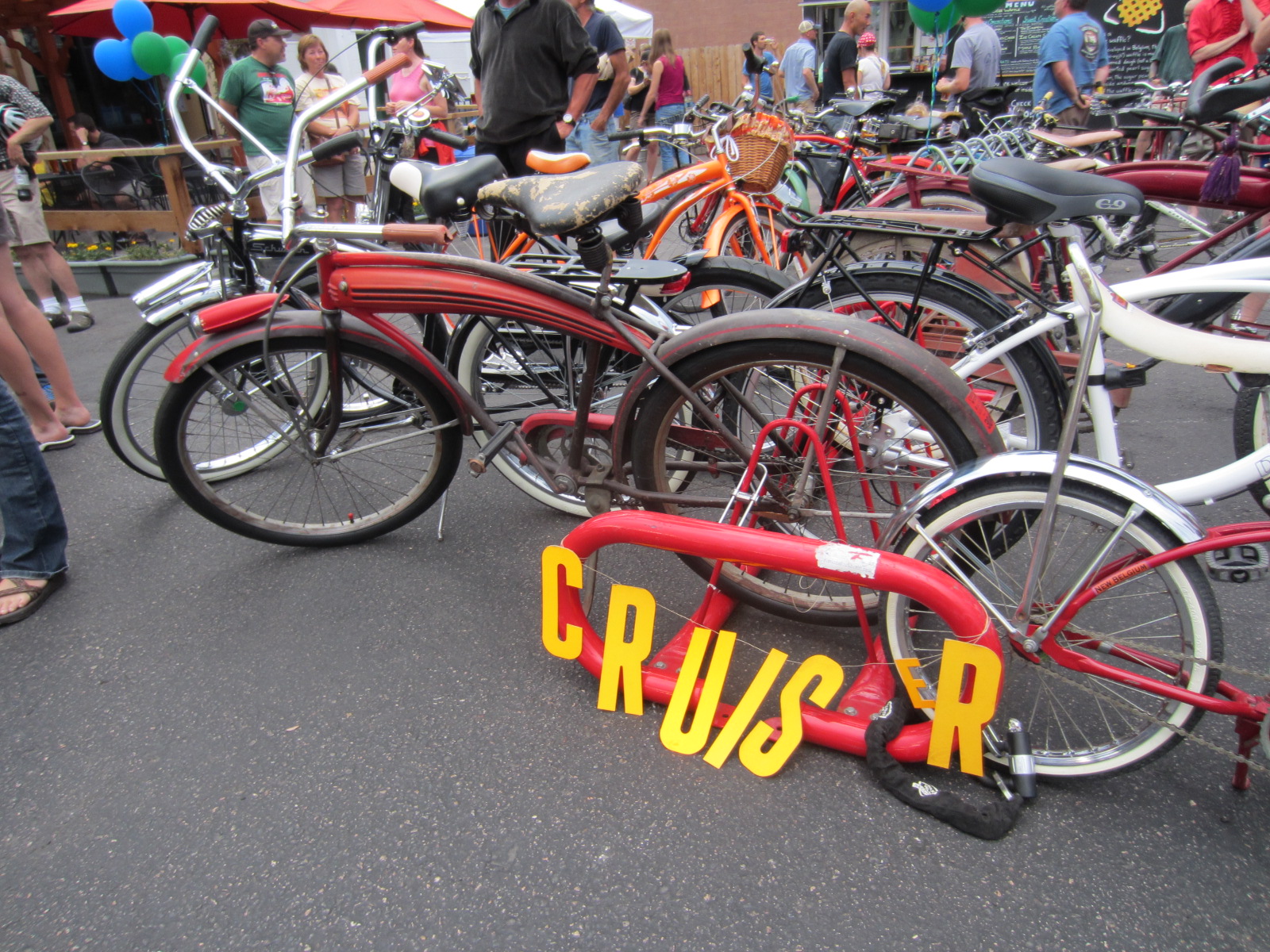 “My next bike will most likely be a cruiser,” I told Tim a few weeks back at a Bike Month Kickoff Party at the Fort Collins Bike Co-op. Alas, Tim has now moved out of state but my interest in these laid-back, classic balloon-tired two-wheelers still remain.

That is one reason I went to Fort Collins’ annual Downtown Bike Show, then. This year it was moved north a block from outside the Bean Cycle to Gearage. Good thing because there were a lot more bicycles this year.

There just weren’t cruisers too. Other bicycles included a gorgeous late 1800s Peugeot, a handbuilt bamboo strider bike for toddlers, and a few 29er mountain bikes.

But the relatively inexpensive beach cruisers ruled the roost. You can check them out in the photo gallery below.