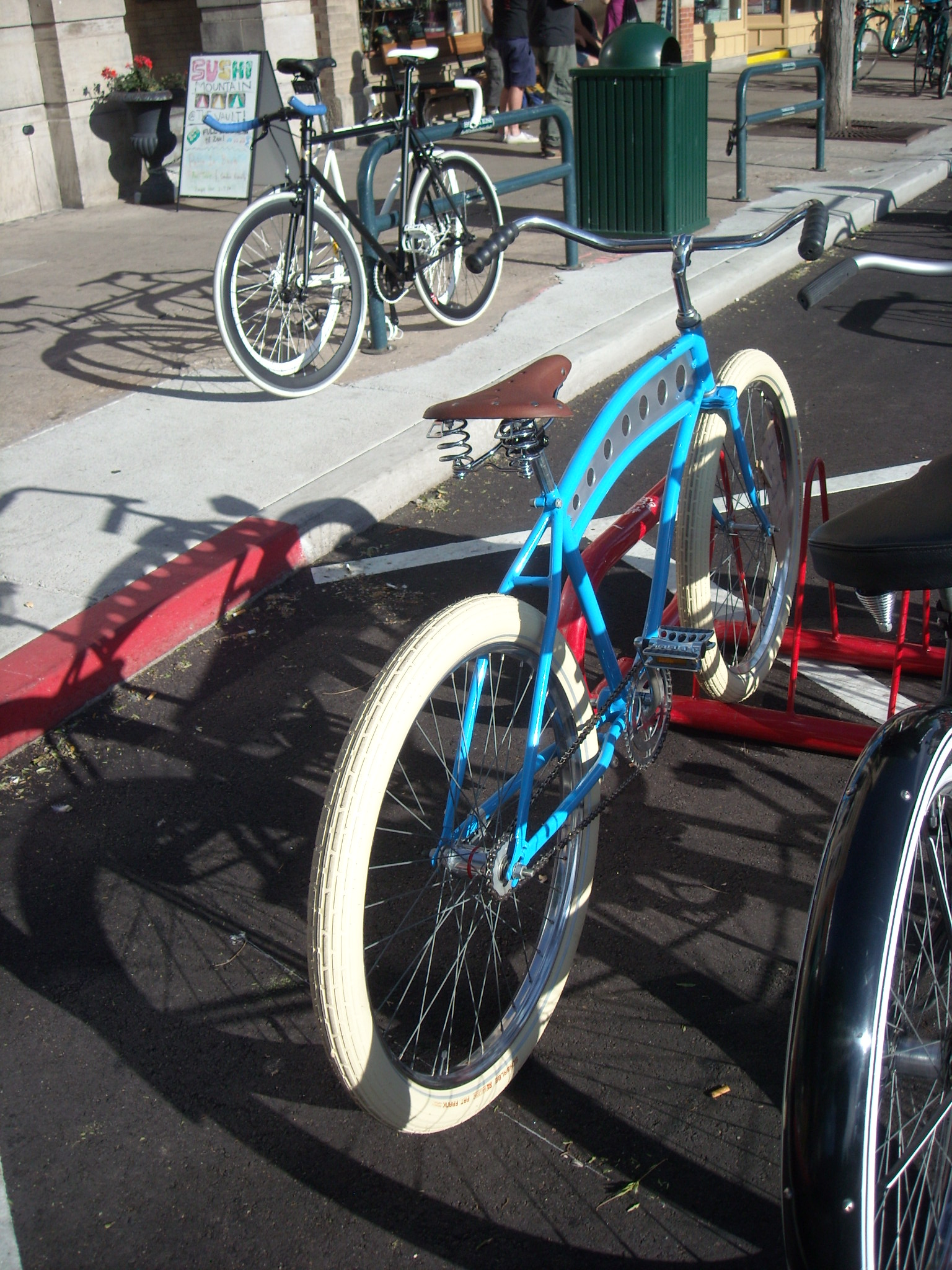 My favorite coffee shop in Fort Collins is the Bean Cycle. But it’s not because of the coffee—I have drunk only about five cups of coffee in the last decade, half of which was on a tour of a coffee plantation in Panama—but because of the art, the First Friday poetry jams, the Spanish Conversation gatherings I host there, and the bicycles. Especially the bicycles.

There are several vintage cycles hanging off the walls and the café—which is attached to the volunteer-run Matter Bookstore—not only has a lot of bicycle-related books laying around but contains bike-themed objects such as napkin holders made from sawed-in-half chainrings. It also hosts at least one biking event each year—namely, the Downtown Fort Collins Bike Show.

I could only stick around for the first 10 minutes of it, but was able to snap some photos. There was a good variety of casual, vintage, and custom bicycles, but very few race models. If I’m around next year and can get my act together, maybe I’ll enter one of my bikes.

Enjoy the pictures of the pretty bicycles.

The Hilltop Yodeler also posted some photos from the Downtown Bike Show. Apparently, by not being able to stay beyond the first 10 minutes of the show, I missed out on several bicycles, including some displayed inside the Bean Cycle.

The Matter Daily also posted photos of the bikes that won awards.