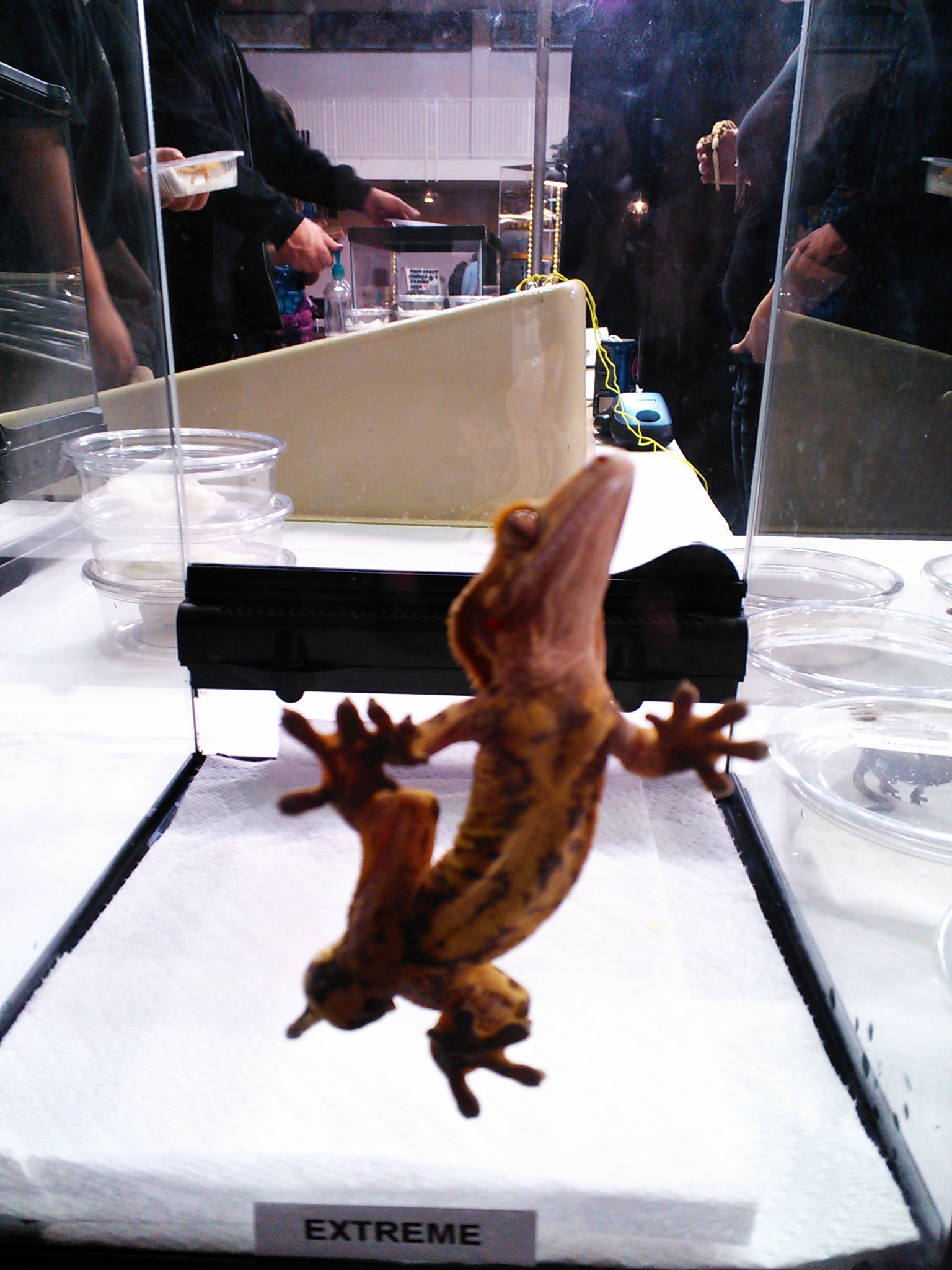 “Sure, I’ll come!” I wrote back in français. I was eager to learn more about these creatures that Colleen—a fourth-year veterinarian student and owner of an iguana and bearded dragon—was obsessed enthusiastic about.

This would be particularly educational since I have something of an unfortunate reputation for being one to confuse ducks with geese, or elk with moose. Blame it on being mentally (if not physically) absent during kindergarten, where I clearly missed learning about earthly non-humans. (Colleen even went so far as to make me a Powerpoint presentation on the various mammals in the Rocky Mountain State.)

So after making the fairly quick drive down to Denver, we ambled into a large room where children comprised the majority of the human occupants but were vastly outnumbered by scaly, wriggly things. Colleen patiently took me around and pointed out what many of these reptiles were called, and was even careful not to roll her eyes when I’d ask “what is that” while pointing to an “obvious” leather-back bearded dragon or green tree boa.

I do think I was contributing with my insightful comments, though. “Hey, that one looks like a cinnamon roll!” I observed at one point. Or: “I like froggies.”

I did learn quite a few things, however, like what a tegu was and that tortoises are NOT the same thing as turtles. (And rabbits are not the same as hares.) Again, if this seemed perfectly obvious already, remember my absentia from kindergarten.

And by the time we left, I could even sort of understand why Colleen likes reptiles so much. Some of them were even rather cute. Well, at least the bearded dragons. And little frogs. Boas and pythons, maybe not so much.