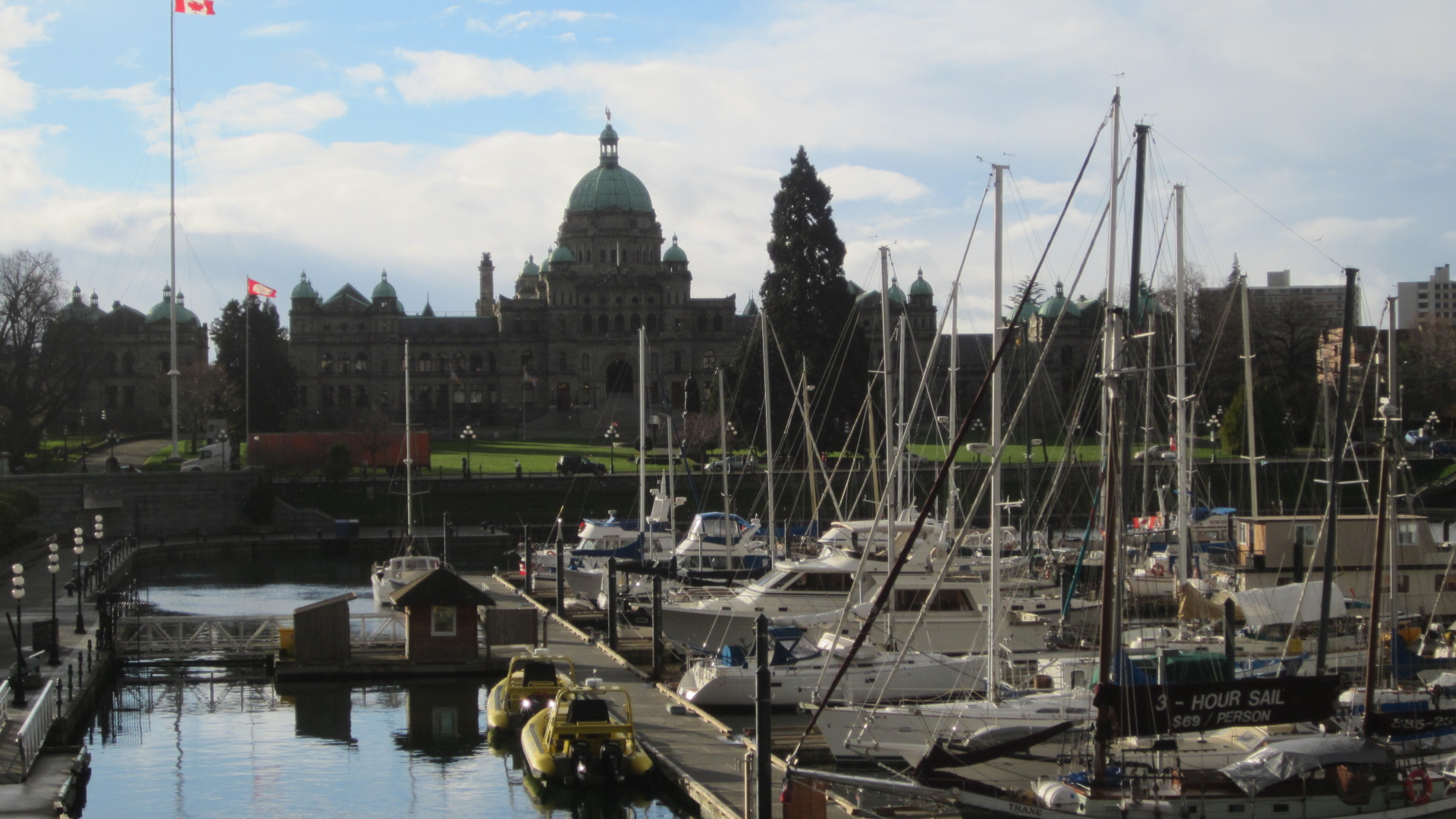 Usually while on vacation I don’t wake up at 4:40 a.m.—especially not after staying up until 11:30 the night before due to going indoor rock climbing with Mehdi. But in this particular case I was excited to spend a full day in Victoria on Vancouver Island. To catch the 8:20 a.m. Port Angeles ferry, I was going to need to put in almost three hours of driving from Seattle.

Turns out the wake-up time was just right as I boarded the ferry with just five minutes to spare. Not long after it set sail, I dozed off only to awaken about 1.2 hours later when the captain’s voice came booming over the P.A. system announcing that we were close to British Columbia’s capital city.

After disembarking and showing my passport, I did an on-my-own walking tour and then a biking tour. The latter was facility by a two-hour rental of a smooth-riding, superb-shifting Norco hybrid bicycle from Sports Rent ($12 for two hours, including use of a lock, bicycle helmet, and tool kit)—and was by far the more expedient and pleasant way to go compared to hoofing it. The sun had even burst out of the clouds by the time I was rolling on two wheels.

Before the bicycle cruising, I had a delightful breakfast at Honey Bon; a walk through Chinatown, which is North America’s second-oldest Chinatown after San Francisco’s; and fresh-tasting sushi for lunch at Azuma’s.

During the bike ride, I rode through neighborhoods of multi-story apartments and along a recreation trail by the harbor. I also stopped by the State Legislative buildings, not far from where I disembarked from the ferry.

Near here I had an unexpected treat: there was an electric-vehicle event hosted by Sun Country Highway, a Canadian business committed to providing infrastructure for electric vehicle adoption. There were several Teslas on hand, including at least three Roadsters and one Model S. There were also several Nissan Leafs and a Chevy Volt as well. I’ve never seen so many electric cars in one place.

At 4:00 p.m. my return ferry commenced its journey back to Port Angeles, which it reached in darkness. Once again I fell asleep on the boat. But the day trip to Victoria was well worth the early morning wake up time.