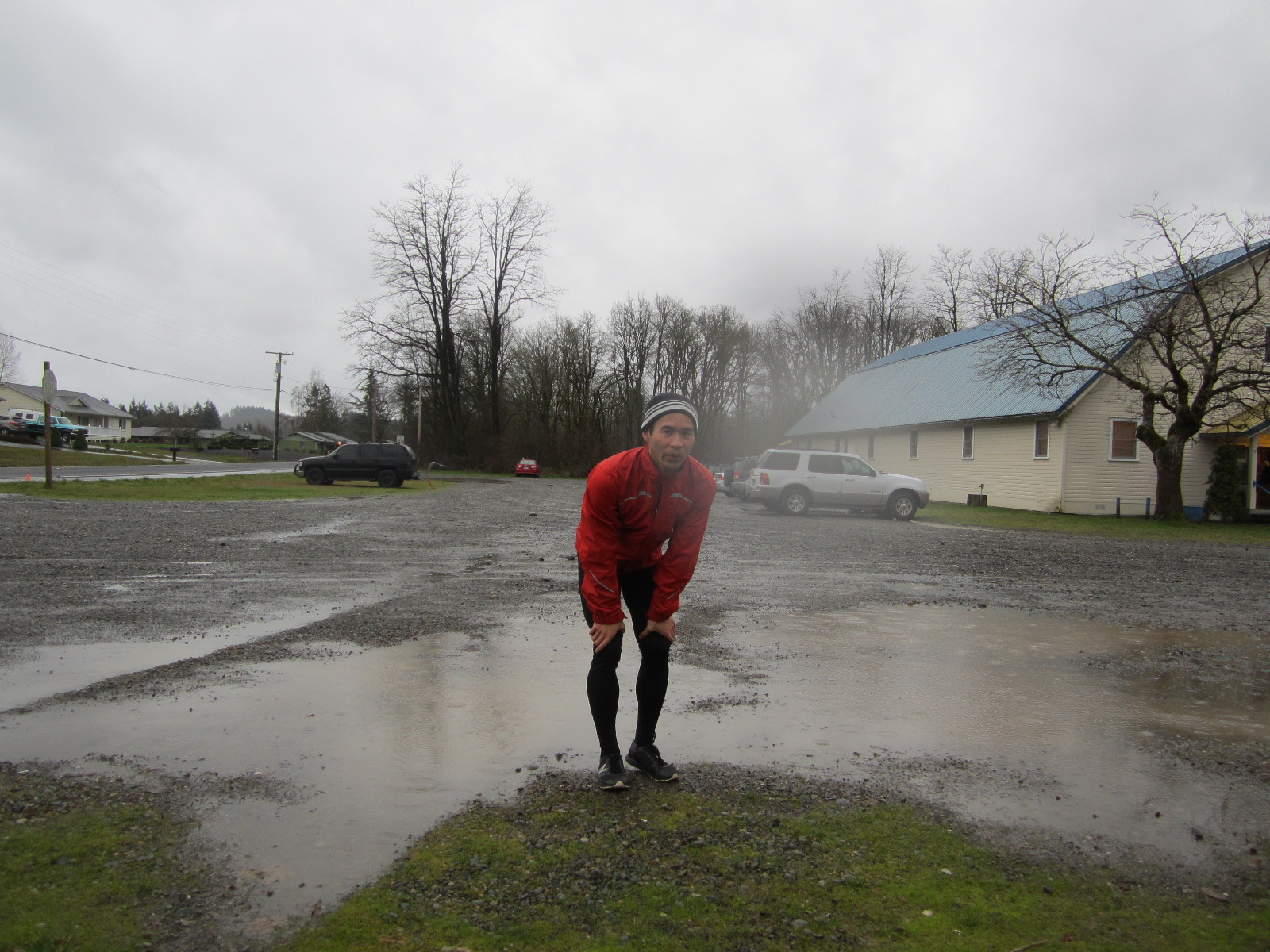 As if I didn’t already have enough compelling reasons to head up to the Pacific Northwest for the holidays, I thought it would be nice to run a marathon in Washington in order to knock off another marathon state. But I was skeptical that a 26.2-miler (or longer) even existed in that region—marathons are generally held in dry, fair-weather conditions, not shiver-inducing rainy months—and a five-minute Internet search yielded nothing. It could easily take me an hour or two to find an option that was suitable.

So as an experiment, I decided to outsource this task on Fiverr.com. Fiverr is a new website where you can pay folks around the world $5 (or more) to, say, design a logo for you, give you math or physics help, or—yes—do a couple hours of web research for you. I spent a couple minutes submitting a request and four days later—voila! A person in Nebraska I had contracted sent me a spreadsheet of what he was able to find. In it was this obscure inaugural event called the Reindeer Footraces in a tiny town 70 miles south of Seattle called Rochester.

There were options for 1 mile, 5k, 10k, 10 miles, half-marathon, and marathon distances. Of course I was only interested in the latter. So I signed up online and had three weeks to train for it.

Training didn’t go so well. In those three weeks I ran Chubby Cheeks—a winter trail race with a funny name—and that was about it. Yet that 22.5-mile run gave me confidence I would be able to finish the Reindeer Marathon with no problem since the Chubster course was more difficult than every 26.2-miler I’ve run except for the Pikes Peak Marathon.

It turned out I did finish, but I wouldn’t exactly say there were no problems.

The weather started well enough: mid-twenties but with blue sky evident. Participants got to hang out inside Swede Hall—which was about as toasty as a typical living room—before ambling over to the start line.

The race was advertised as being “mostly” on roads, which I interpreted (or imagined) as having some off-road with gooey mud and ankle-deep puddles. So I wore some New Balance MT101s, which have better traction and are more rugged than my normal Puma H-Streets.

As it turned out, “mostly” was 99.99% on pavement. I ended up wishing I had worn the Pumas instead.

My strategy was to start out more slowly than usual, and then try to run even or negative splits. What a joke that strategy turned out to be!

I finished the first half in about 1:47:xx. To be honest, I wasn’t aiming to go that slowly, but the shoes, tights, and other winter gear I was wearing seemed to be slowing me down a little. Then the skies closed up and a drizzle turned to rain, progressively getting worse throughout the run.

I was already tiring by Mile 16. Actually, it felt like almost a full-fledged bonk already. I soon started obsessing about food, but to my dismay, by this point aid stations were abandoned tables with only large bottles of Gatorade and cups present. For the first time in my life, I was craving gels.

Since most people were running the half-marathon or shorter distances, I saw very few people in the second half. So in addition to having sensations of starvation, there was also a sense of loneliness. The race was degenerating into a farce.

One bright glimmer of hope: I spotted an unopened GU gel packet on the ground. At first I gently stepped over it, but a few seconds later I did a double-take, ran back for it, picked it up and empty its contents into my mouth. A couple miles later I was feeling much better.

But by then, I had already resolved I wasn’t going to be concerned about my finish time—especially after I had spent minutes pouring and downing Gatorade at the various aid stations. So I just ran the last few miles at something like training pace in what had become wetter and colder conditions, until finally entering Swede Hall. Done.

The building (like the various aid stations) was largely abandoned, with all drinks like generic cola already gone. The lone volunteer who was there said the organizers said that runners could pick out any colored ribbon they’d like (instead of the usual—and advertised in the event description—neck medals). I picked blue which said “First Place,” although since I really didn’t care about my place nor was my finish place even verifiable with no official results, this Science Fair-looking ribbon went into the garbage can soon after I returned home days later.

The lone volunteer, perhaps noticing that I was wolfing down white bread as if a mythical god had just ended humans’ fast, then asked, “I can’t even imagine running 26 miles. How do you fuel for it while you’re running?”

I had to think about how to tactfully reply to that before settling on, “Well normally I’d love to have a couple of gels, but there were none at the aid stations.” (I didn’t mention the dropped gel packet that I had miraculously found.) She was quite quiet after that.

So the organization of this event was something of a farce, but it was fitting for the event and I’m not sure I’d have it any other way. First of all, registration costs were fairly reasonable, and considering that non-ideal time of year for running in the Pacific Northwest, I was just happy there was an opportunity to run an organized marathon here at all.

Participants also received this T-shirt, surely an instant winner for a future Ugly Christmas Shirt contest. I’ll be saving it for next year. Maybe Fiverr.com can find me another obscure marathon to do.

The signup page advertised, “RESULTS: Will be available after the race is finished and be posted at www.ontherun.com, www.racecenter.com and www.nwrunner.com,” but at the time of this writing (January 6, 2013), they are on none of those sites.