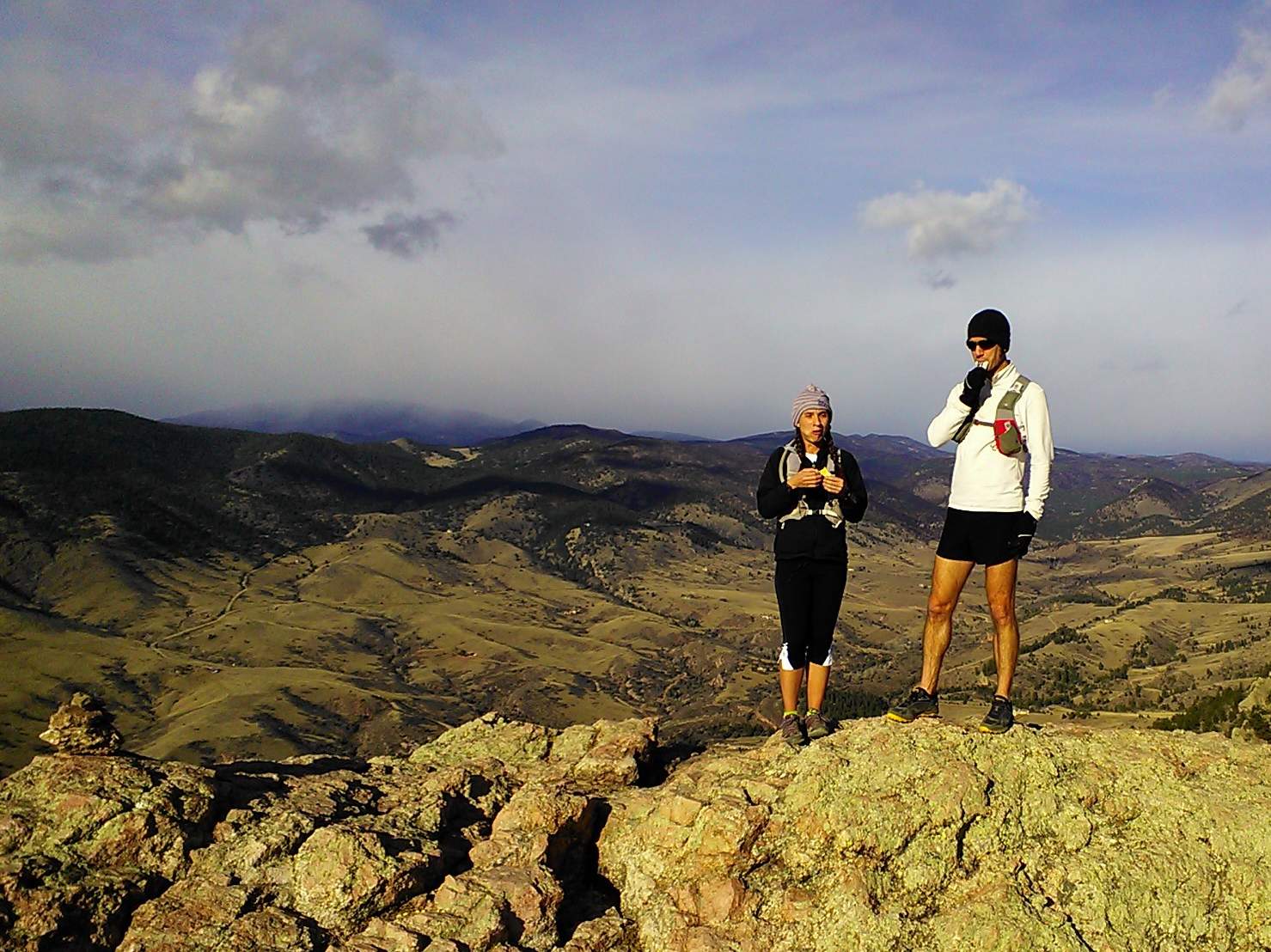 The amount of preparation I had done for a run that had “tons of climbing” advertised as many times as there were ascents was nearly as laughable as the John McAfee saga, but that was just as well. Guess I’m a believer in the shock-your-body-into-shape approach.

While this was a self-timed race, this was more of a training run for me: a day to do my first real trail run of the year and enjoy being in the mountains. I chose to do the Junior Varsity course, which ended up being 22.5 miles, not the advertised 20.

I started with the nine o’clockers and ran behind Victoria—who knew the course and trails by heart—for the first half. Then I ran solo, which tested my own route-finding abilities and gave me an opportunity to run a little slower. Just as well, as my quads started to cramp up a little bit for the first time at about Mile 16 and I had to walk a good part of Towers Rd.

Finally, with a few miles to go, two runners came up from behind: my friends Cat and Pete. Both of them had started out earlier due to running the 50K course. It was especially good to see Cat—my running buddy in both the Free State 100K epic and her 47-mile birthday run—and we ended up running all the way to the finish together separated by no more than 50 feet at most times. Just like those other times.

When I got to the finish line—Nick’s house—the splendid weather of the morning had just about given way to a frigid wind- and (light) snow-storm. His home was packed like sardines in a can with ultra-runners, but there was plenty of food to go around. Chocolate cake never tasted as good as after a quad-busting day in the beautiful woods.