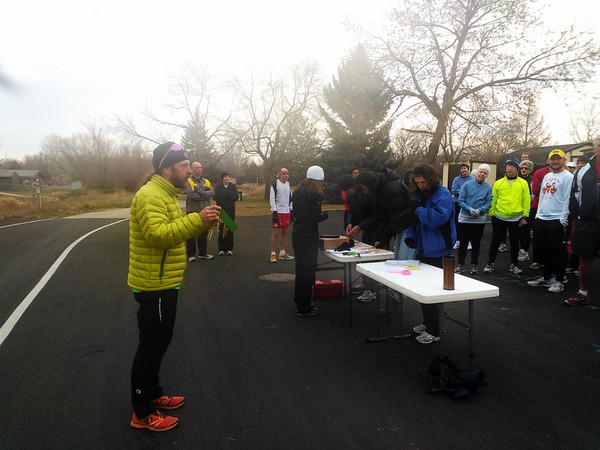 After last month’s Warren Park 5k, I resolved that I “should probably run more than 10 miles between now and the next Tortoise and Hare race.” I ended up doing so, but barely.

Considering the outcome of today’s race, it was not enough.

The weather forecast started out optimistically. When I left the house the temperature was 32 degrees, or 31 degrees more than the December 2006 T&H race. I was even going to run in a singlet and shorts. However, after talking with other runners at the start, I was late to warm up and remove my warmup gear, and only managed to get my pants off before starting five seconds late. Probably wouldn’t make a good male stripper.

I started out conservatively (6:40/mile pace) but never got comfortable. And after 2.75 miles, my body was pretty much spent. I was really wishing this was just a five kilometer race, not six. But there was a mile to go and I just faltered like a sputtering Trabant.

When I crossed the finish line, the Garmin said 25:55 (6:57/mile pace). It is a whole minute longer than my next slowest Spring Park 6k, but what could I do? I just wasn’t feeling physically in shape and mentally was not there.

The next T&H race is eight kilometers (five miles). The good thing about dismal performances is that they are good for motivation to put in the training miles for next time.