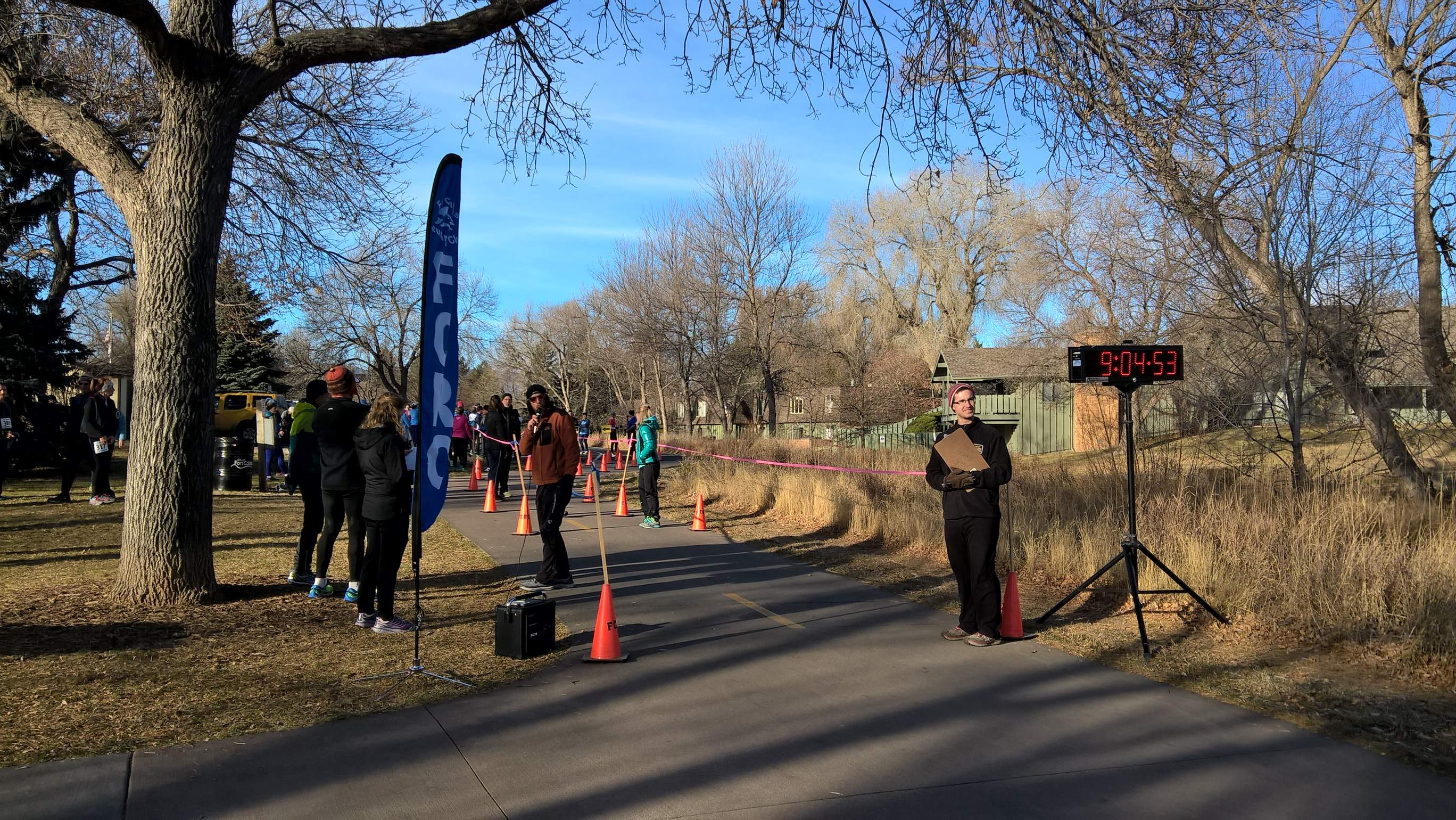 I was texting about this morning’s six-kilometer Tortoise & Hare race at Spring Park but the normally accurate Word Flow keyboard interpreted my lazy finger swipes as something else. “Torture & Hate,” it read.

I chuckled before correcting the typos and sending the message. Maybe the Windows phone was trying to tell me something, I thought. After all, it was only 15F—or about 14 degrees under the low predicted by Colorado’s not-so-accurate weather forecasters.

Normally I wouldn’t think that double-digit temperatures were that bad. But I had volunteered to help send off runners in their appropriate staggered-start waves and during the 40 minutes I was standing around, skin and muscle had cooled considerably. When my turn to run came, I could not feel my feet. The sensation was like running on airbags.

The other person in my wave was a lanky youngster who was probably middle school age. I stayed a few steps behind him until the halfway mark. “So far so good,” I thought despite still having no sensations in my toes (or hands for that matter).

Unfortunately, I slowed down a bit after the turnaround and never fully got back up to speed. As the teenager run away from me I focused on my cadence and turnover and staring at the ground only five feet in front in order to maintain an optimal slightly forward lean. Yet, I never again clocked under a seven-minute-per-mile pace until the finish line was in sight.

I crossed the finishing tape in 25:09, which was actually not too disappointing for six kilometers. But was the course short? Other runners were murmuring that their Garmins measured the course as 3.68 miles instead of 3.73. My Microsoft Band 2, which is usually very accurate, read 3.60 miles.

Oh well, considering the conditions and no warm-up due to volunteering, I was looking at this as more like a fast training run than a race anyhow. Too bad a few moments after I finished, warm blood immediately started rushing back into my vaso-constricted hands. This resulted in massive pins-and-needles sensations in my fingertips and I spent the next five minutes walking around shaking out my hands like a Muppet who had just lost his mind and marbles.

Hate would be too strong of a word to describe the situation, but torture fits the bill nicely.