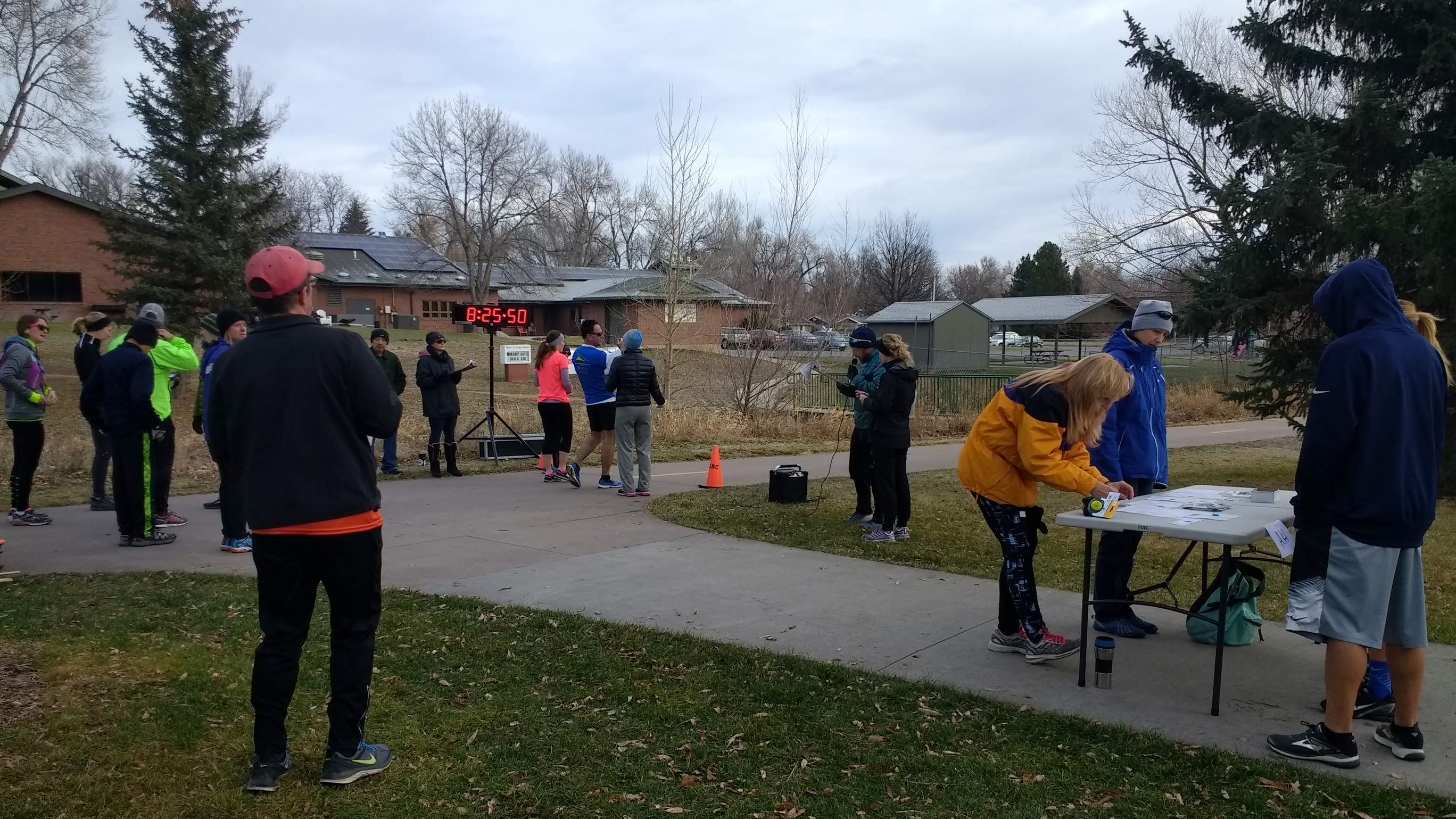 “My wave today is based off last year’s results when I was a bit faster,” I explained almost apologetically to some friends who were starting in earlier—or slower—waves in front of me even though they really should have been starting behind me. You see, in the Fort Collins Running Club’s Tortoise & Hare races, the slower runners start first and the faster ones start last, and in theory, everyone should finish at the same time. A computer algorithm determines the athlete’s predicted times and start waves. Ironically, I wrote both the algorithm and the software for the FCRC—and indeed it is usually amazingly accurate, assuming that a runner has been doing at least maintenance training and his or her fitness does not change drastically over time.

Alas, in my case, my running fitness went into rapid decline since boarding a plane to the Iberian peninsula in early September and did about 700 miles of slow walking while sightseeing through Portugal and Spain and then hiking the Camino de Santiago. When I returned to Colorado in late October, I started running again, but I haven’t had time to run more than a few miles during each training session, aside from one 10k training run and the Bowling Green Marathon that was more of a trudge at the beginning of November. So I knew my speed wouldn’t be what it was even three months ago.

“But that’s ok,” I said to another friend later. “The important thing is that we came out to run today, regardless of how cold it is.” (It actually wasn’t too terribly cold; around 30F.)

The race actually was going well for me during the first half of it. I felt like I had some decent speed and my breathing was under control, and was running efficiently, hitting the apex of curves like a Formula 1 driver would. I was kind of surprised when the other runner in my wave—a young lady named Jackie—did not blow by me right away, and in fact, I had several steps on her until the turnaround. The Garmin flashed 6:30 after Mile 1 and 12:25 at the halfway point, which was even slightly ahead of the computer-predicted pace!

But after making the U-turn, my legs did not feel so great and my pace slowed. I spent most of the second half running at 7:20-7:30/mile pace, despite the encouragement offered by my speedster friend Chris who passed me shouting “come on, buddy!” a few times.

With 300 meters to go I was able to pick up the pace again to avoid having a disastrous time. In fact, I was content with the overall average pace of 7:03/mile that the Garmin showed, considering how much I had slowed in the second half.

Rather than being discouraged, I was happy about the sensations I had in the first half. I felt speedier than a lawn tractor for the first time in a while. My body is remembering how to run; it just needs some more training to recall how to run fast for more than two miles.