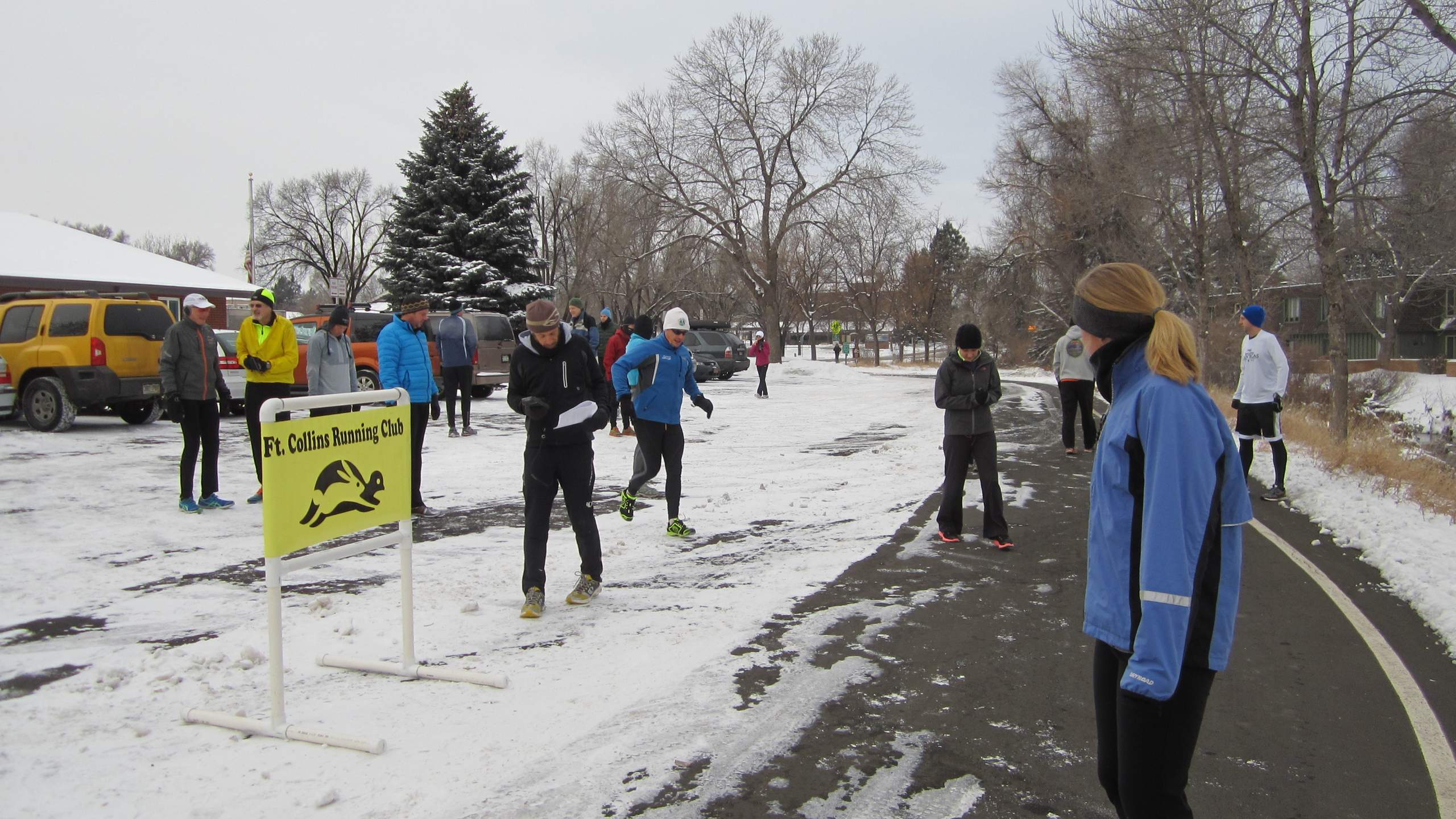 Drastic conditions often call for drastic measures, so once it was apparent that this year’s Spring Park 6k was to be run in frozen tundra, I knew it was time to bust out my secret weapon. What was the secret weapon? Here’s a hint:

The warnings on the back of this package read:

Do not use this product:

Remove immediately if it becomes uncomfortably hot. IF NOT USED CORRECTLY, HIGHER TEMPERATURES MAY OCCUR, WHICH COULD CAUSE BURNS.

“Could cause burns” in screaming all-caps sounded excellent to someone starving for heat much like “could cause fire” is music to the ears of a raging pyromaniac. If this product could char leather, surely it must be warm enough to keep me warm at five degrees Fahrenheit—the temperature of the start of this Tortoise & Hare race.

Anyhow, do you now know what my secret weapon was? The answer is: chemical hand and toe warmers.

I crammed the toe warmers above the toes in between two pairs of thin socks, and the hand warmers in between liner gloves and lobster gloves. In addition to all this, I wore tights, a long-sleeved technical shirt, a windbreaker and a fleece hat that had a an integrated mask to make me look like a bank robber. While I had no intention of holding up a teller at Wells Fargo, this essential piece of cold-weather gear did keep my head, ears and face tolerably warm, except for perhaps my nose, which another runner would later tell me, “Your nose looked white while you were running.”

And speaking of the run: considering the ridiculous temperature, ice on the trails which cost me at least 10 seconds per mile due to weaving and gingerly stepping, and a second-half slowdown (positive split of almost a minute), I felt I put in a good effort. Never mind that my final time was the slowest of the five Spring Park 6ks I have done; this (6:59/mile pace) was, by far, my best performance in sub-10-degree weather.

After I sprinted to the finish line I noticed women’s long eyelashes were covered in frost, but wasn’t cognitive enough to take a photo of this fascinating phenomenon. Plus, I had another immediate concern: my hands! As I quickly cooled down and blood started rushing back into mis manos, I felt the most excruciating pain I’ve had in a long time. It also lasted pretty long—at least 10 minutes—even though I had retreated back to the car and sandwiched my hands between my butt and Teeter‘s heated seats.

Give my secret weapon a giant F for FAIL, then.

Good job considering the weather! I will have no special weapon for tomorrow's planned long run, just some extra warm clothes! ↩ Reply

Thanks Adam! Good luck and stay warm during your half-marathon tomorrow---12 in 12 months! ↩ Reply