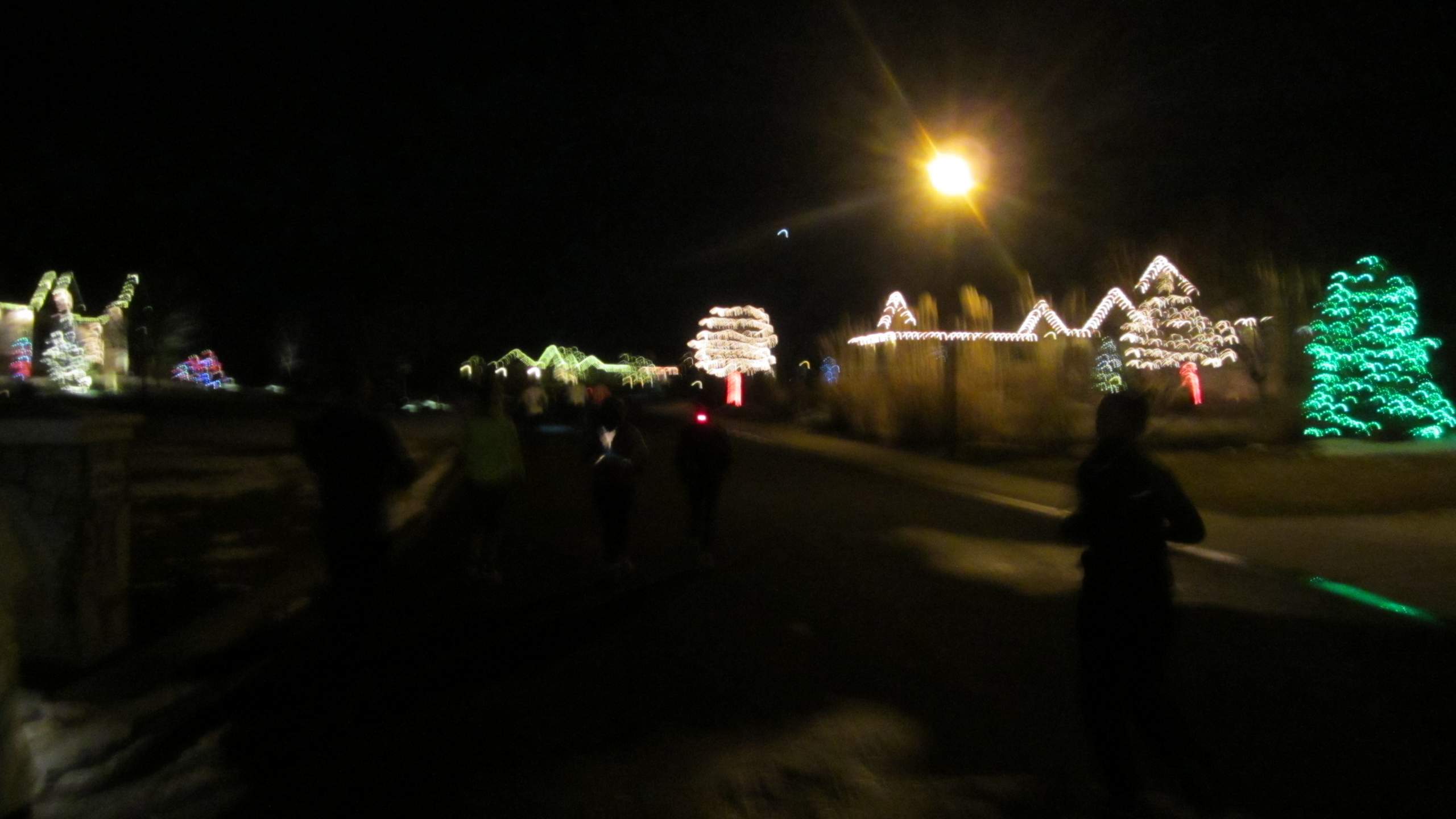 One tradition the Fort Collins Running Club has during the holidays is to run through a neighborhood on a December night before feasting on a smorgasbord of homemade, member-brought food. Purportedly, this is to admire all the holiday lights and not necessarily to fool the neighborhood residents that their homes were being invaded by Ruldolph the Red-Nosed Reindeer.

This year we ran a three-mile route through the Fossil Lake community, led by Katie B.’s son Henry. All of us were happy that instead of single-digit temperatures festooned on the Front Rage during last week’s cold snap, the air was a balmy 40 degrees Fahrenheit. Judging by all the colorful LEDs on the majority of homes, the Fossil Lake residents really get on their holiday cheer.

Afterward, we ate stews from crockpots and a plethora of cookies and desserts, including chocolate zucchini bread that I made and was passably edible. Some of us even ate vegetables.

Participants were also given free cowbells with the Fort Collins Running Club logo. Next year we should use these during the lights run; we could pretend to be Rudolph the Red-Nosed Cow.