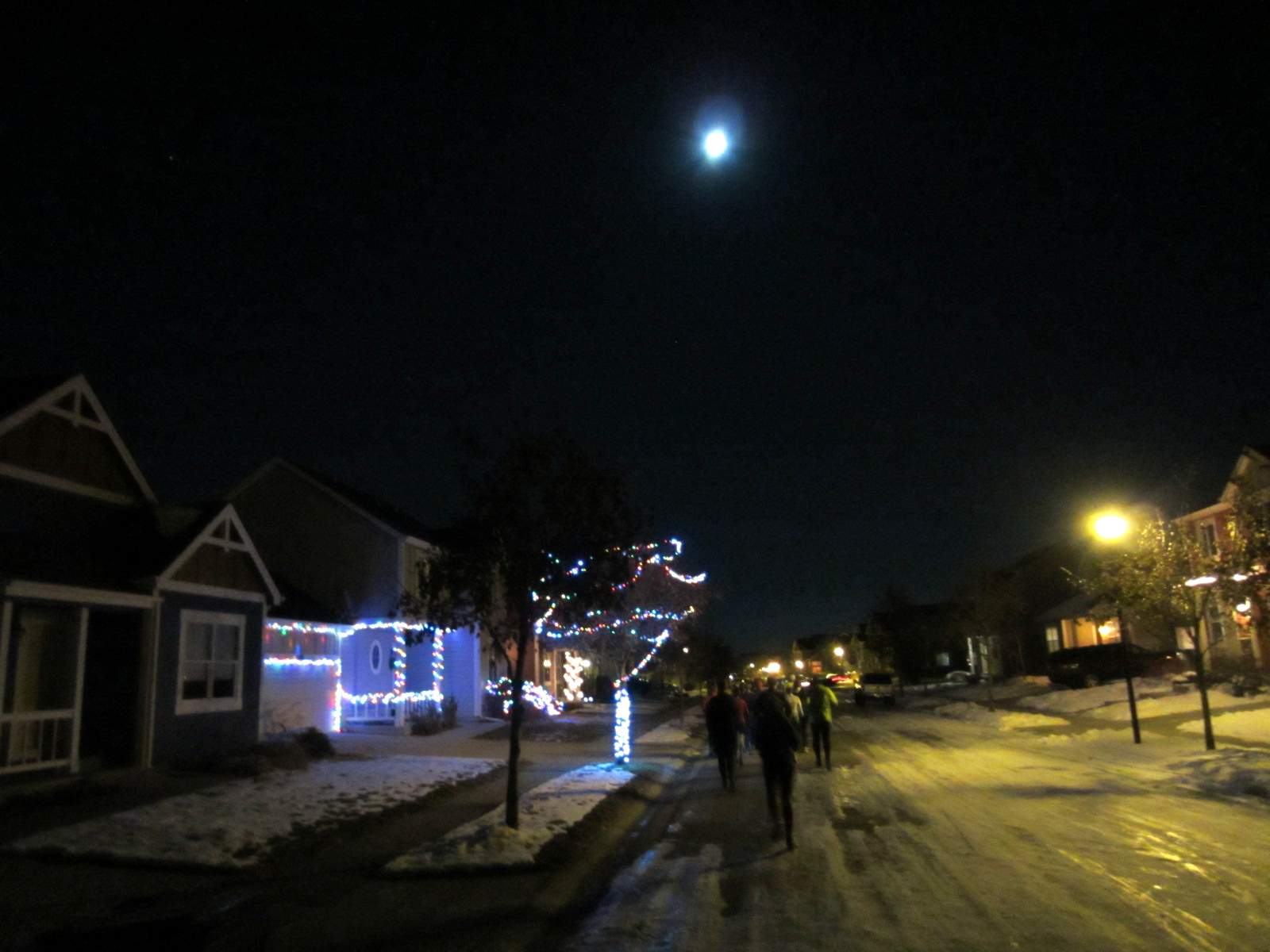 “Could I bring blueberry waffles as an entrée?” asked Kelly, alluding to the upcoming Fort Collins Running Club’s annual Holiday Lights Run. “Sure, why not?” I replied. A few days later at a FCRC board meeting, the officers seemed to concur.

“Who won’t want to eat waffles?” one asked rhetorically. Yes, who wouldn’t?

Especially when they were a bit more upscale than the Kellogg’s Eggo variety. Kelly’s turned out looking more like a caserole fit for a breakfast loving king:

I was a bit more conventional with my dish: a pesto-laced pasta salad. This, along with all the other food every other attendee brought, ensured that no runner was going to faint from famine after prancing around the Harvest neighborhood to admire the holiday lights.

Or try to admire them. Leading the runners was FCRC President Connie, who likes to run like a sleigh of elves is chasing her. This year she posted one of the top three marathon times for women living in Colorado age 50 or higher. So not surprisingly, there was no way she was going to stop or slow down for a photo op. Kelly and I found ourselves off the back pretty quickly—maybe a few minutes after I nearly got trampled by the running group while trying to take a picture of them—only to be joined by a few other stragglers, and one woman whose calves were interminably cramping.

Afterward we sauntered into the Harvest clubhouse to mingle, drink, and eat. As Connie would later say, would later say, it was a fun time and great to get to know the other members better. Those waffles were good too.