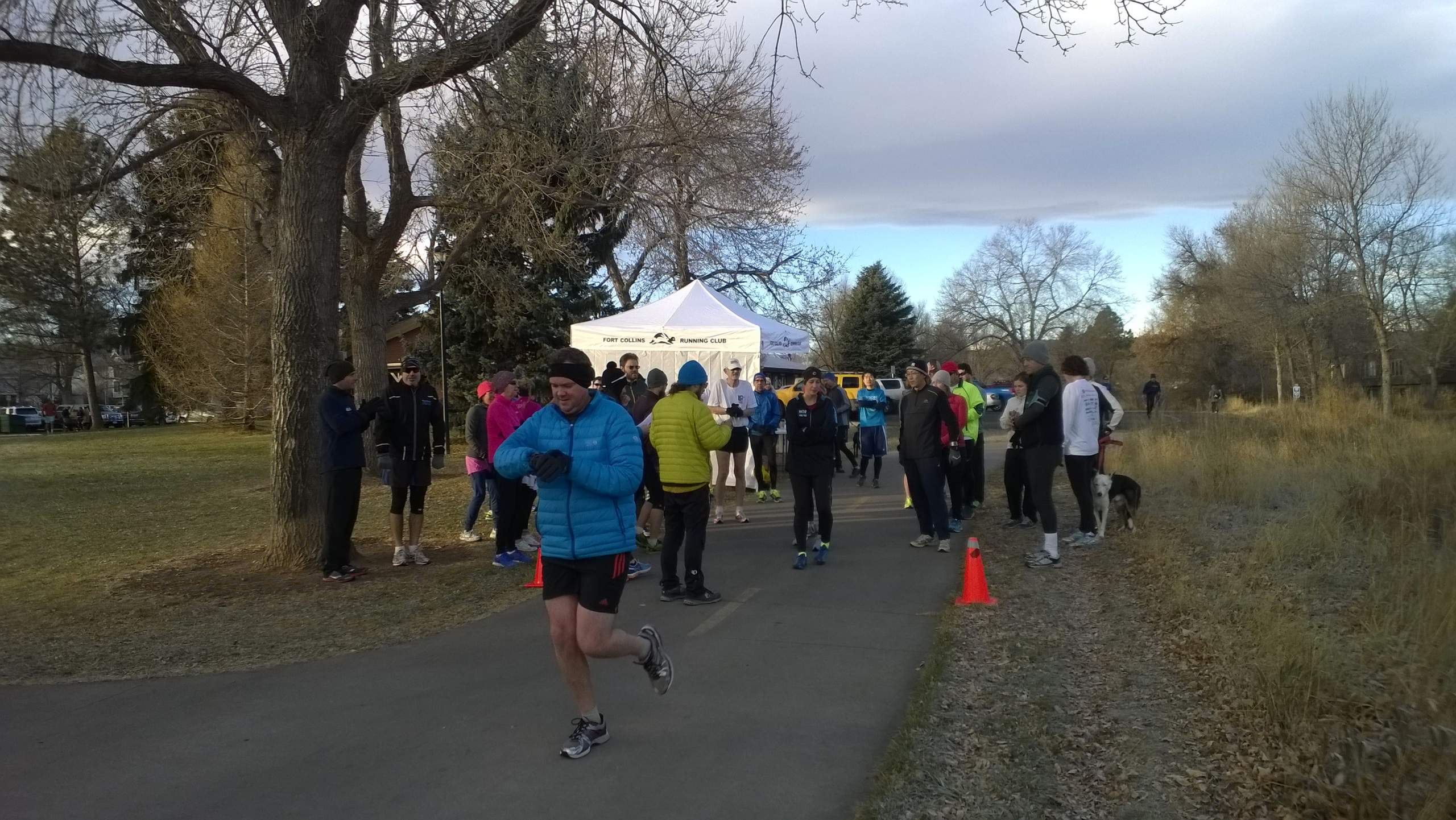 It’s December, and unlike in last year’s Spring Park 6k the temperature at the start of this Tortoise & Hare race was actually above freezing instead of a bone-congealing 5F. In fact, I even ran this race in shorts. The conditions actually had the makings of a great December race—if only I felt in the mood for racing great.

As it was, my confidence was fairly low. Although I still was running three times a week, my runs were generally no more than two to four miles. More troubling was that my speed just didn’t seem to be there. I once time-trialed a 3K (actually, 3.2-mile) route from my neighborhood, and practically hyperventilated the final uphill mile at a 7:XX/mile pace.

So this was a race I just wanted to run conservatively without any crazy efforts. Accordingly, when I started the race in last position—10 and 15 seconds after our fastest women, Sarah and Nicole—I made no effort to keep up with either of the women.

Instead, by the turnaround, I got within a couple seconds of Alex and then just kept pace with him, as we are really close in speed. It wasn’t until the final 100 meters that I picked up the pace with a strong sprint. Maybe I waited too long as I definitely felt that I finished the race with something in reserve. In any case, by the end of the run, I finished under 25 minutes (6:39/mile) which I was pretty pleased with considering I was fully expecting to be running in the 6:40s or worse.

Less pleasing were my hands. Just like last year, about a minute after I finished my hands were in massive pain for about 10 minutes from warm blood rushing back into them. Maybe my gloves were constrictive during the race and caused this phenomenon. I found it interesting that nobody else had this problem—in fact, many people were taking off their gloves during the race, indicating that they weren’t too cold.

The two people posting the fastest times were Nicole and Sarah. Women ruled the day, but none of us guys minded. It was a beautiful, unfrozen morning—never mind my hands.